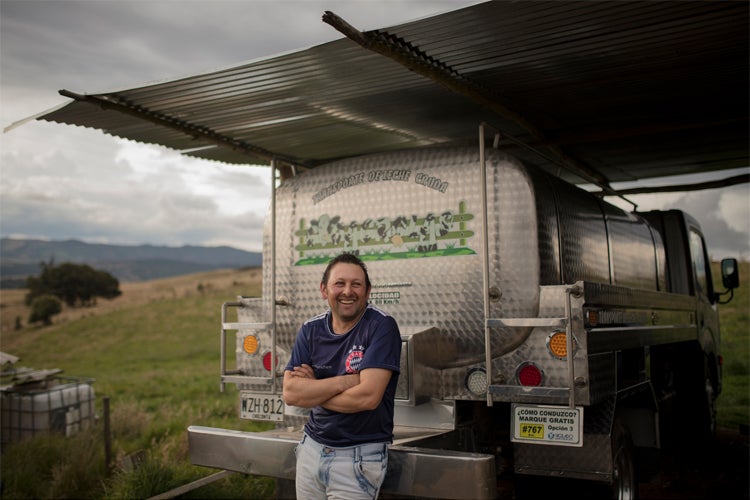 In the early 1990s, Colombia’s road infrastructure was a maze of poorly maintained roads and bad highways. Difficult geography—the Pacific coast jungle and the Andes branching out into three chains—made it harder to improve road conditions and connect isolated communities. Conflict, corruption, and short-term political priorities contributed to the problems plaguing Colombia’s road system. But just as influential were the problems with the nation’s existing concession contracts that had wrong incentives, created opportunities for renegotiating signed contracts, and assigned unproportioned demand risk to the Government of Colombia.

In a country as big as France and Spain combined, highly mountainous areas dangerously curved most of Colombia’s roads and reduced many to just one lane. Another problem was the road design and the quality of construction materials and maintenance, which made numerous roads unsafe and susceptible to the country’s annual heavy rains. Some accounts showed the poor quality of Colombia’s highways and roads made it cheaper to send a shipping container to Asia than to transport items from a Colombian port to an inland city.

Given the pivotal role that roads play in supporting economic development, fixing Colombia’s roads was a priority , and thankfully, a lot has changed. By the time I moved to Bogota in 2011, Colombia had been expanding its road network through three different “generations” of Public-Private Partnership (PPP) road concessions. But despite improvements in each generation, the concessions still suffered from several problems, such as an imbalanced risk allocation. This led to the development of the fourth generation of road concessions, a more standardized mega-road program (4G) that operates under the country’s new PPP law (Ley 1508) and has piqued the interest of international investors.

With a strong track record of successfully tendering highway concessions, including the Bahia Federal Highways and BA-093 Highway in Brazil, Colombia’s government requested the International Finance Corporation's (IFC) PPP Advisory Services team to help design a fourth generation of road concessions (4G) that would attract an estimated $24 billion in investment to build and rehabilitate some 8,000 km of the nation’s most important transport arteries. This was no small task and required the resources and expertise of the entire World Bank Group to succeed. The World Bank’s Transport Practice and IFC’s Advisory Services led an effort to help the country address institutional challenges by strengthening legal and institutional frameworks to better enable successful and sustainable PPPs. They also bolstered the tender process, including by increasing transparency.

Between 2011 and 2014, IFC worked with the government and local advisors to put in place a standardized process and PPP contracts, and supported the structuring of three pilot transactions for the 4G program. IFC also added its financial markets expertise, partnering with Colombia’s government and the Development Bank of Latin America (CAF) to create La Financiera de Desarrollo Nacional (FDN), a national infrastructure development bank, investing $70 million in FDN and advising FDN on creating and delivering products that would encourage investment in the country’s infrastructure.


The 4G successfully improved risk allocation and aligned the incentives for everyone involved to reduce the number of contracts and prevent renegotiations. It also brought about homogeneity—a consistent high standard in terms of contracts, road construction, and service quality.

Though this was begun years ago, it is an illustration of the World Bank Group’s current emphasis on maximizing financing for development. In Colombia, we have been working with the government to formulate the policies, regulations, and financial and market conditions that would attract significant private sector investment in the nation’s roads, while freeing up scarce public resources that could be used in other sectors, including social sectors.

Despite the scale of the program, many infrastructure bottlenecks in Colombia remain, and the ability to identify, anticipate, and address them will be critical. First, such a program implies tight follow-up with the country’s overall fiscal priorities and pressures (which in the case of Colombia have led to fiscal reforms and induced a slowdown in the implementation of the 4G program). Second, whether Colombia will be able to continuously secure international financing for road projects, for example, is yet unclear due to the exposure to local currency risk, particularly in the context of historically low peso against the U.S. dollar. So future financing will depend heavily on the financial capacity of local banks to satisfy the financing needs of the 4G program and other important infrastructure projects.

Expanding access to Colombian pension funds as another sustainable source of local long-term financing will be necessary to implement these PPP projects. To help secure future funding, IFC has provided training to build up pension fund capacity to invest in infrastructure bonds, and in January 2016 a $400 million IFC-backed infrastructure fund was launched. The fund is expected to play a critical role in financing large-scale infrastructure projects in Colombia—by mobilizing pension funds.

Other key factors in the success of Colombia’s future road projects will be reasonable timelines, quality control, more careful selection of technically-viable projects as PPPs, coordination through multi-stakeholder steering committees, and global promotion as a country that is “open for business.” But the market for investing in the Colombia’s transport sector has been created and is taking root .

Living and working in Colombia gave me a front row seat to the country’s recent transformation. Despite some setbacks in securing an end to over 50 years of conflict, a new peace agreement was signed in November 2016 between the government and the commander of the Revolutionary Armed Forces of Colombia and ratified by Colombia’s Congress. Now that the country is at this critical crossroads, infrastructure that brings communities together and provides economic opportunities – like the 4G road program – is more important than ever for paving the way for Colombia’s continued progress .

In Colombia, High Hopes That Roads Will Boost Jobs, Incomes

Coming together is the way forward: Maximizing Finance for Development Actually , social conflict between the government and the revolutionary forces in Columbia reninds me with the social conflicts between the governments and militias forces in Africa , these conflicts exhauseted the potential abilities of these countries and deprive their people from a decent life , we all remember the ethnic conflict in Rawanda, South Africa and other African countries which led to loss of lives and money of these countries and led to the isolation of these countries from progressive technology.
The World Bank needs to work in social stable environments to be able to help these countries with it's full capacity.
Yours Very Respectfully,
Dr. Mohamed Taher Abdelrazik Hamada, Ph.D
*edited for privacy*

I am pleased to hear that PPPs are receiving a fresh boost from the IFC and the MDBs in Colombia. However, I always worry that too much may be expected from PPP investment, while too little attention is paid to the fiscal risks involved in PPPs in public services. It is encouraging to hear that these issues are being addressed in Colombia in a more sober and realistic fashion, and that the government will continue to carefully monitor and control the fiscal risks in these projects.

Highly insightful paper. Issues raised are relevant to most of developing countries.