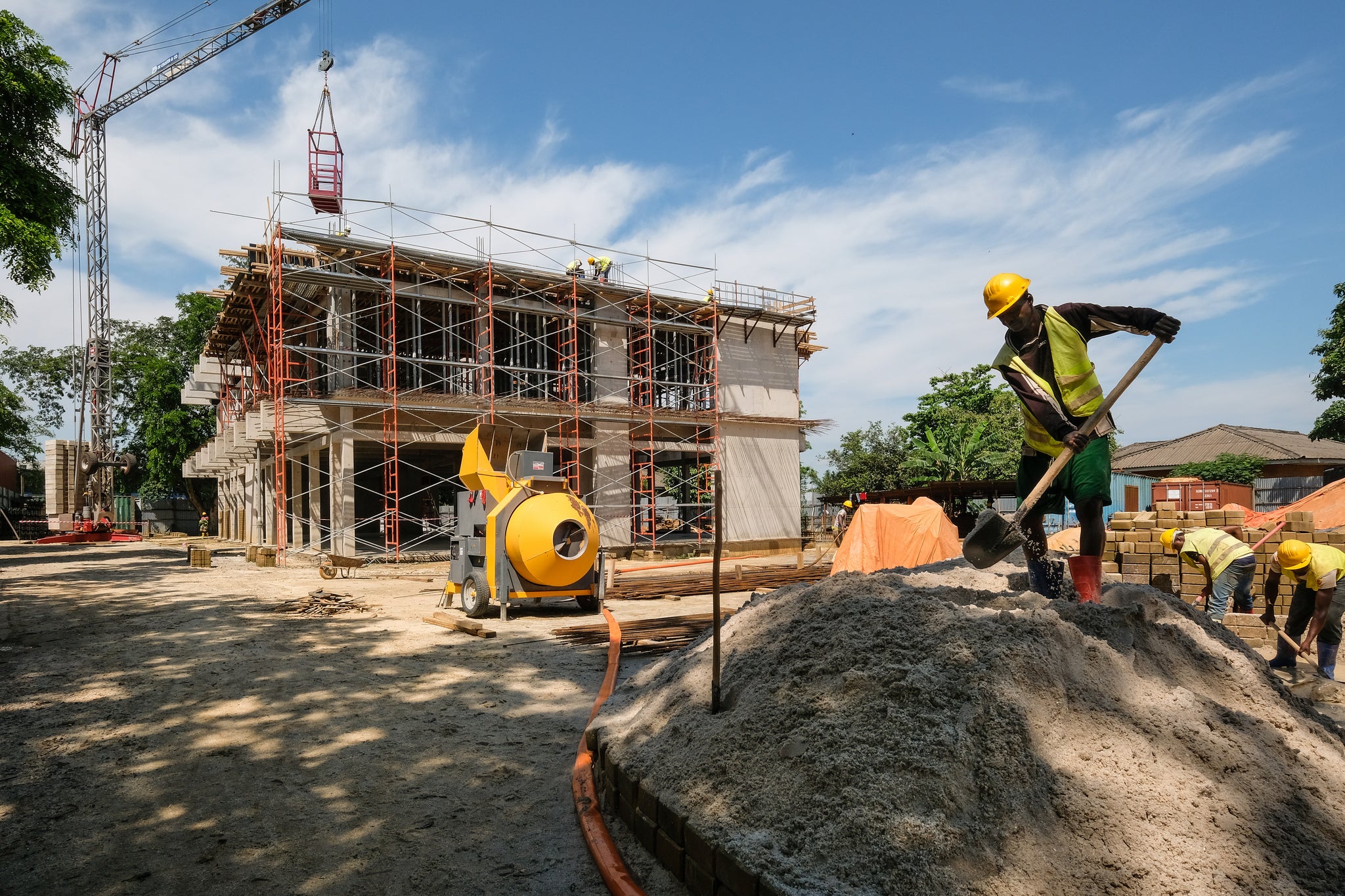 Africa is a continent rich in natural resources and boasts a large young, ambitious, and entrepreneurial-minded population. Harnessed properly, these endowments and advantages could usher in a period of sustained economic growth and increased well-being for all Africans.

However, a lack of modern infrastructure is a major challenge to Africa’s economic development and constitutes a significant impediment to the achievement of the Sustainable Development Goals.

According to a recent report by the World Bank, there are varying trends in Africa’s infrastructure performance across key sectors and regions. In telecommunications, Sub-Saharan Africa has seen a dramatic improvement in the quantity and quality of infrastructure, and the gains are broad-based. Access to safe water has also risen, with 77% of the population having access to water in 2015, from 51% in 1990. In the power sector, by contrast, the region’s electricity-generating capacity has changed little in more than 20 years. At about 0.04 megawatts per 1,000 people, capacity is less than one-third of that of South Asia, and less than one-tenth of that of Latin America and the Caribbean.

Facing the dearth of infrastructure funding, an increasing number of countries, notably emerging markets and developing economies (EMDE), are turning to Public-Private Partnerships (PPPs) in order to tap private capital. Although PPPs cannot fully solve this problem, they can provide significant financing where viable projects are carved out. Africa’s current state of infrastructure calls for massive adoption of the PPP model to accelerate infrastructure delivery.

Yet PPPs in Sub-Saharan Africa remain a very small market, with projects concentrated in only a few countries, namely, South Africa, Nigeria, Kenya, and Uganda. Together these account for 48% of the 335 total PPP infrastructure projects in the region in the past 25 years. In the past five years, PPP infrastructure projects in the region have mainly been concentrated in the energy sector (78%)—mostly renewables—followed by transport (22%) and water and sanitation (0.5%).

We recognize that some African countries are hesitant to embark on PPPs as a result of prior bad experiences with ill-prepared PPPs or even with less-than competent PPP project sponsors—as they say: “once bitten, twice shy.” There are ample PPP opportunities waiting to be realized on the African continent for the benefit of all stakeholders. The time for an infrastructure revolution via PPPs in Africa is now.

The question is: what must African governments do to drive PPPs?

Experience shows that 1) starting small then gradually embarking on larger PPPs based on lessons learned, and 2) higher risk allocation to government in the first generation of PPP projects, can provide a lot of advantages and go a long way in unlocking the flow of private capital into PPPs once investors and lenders develop enough comfort with the PPP environment of a country.

Here are two examples based on that experience, whose lessons could be applied to PPPs in Africa:  Both of these cases are encouraging. With this kind of ramp-up approach, many African countries could create precedent and bring in private capital to address their mammoth infrastructure needs. A PPP proverb: little drops of water via small projects makes an ocean of PPP projects in due course. African continent is full of resources that guarantees an investor returns after ploughing in resources any time.Lack of modern infrastructure is a hindrance to economic growth thus emphasies should be put and policies empowering its development observed keenly. Although challenges like corruption which can be curbed backdates this continent, the youths have the burning hearts to eliminate this monster. Therefore in implementation of PPP the youths should play a major role and given the steering to change this continent. However government accountability is also very crucial and as it is clear for private funding to be efficient goals and visions should be realistic and achievable. Private investors should now work with the young people in the society more than ever as they have the vision and power to get there and if it happens right the PPP will steer change in these developing countries.

PPP's agenda to be steered by the youths and accountability be key curling corruption in African states.

Africa is a continent of perfect resources , it is the richest continent in raw materials ,but it lacks organized uncorrupted transparent institutions to make full use of these raw materials and manfucature
them in Africa not outside Africa and for the welfare for it's populations .
The World Bank tries very hard to fulfill the continous needs of Africa through PPPS projects of infrastrucure and allow for
a wider spread of PPPS to increase sustainable infrastructure development .
One can argue that with the wise sponsorship of the World Bank, the previous shortcomings of PPPS
can be avoided and PPPS can play a major role in sustaining Africa's infrastructures in the whole continent and not in seperate specific countries of this rich continent .
Private sectors shuld be encouraged by the African governments and must be given allowances and
merits that make the willing to work and invest in the needy infrastructure.
Yours Vear Respectfully,
Dr.Mohamed Taher Abdelrazik Hamada,Ph.D
*edited for privacy*

Your reply to PPPs write ups are always very educative especially for students. i am very passionate about PPP and what it stood for, am a masters student in Nigeria and based on your vast experience, i will like you to suggest and area of research in PPP for me to research on for thesis. i wish that after my research Nigeria and other African countries will benefit from its application. Thank you

Small causes, big impacts. Successful implementation of simple executable projects will to cover more grounds and yield more benefits than overly ambitious mega-projects. I believe such can also be of benefit to developing the necessary local capacity and market for PPPs.

I also share the view that the PPP model holds significant potential for addressing the infrastructure deficit currently facing Africa. It is also worth noting that PPP in infrastructure financing is also consistent with the WBG strategy of facilitating and enhancing private sector role in development project financing.
Based on a recent WBG supported PPP project in health services infrastructure in Lesotho, it is clear that the story does not end only at the ribbon cutting ceremony. The need for continued WBG support into the operational phase of the project is as critical as the mobilization of resources. Without a well structured operational manual and support, there is a significant level of risk that the PPP project soon becomes a financial burden for the client country thereby reversing expected benefits. In short more attention needs to be paid to the post completion phase too to ensure sustainability.