Pension investment in infrastructure debt: a new source of capital for project finance 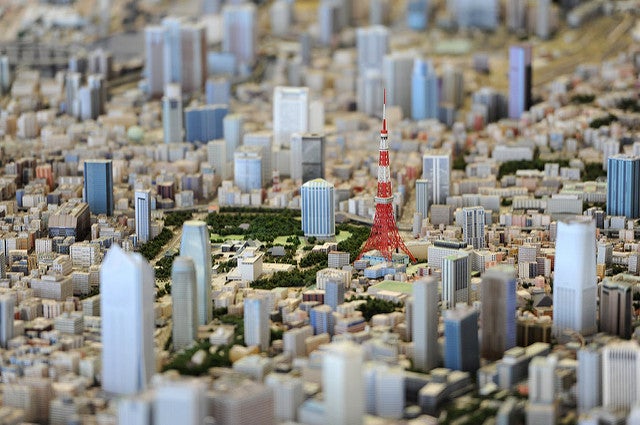 At the start of the decade, the World Pensions Council (WPC) and the Organisation for Economic Co-operation and Development (OECD) helped convene some of the first international summits focusing on the future of long-term investments in the post-Lehman era, arguing that infrastructure would soon become an asset class in its own right.

At that time, we thought that the crisis would usher an era of durably low interest rates, pushing more pension and insurance investors to pursue a “quest for yields,” increasing mechanically their allocation to non-traditional asset classes such as:

Eight years after the start of the financial crisis, I’d like to share some thoughts on how this idea of infrastructure as an asset class has played out.

This topic has actually been one of the rare instances of bipartisan consensus between President Obama and a Republican-controlled Congress, which will allow the development of a new kind of federally tax-exempt fixed income instrument called Qualified Public Infrastructure Bonds (QPIB), designed to promote public-private partnerships. And, in the past few weeks, we’ve even witnessed a sharp increase in European and Asian pension investment in plain vanilla US municipal bonds, triggering a rally in this traditional sub-asset class.

But, in potentially riskier jurisdictions, mis-sold bond issuances can have a lasting negative impact on long-term risk perceptions. In early 2016, for example, Mozambique hinted it could default on its $850 million “tuna fishing infrastructure bond” issued three years earlier, which illustrates the flaws around poorly structured deals in certain frontier markets (and deficient fiduciary oversight from the part of foreign investment bankers and asset managers).

But with too much money chasing too few deals, we run the risk of creating another major supply/demand imbalance.  If left unchecked, this could harm both institutional investors and central and regional governments wishing to attract and retain dependable sources of patient capital. By the end of 2014, the Uninvested Capital Ratio (UCR/ see chart), defined as the existing pool of available capital waiting to be invested by infrastructure funds relative to the aggregate capital raised by them for the year, reached 122 percent, a dangerously high level. (It stands at roughly 40 percent today, still a relatively high figure.)

Going forward, it will be important to quench the thirst of institutional investors and avoid such an imbalance within the asset class by helping governments at both the federal and state/municipal level in the Northern Hemisphere, Latin America, Africa, and Asia, where pent-up demand for long-term private capital is particularly strong, and step up the structuration of attractive infrastructure opportunities. Asia alone (excluding China) will need up to $900 billion in infrastructure investments annually in the next 10 years , mostly in debt instruments.  This means there’s a 50 percent shortfall in infra spending on the continent.

We can intensify the supply of well-thought-out, investable projects with technical and financial contributions from multilateral lenders, development agencies, and persistent, sustainability-informed asset owners co-investing alongside infrastructure funds and other specialized asset managers. One example is the Global Infrastructure Facility (GIF), which the World Bank Group has launched to offer resources and build out pipelines for partnerships. We’re at the start of a truly long-term trend: the room for growth for the asset class remains high.

Part of this post will appear in the Spring 2016 issue of a European financial economics journal.
Topics
Infrastructure & Public-Private Partnerships
Debt
Jobs & Development Director-General & Head of Research of the World Pensions Council

Move closer to the investments of the concrete, such as infrastructures seem to flow of sense if we want a more transparent, more constant and less volatile company.