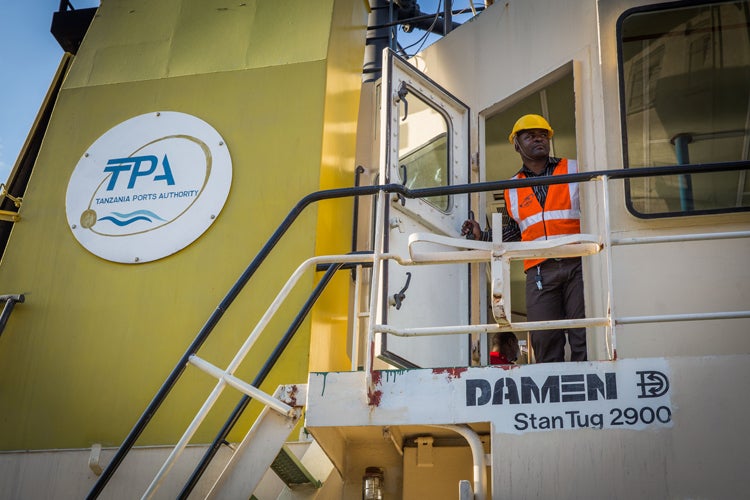 Between 2004 and 2017, some 30 African countries have adopted laws regarding Public-Private Partnerships (PPP). If we were to add to this list the countries that have implemented PPP policies, and those who are in the midst of drafting PPP laws, the tally would rise, leaving us with less than just 10 African countries that are entirely without a PPP framework.

What this tells us is that the calls by international financial institutions have been heard by decision-makers in Africa: a quality PPP legal framework will not only help identify successful projects, but it will guide those projects effectively and transparently towards closure, all the while ensuring development goals are met and investors are satisfied.

But how does reality measure up to the theory? How many projects, based on PPP law, have actually reached financial close? Given the time required to prepare a PPP, it is maybe too early to see PPP laws translated into concrete PPP projects, especially as more than 20 countries have in fact adopted their laws only in the last five years.

According to the World Bank’s Private Participation in Infrastructure Database—if we exclude projects in the energy and information and communications technology (ICT) sectors, as they are typically governed by sectoral law, and administered by the relevant ministry—only 14 PPP transactions in Sub-Saharan Africa have reached financial close, representing a total investment of over $8 billion in the last five years. At this stage, it’s become clear we are far from the 400 projects envisaged by the Programme for Infrastructure Development in Africa (PIDA), adopted at the African Union Summit in January 2012.

Among the existing PPP projects in Africa, only one is governed by a corresponding PPP law: the extension of the Dakar-Diamniadio toll motorway in Senegal, which was developed under the aegis of the 2015 PPP law. Mauritius, a pioneer in the field, adopted the Concession Projects Act in 1997, which was subsequently followed by a 2004 PPP law. Nevertheless, Mauritius sought to reform its PPP framework, as the process of implementing projects was perceived to be too complex, deterring local and international stakeholders from using it. Elsewhere on the continent, Cameroon and Zambia adopted PPP laws in 2006 and 2009, respectively, and yet cannot claim to have developed any projects under these laws according to the PPI Database.

It would appear, at least in the African context, that the adoption of a PPP framework doesn’t necessarily lead to PPP projects. Many large-scale infrastructure projects—particularly in the energy sector, which represents the majority of private investment in infrastructure—did not wait for their respective governments to adopt PPP laws.

What is the fundamental problem—does it lie with regulation, or the implementation of regulations? PPP laws are often the result of lengthy, laborious consultations with stakeholders, including international financial institutions and even the private sector.

The experiences of the African Legal Support Facility (ALSF) impart an overriding lesson: whether PPP laws are enacted or not, countries carrying out infrastructure projects are subject to the same obstacles and challenges. The lack of expertise on the part of contracting authorities, the lack of knowledge regarding best practices, strong external pressures to conclude transactions, and weak intergovernmental cooperation can all threaten the success of PPP projects, regardless of the presence of corresponding laws. There is no panacea for these challenges.

Just as the signing of a PPP contract is not an end, but the start of a new endeavor, the adoption of a PPP law is not a remedy. African governments must take clear and concrete actions to confer credibility and weight onto their PPP frameworks, otherwise, investors are likely to perceive PPP laws as impediments and national PPP units as unnecessary extensions of the Ministry of Energy or Transport.

Many African governments demonstrate a willingness to effectively train their staff, to develop tools to facilitate transactions, and to draft model contracts. But these measures do not suffice. Above all, States must focus on building a pipeline of bankable and socially conscious projects with which to appetize investors.  Governments must also clearly delineate the roles and responsibilities of all participating stakeholders: public institutions, contracting authorities, and PPP units; and they must ensure that these stakeholders are empowered to deliver projects.

Only by ensuring that PPP laws are part of a concrete, well-elaborated PPP framework can they really serve as a catalyst for developing quality projects.  This is the sine qua non of Public-Private Partnerships.

You can learn more about the work we do at the African Legal Support Facility here. Africa is a continent of rich potentials , it is the richest continent in raw materials in the whole globe.
Laws of investment can participate to make use of such richness in legal ways that enable the African
continent to be seen as an organized continent in front of the world.
PPPS policies can participate to help Africa in this issue as it is known that PPPS projects are adopted
by the World Bank which reflects it's well arganized system on the PPPS projects.
Yours Very Respectfully,
Dr. Mohamed Taher Abdelrazik Hamada, Ph.D

Well done Maude for opening the subject. Indeed financial closure is merely the start of a new endeavour. However, at present, closure marks the completion of a package interwoven with flaws. Here is the take: We need an incremental and reflexive framework from conception. Do not retire - that framework demands effective public equity, and this has been the struggle of the UK seen in the attempt to move from PFI to PF2. I would suggest you do not stop here. Dig deeper, look at this paper: https://virtusinterpress.org/PUBLIC-PRIVATE-PARTNERSHIPS-PPP-ON.html
PUBLIC-PRIVATE PARTNERSHIPS (PPP) ON MOULDING STATE STRUCTURES: THE NON-ERGODIC AFRICA
PUBLIC-PRIVATE PARTNERSHIPS (PPP) ON MOULDING STATE STRUCTURES: THE NO…
virtusinterpress.org

.....and while at it, laws in these climes are on many an occasion not applied in practice!