PPPs and agriculture: driving India beyond the Green Revolution 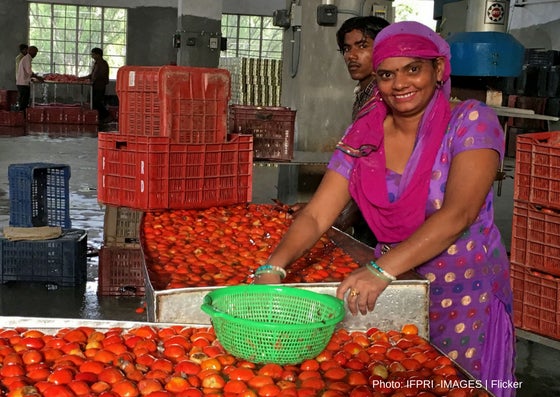 India’s agriculture sector—including animal husbandry, forestry, and fishing—has always been one of the country’s core economic sectors, accounting for about 16 percent of India’s GDP and employing nearly half of the working population. Although India has the second largest arable land pool in the world, agriculture is still mired by challenges such as low effective yield and underemployment. Underinvestment in agri-infrastructure, fragmented land holdings, and lack of knowledge and skills among farmers, are some of the key causes. These challenges in turn have aggravated issues like inflation, farmer distress and unrest, political and social disaffection—all of which have severe socioeconomic ripple effects on other sectors. This significantly curtails the ability of India’s economy to touch double-digit growth.

Considering the capacity and resource constraints of the government, there exists a pressing need to develop a more structured approach for increasing the number of bankable agribusiness and agri-infrastructure projects to facilitate long-term, private sector investment. India has a good record on public-private partnerships (PPPs) in the development of transportation infrastructure. Unfortunately, the PPP model has not been adopted in agri-infrastructure development with the same vigor.

Green Revolution 1.0, which introduced high-yield seeds in the 1960s, helped India become one of the world’s top grain producers. But it also exposed the shortcomings and challenges in the storage of food grains.

To address this, the government, through Food Corporation of India (FCI) and initiatives of various state governments, adopted a phased implementation plan to build modern steel grain silos with a capacity of 10 million metric tons by 2020 through PPPs. Although states use different PPP models, in most cases the concessionaire is responsible for construction, operations and maintenance, storage, and preservation of the food grains.

Beyond storage, another area of concern is the ineffective supply chain of perishable products in most regions. Products move in multiple channels, from the farm to the consumer, without automation or value addition. As a result, prices of commodities are inflated, with the margins taken by multiple layers of middlemen.

Availability of water for irrigation is another burning issue. In India, agricultural activities consume more than 80 percent of available fresh water. There is also an excessive reliance on groundwater and seasonal rains. The need to produce more food per drop of water requires water-efficient irrigation methods instead of conventional flood irrigation—for example, through micro-irrigation. According to the Ministry of Agriculture, the area under micro-irrigation as of 2016 was only about 8.6 million hectares—about 5 percent of the total area of cultivable land in India. A huge, untapped potential exists that requires a suitable intervention by the private sector and government.

Acknowledging these gaps, the risks faced by India’s agricultural sector, and the appetite of the private sector, the government of India (including state governments), is considering suitable PPP models that optimize risk allocation.  For example, it is developing pilot PPP projects that streamline post-harvest supply chains of major perishable agriculture and horticulture commodities. A “hub and spoke” model, consisting of farm collection points and primary processing centers, is being considered as part of an effective post-harvest supply chain infrastructure network, backed by institutional mechanisms for forward and backward linkages. The government has already formulated a plan to extend grant financing.

Both models envisage pre-determined and regulated user charges from farmers that may be complemented with fixed fee payouts by the authorities to compensate for any revenue loss—due to risks such as the farmer’s willingness to pay.

Apart from these PPP frameworks, the government of India has created an institutional structure known as Farmer Producer Companies (FPCs). This structure facilitates participatory farming, provides better access to credit and capital markets, and limits the liability of beneficiary farmers. FPCs are proving to be a formidable tool for the project authorities to engage the private sector directly with end-beneficiary farmers. FPCs also provide a strong social-collateral on behalf of individual farmers and a platform for integrating various government subsidy schemes into the private sector.

India has set an ambitious goal of doubling farmers’ income in real terms by 2022–23 compared to 2015–16. Achieving these goals will require significant investment. Although a lot has been achieved, much more remains to be done. With agriculture being a state priority in India, a more concerted emphasis is warranted to engage the private sector in agriculture through PPPs. I love what PPP is doing for the improvement of the living ones in this my Nigeria and Africa's land.

PPP approach is chosen method as a mid path when private sector is fear d and public sector is incapable. The development of PPP projects have not been easy for Roads, Airport, Ports in India. There has been significant lessons to learn. Firstly, The parties must map risk and reward for the proposed project. Risk in agriculture is often, assumed loosely and dismissed easily. Secondly, capacity utilisation needs of infrastructure must also be planned for. It is indeed naive to assume that Infrastructure for agriculture will be fully used, without policy framework to let private sector monitize their investments.
We have a long way to go before we see any success story in this sector.