From stadiums to gendarmeries: a new generation of public-payment PPPs in France 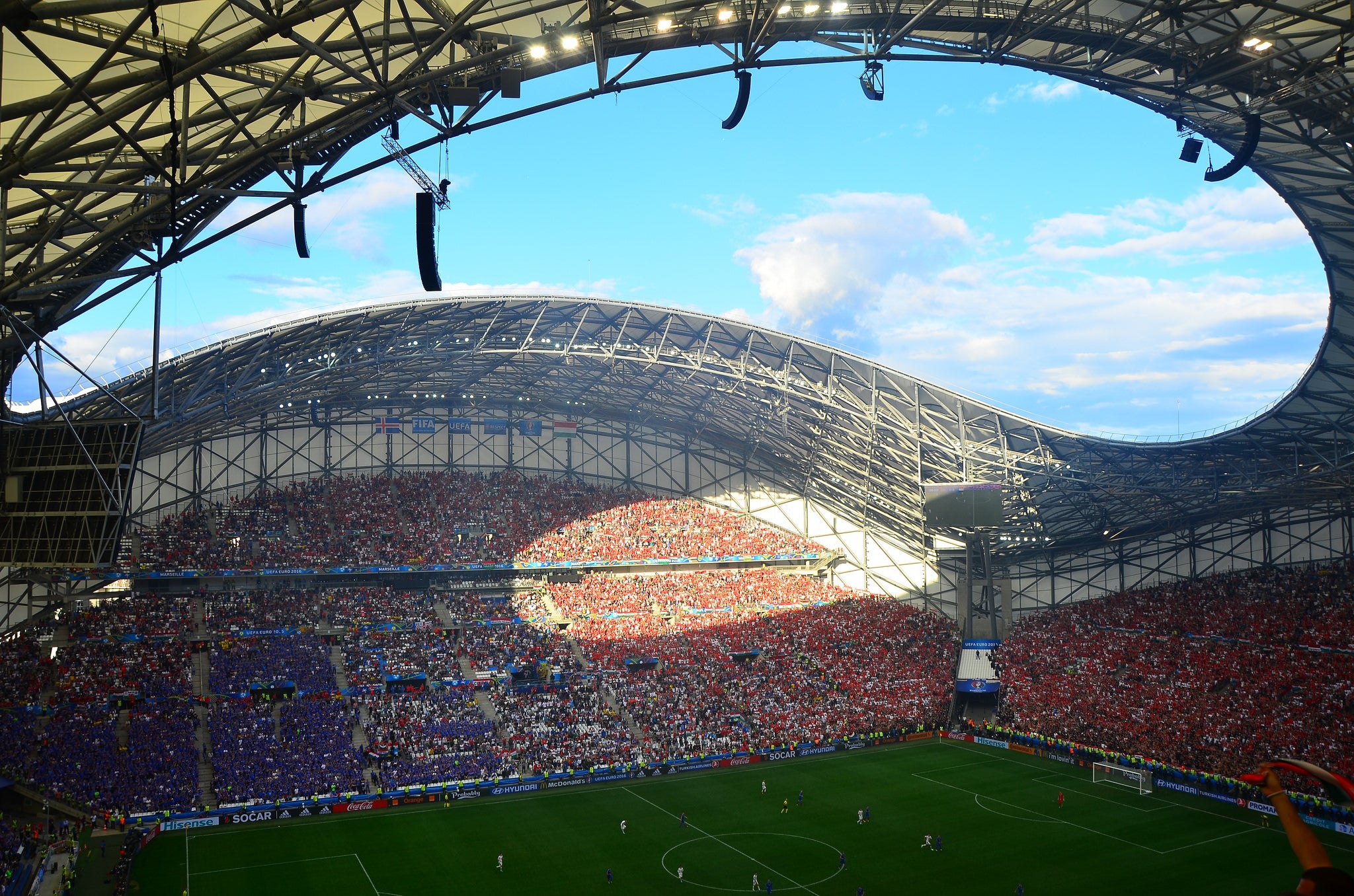 Those participating in matches in Lille, Bordeaux, Marseille or Nice would have noticed the brand new facilities and bold architectural design, but most probably didn’t realize these stadiums had been either constructed or modernized with financing through the relatively new “Contrat de partenariat” public-private partnership (PPP) scheme.

Some of the French athletes prepared for the matches at the “Institut National du Sport et de l’Éducation Physique” or at the “Centre National Des Sports De La Defense,” the high-level sport-training facility for French military—both developed under the same PPP arrangement.

And, rowdy hooligans (there were quite a few incidents as a result of inebriated, over-enthusiastic supporters) could have ended up in one of the 14 new correctional facilities built over the last few years as PPPs. The gendarmes who rounded them up under the “Direction Générale de la Gendarmerie Nationale,” whose new headquarters near Paris was also procured through a PPP, may have been helped by a video-surveillance system installed and managed in Paris as a PPP. Those that still have to stand judgment in Paris could be tried in the soon to be inaugurated “Palais de Justice”—another PPP.

Finally, those players (or spectators) needing medical assistance in and around Paris and other main cities might have been treated in one of the around 50 hospitals that have been built or modernized through PPPs since the early 2000s.

These are but a subset of a wave of new “social infrastructure” investments in health, education, defense, transport and urban planning sectors made possible through a new generation of government-pay PPP contracts in France, the “Contrat de partenariat,” or partnership contract, that made France the leading European market for PPPs in 2011 and 2012. They have made possible an extension of the scope of traditional PPPs, known in France as concessions and “affermages,” covering commercial sectors (energy and water utilities, toll-roads, etc.) and paid for by users. The concession has a long track record in France, having taken its legal form in the early 19th century and having been exported worldwide early on. The Suez Canal was designed and built in the 1860s on the model of a French concession.

Sharing some common features with concessions (long-term, multiple-object contracts comprising pre-financing, design/build/operate-maintain), partnership contracts differ essentially by the fact that the service is provided to, and paid for by, administrations – even though additional third-party revenues remain possible.

The reform—introduced in 2004 by a new central PPP unit within the Ministry of the Economy and Finance: the MAPPP (“Mission d’appui aux PPP”) that I managed until 2014—was motivated from 2005 on by the fact that in France, as in many other countries from 1980 on, the public sector was no longer able to handle ever-increasing demands of infrastructure-linked services by citizens and users, both quantitatively and qualitatively.

Thanks to ready and willing actors on the private side, providing a high level of competition, and a well-developed body of thought, the new tool was quickly picked up, not just at the central government level for big-ticket projects, but also by local governments, irrespective of political affiliation.

Over 600 PPPs were developed in France between 2004-2014, which equates to an aggregate investment of over €16 billion and generating future payment streams of about €45 billion over the contract periods, but they are still a niche with just over 5% of total public investment.

Despite a satisfactory early performance record (in over 90% of the cases facilities were delivered on time, and on budget) they have since run into cultural resistance. The border between public and private remains deeply ingrained in the national psyche—particularly with social infrastructure projects—and some procuring authorities may have viewed PPPs more as an immediate financing solution rather than a new tool of public management.

Today, the program has significantly decreased due to a combination of budgetary sustainability issues, political reassessment, and what some say is “PPP bashing” in the media.

That may be the main lesson for the Public-Private Infrastructure Advisory Facility (PPIAF) in its quest to create an enabling environment for private sector participation: the need to build a good understanding and consensus around when and how to resort to PPPs across all stakeholders in order to provide a sustainable path of private sector contribution to infrastructure, and ultimately, economic development.

For more information, read Ten years of PPP: An initial assessment in OECD’s Journal of Budgeting by François Bergere. Francois, it's very good to hear from you again. A couple of observations and questions: firstly, you should have declared an interest (as you have probably done in your journal paper) as having been in charge of the Mission d'appui at the time that many if not all of these projects were signed.
Secondly, you pass over very briefly a couple of important issues which are overlooked too often in picking PPP projects. One is the financial case: it's all very well to complain about the media and cultural opposition, but if a project or a portfolio of projects is not sustainable in terms of the budget needed to service availability payments, that is not an issue to be lightly dismissed. That is the charge made against PPP in France, and, of course, elesewhere. Naturally, the issue of the quality of guidance received by public authorities is important here, so it would be valuable to hear you give an account of how you addressed this issue and how satisfied you are with the results.
Second is the issue of technology in PPPs. You mentioned a video surveillance system; I wonder what the length of the contract in years is. A 30-year PPP is not a good fit for technology which becomes obsolete in less than 10 years, and life cycle replacement of hi-tech equipment is not straightforward. That is why the UK government for instance has decided to avoid procuring projects as PPPs with a substantial IT component. Do you think that such a project should be procured again in future?

Thanks René, indeed a valid point about disclosure: I"ve now inserted in the blog the info about my past responsibilities at MAPPP...I reckon the blog format doesn't allow to cover comprehensively all the relevant issues when it comes to PPPs and there are quite a few.In the first years , the issue of long term budgetary sustainability may have been overlooked , or even dismissed by some public procuring authorities: PPPs do indeed generate rigidity in future budgetary outlays, but so does any new infrastructure investment in a traditional procurement mode ,usually requiring long-term debt service for the upfront capex and public civil servants+ Opex to supervise/monitor/operate and maintain it. The real danger is when these future expenses are deliberately neglected in the decision process and one can argue the PPP procedural requirements make it harder to ignore this dimension of long-term, lifecycle costs... the requirement to assess budgetary sustainability , is now applied to central administrations as well as local governments as a prerequisite to any decision to engage in a PPP procedure, but could usefully be extended to all public investment decisions, irrespective of their procurement and financing mode...On the topic of Video-surveillance, and more generally of IT-based or broadband internet projects, the contract duration is usually between 8 and 15 years max, precisely because of technological obsolescence issues. But those projects also have a strong potential impact on public operating modes and processes, modernizing and guaranteeing performance in a field that has been marked by spectacular failures in traditional procurement over the last years. And, as regards the UK government, while it's true IT projects have been excluded from the Private finance initiative (now PF2), it hasn't prevented public authorities to resort to the private sector outside of the PFI framework to finance, procure and maintain their IT services...

I am wondering how I can get funding or the One Stop Shopping Center in Kampala - Uganda.