Innovation is the Holy Grail of governance practitioners worldwide – but, when it comes to public-sector management, is there truly a “science of delivery”? Politics is “the art of the possible,” and governing often seems to be more a skilled craft than a predictable science – requiring an ad hoc alchemy of persuasion, pressure, guile and gumption.

Yet beyond its operational finesse or its scientific rigor, strong governance also requires something more practical – and perhaps more painstaking: diligent management. Improving government agencies’ performance is a key priority for policymakers, and private-sector-style thinking – especially about delivering cost-effective results, on time and on budget – can make a constructive contribution to public-sector management.

Public-sector leaders must always design finely tailored solutions that suit ever-shifting political moods, but they can also adapt the most deft techniques – many of them tested in the private sector – that emphasize achieving tangible results. With a blend of the private sector's can-do drive and the public sector's focus on accountability, an imaginative crosscurrent of ideas enlivened a recent “deep dive” conference at the World Bank that explored a relatively new management mechanism: the results-focused executive “delivery unit.”

The World Bank Group’s Governance Global Practice (GGP) teamed up with a global nonprofit foundation, the Centre for Public Impact (CPI), to convene an expert group exploring this recent innovation in public-sector management. The gathering – “The Future of Delivery Units: Accomplishments, Challenges and New Directions for Reforms at the Center of Government” – was co-sponsored by the President’s Delivery Unit within the Bank Group.

The forum heard various perspectives from governance practitioners, political theorists and academic scholars, along with both practicing and former civil servants. Much of the conference-goers’ thinking also seemed to have been influenced by private-sector logic. The conference’s pragmatism was reassuring amid this year’s primal-scream spectacle, in all too many countries, of political dysfunction. For many good-government idealists, it’s been alarming to see the tumult in many once-stable, now-volatile developed economies where an advanced capacity for governing had seemed well-established. 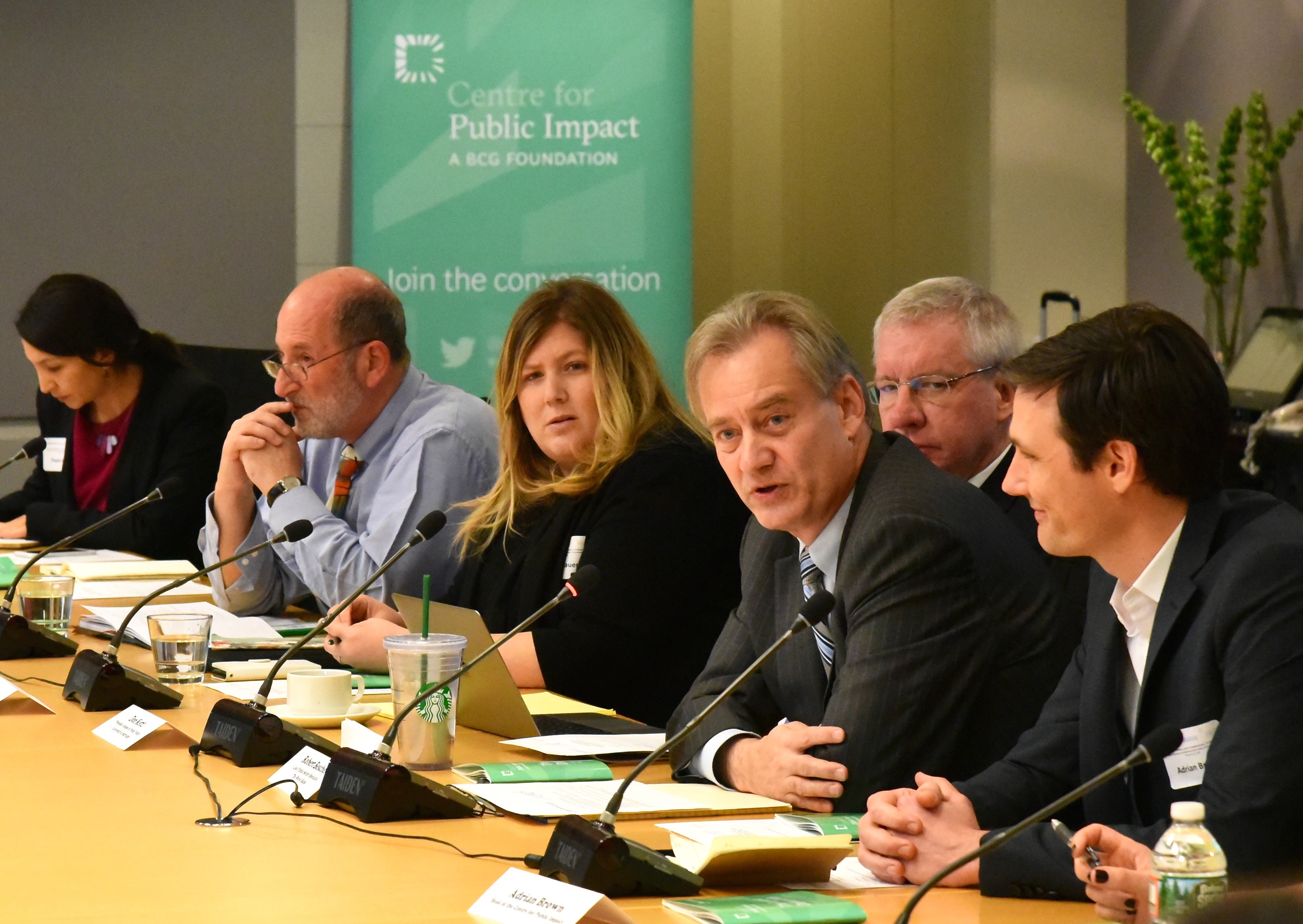 The use of delivery units should be evaluated “in the context of management innovation,” as the conference chairmen – Bob Beschel, the Global Lead of the GGP’s Center of Government Global Solutions Group, and Adrian Brown, the Executive Director of CPI – told the participants. Indeed, such consulting firms as the Boston Consulting Group (which funds CPI) and McKinsey & Company have long aimed to bring private-sector-minded efficiencies to public-sector institutions. Having labored in those vineyards awhile, some years ago, I came to see how creatively cross-pollinating ideas can transfer knowledge about best practices among the public, private, social and academic sectors.

Although their merits are still being carefully evaluated, some delivery units have begun to amass a track record of delivering positive results in many governments worldwide, both at the national and sub-national levels. There are certainly no “silver bullet” solutions to transforming service delivery. Nonetheless, in some contexts – especially in societies that already have strong public-sector capacity – various forms of delivery units can be useful as one additional instrument in the toolkit to help strengthen the performance of sometimes-sluggish bureaucracies.

One of the key conference speakers was Ray Shostak, who has worked on “deliverology” since serving at the Ground Zero of good-government innovation: at No. 10 Downing Street in London, in the era when then-Prime Ministers Tony Blair and Gordon Brown pioneered the concept with the Prime Minister’s Delivery Unit (PMDU). Shostak led the unit during the era when the “New Labour” movement was seeking new approaches that could restore citizens’ trust in government’s management competence.

“Deliverology” has been championed by Sir Michael Barber, who designed and who was the first leader of the PMDU under the Blair government and who is now the co-chair of CPI. The coinage “deliverology” was initially used as “a light-hearted term,” Barber has said: It was deployed by skeptical U.K. civil servants to poke fun at the idea that there could be a “science of delivery.” But the PMDU embraced the concept and “gave it a positive definition.”

Barber now leads a delivery-focused consulting firm, Delivery Associates, and has advanced the literature of “deliverology” with a series of books and “field guides” that has won a broad following among public-sector managers globally. The stakes are certainly high, as Barber’s group asserts: “Where government fails totally, the consequences are devastating. Where government performs poorly, the lives of citizens are held back and cynicism about accountable government becomes rife. And even where government is simply suboptimal, resources are wasted and as a result development is impeded.”

Shostak’s perspective from No. 10 Downing Street was reinforced by such delivery-driven veterans as Beth Blauer, who led the Governor’s Delivery Unit in the state of Maryland under then-Governor Martin O’Malley; Prof. Don Kettl of the University of Maryland’s School of Public Policy, who has pursued extensive public-management research; and Kate Josephs, executive director of the Performance Improvement Council within the U.S. government. A shrewd insight by Claire Vallings, a senior governance adviser with the U.K.’s Department for International Development, cautiously reminded conference-goers that delivery units, while sometimes helpful, “are not the be-all and end-all in driving positive change.”

GGP practitioners and alumni added valuable insights based on their work on behalf of the Bank Group’s client countries. Willie McCourt, who now teaches at the University of Manchester, described how some delivery units have succeeded in “delivering at scale” and “achieving big results fast” when they approach their task with “urgency and a bias for action.” Former GGP senior specialist Harry Garnett described how the Bank Group in the 1990s helped Zambia enact reforms that sped policy analysis and ensured coordination.

Innovation in public-sector management – including the creation of delivery units, in countries that have both the governance capacity and the political willpower to embrace bold initiatives – is an ever-evolving process. Leading-edge management ideas and a public-sector spirit of continuous improvement are indispensable in ensuring stronger efficiency and building effective institutions. Yet in a political season when all too many voters despair of the public sector’s ability to deliver positive results, the recent World Bank conference was a vivid reminder that ideas developed through private-sector ingenuity can be analyzed and adapted by governments to help strengthen public-sector service delivery. 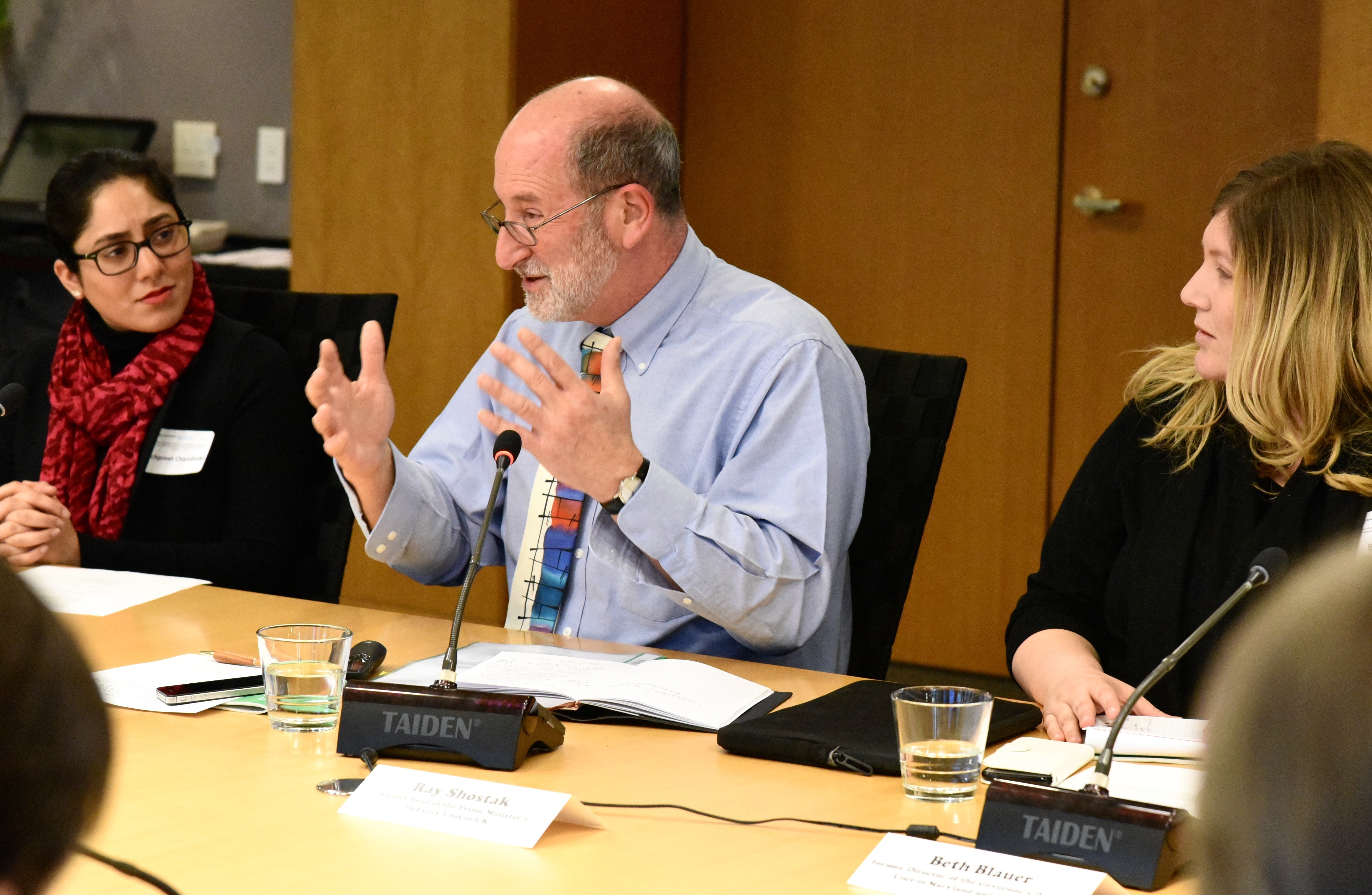 Ray Shostak, the former director of the Prime Minister's Delivery Unit at No. 10 Downing Street, describes how the Tony Blair government drove management efficiency in the United Kingdom. Photo by Lana Wong.