Expanding the Mobile Apps Market: Making Mobile Work at the Base of the Pyramid 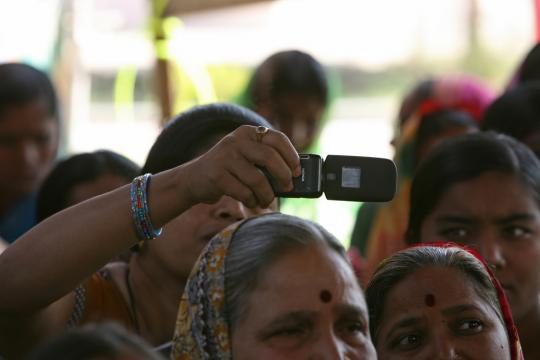 The diagram of a horizontally sliced triangle, with its wide base and pointy tip, has been used to represent socio-economic data for decades. The lowest and largest portion represents the poorest and most populous segment of society - living "at the bottom of the pyramid." In the context of mobile innovation, we prefer the alternate term, "base of the pyramid," which is closer to signifying the foundational, fundamental role of this demographic group in the health of an economy. 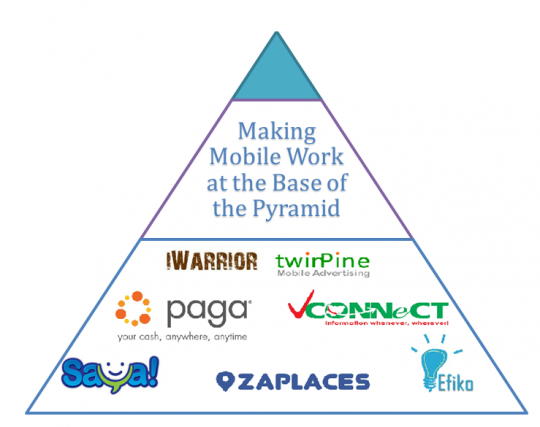 Regardless of semantics, the phrase has been widely used by researchers to consider the effects of various phenomena on this group of people (see select references related to digital entrepreneurship here). While many of these studies have produced insights for the development community, few have contributed practical knowledge for the entrepreneurs who live among and serve this critical group.

In 2012, infoDev commissioned country case studies on the use of mobile devices (then still mostly simple phones) at the base of the pyramid in Kenya and South Africa, with funding from the Ministry for Foreign Affairs of Finland and DFID (UK). Relying in part on a diary methodology and household surveys, the team was able to collect a rich set of qualitative and quantitative data to describe how mobile technologies were being used by the poor in their daily lives, as well as recording a series of videos with users.

They showed, for instance, that users in Kenya were willing to forego basic necessities such as food, transport or toiletries to pay for mobile credit in the knowledge that this would give them better opportunities to find work. In other words, we found that mobile phones are highly valued by and influential in the lives of people at the “base of the pyramid,” and decided to deepen our knowledge further in a way that would benefit entrepreneurs who create applications that serve this population.


The results led us to pose more specific questions, and this time we targeted mobile developers and entrepreneurs who either belong to the "BOP" group or aim their products at this market segment. In 2013-2014, with funding from Sweden, we followed up with a more practical set of questions:

Our goal was to collect practical knowledge and share best practices, which mobile entrepreneurs could immediately apply when developing their business models. The research teams spoke to dozens of entrepreneurs, investors and other mobile innovation experts in Ghana, Mozambique, Nigeria, and Zambia, and found three common areas that everybody found extremely challenging:
1) Payment facilities: How can consumers or other businesses pay for the content, application or service?
2) Distribution channels: What is the best way to get mobile applications into the hands of users?
3) Revenue streams: What options are theoretically available and how many of those are practically feasible?
The study contains numerous examples of successful apps, as well as those that have been held back by a variety of factors. Some of the successful examples, like Saya Mobile have since been acquired and several others continue to thrive; further validating the study’s practical evidence.

The study presents a set of conclusions and recommendations for mobile software entrepreneurs, which are also informative for other actors in the mobile technology ecosystem:   While local challenges in each country may vary greatly, we believe this study will prove valuable to investors, entrepreneurs, policy-makers, and mobile network operators who could help to remove obstacles to market growth and pave the way for existing and innovative new developers to enter the large, and expanding, BOP market for mobile technology software.

Are you an entrepreneur developing mobile apps for the BOP, a policy-maker working to expand this promising market, or a researcher interested in these issues? Let us know your thoughts in the comments. You can find further references, and add your own, on this page. I am in the process of developing mobile apps which can help Indian dairy farmers in adopting good practices. I am in need of technical support and finance for this project. Can you help me in this?

Another great post, Maja. We will use some of your tips related to mobile app marketing.