Private sector development (PSD) plays a crucial role in post-conflict economic development and poverty alleviation. Fragile states, however, face major challenges, such as difficult access to finance, power and markets; poor infrastructure; high levels of corruption; and a lack of transparency in the regulatory environment.

The private sector has demonstrated its resilience in the face of conflict and fragility, operating at the informal level and delivering services that are traditionally the mandate of public institutions. However, in post-conflict situations, PSD can have predatory aspects, thriving on the institutional and regulatory vacuum that prevails. The private sector will need to create 90 percent of jobs worldwide to meet the international community’s antipoverty goals, so pro-poor and pro-growth strategies need to focus on strengthening the positive aspects of PSD, even while tackling its negative aspects.

Promoting a dynamic investment climate is one such positive strategy. Well-designed interventions, like those implemented by the World Bank Group and other development institutions, aim to improve the business environment as a whole in order to boost local and foreign investment, and eventually to stimulate growth and generate employment.

Most fragile states and post-conflict economies — the majority of which are found in Sub-Saharan Africa — are at the bottom of the World Bank’s Doing Business rankings (see Figure 1). Improving the business environment by easing the conditions of doing business can bolster formal private-sector activities, state authority and service delivery. Increased economic activity and sustainable investment can, in turn, boost state revenue through taxation. It can also enhance the private sector’s credibility with citizens.

Figure 1. On average, g7+ and FCS economies rank in the bottom third in all areas measured by Doing Business.

Jane Nelson of Harvard University suggests that, in fragile states and post-conflict economies, there is often deep mistrust between the government and the private sector, resulting from widespread rent-seeking behaviors, cronyism and lack of legitimacy. To overcome these shortcomings and to strengthen public trust, engaging the private sector in a reform dialogue is essential. To this end, public-private dialogue (PPD) mechanisms have proven to be effective instruments, especially in fragile and conflict-affected states (FCS).

Michael Porter of Harvard Business School argues that government “regulation is necessary for well-functioning markets and that the right kind of regulation can actually foster economic value creation.” However, that assertion assumes that effective regulations are in place. Badly designed regulatory frameworks, especially those that lack the private sector’s input, can have adverse effects, hindering investments, economic growth and job creation.

PPD is a structured engagement mechanism that aims to assemble all relevant stakeholders in a balanced and inclusive manner. The goal is to assess and prioritize issues and ultimately to achieve positive, sustainable results, all through a convening platform that’s enabled by trust.

According to a recent World Bank Group report on PPD in fragile states, PPD is vital in compensating for the lack of legitimate institutions in FCS, in helping create transparency and trust among stakeholders, and in identifying the need for reforms and interventions that can improve the business environment and attract investment.

So: What are the main impediments to achieving PPD objectives in fragile states? The key factors are weak government institutions and fragmentation within the private sector (see Figure 2).

Such findings have led development agencies to focus on building institutional capacity and supporting public-public and private-private dialogues before bringing all relevant stakeholders together. The World Bank Group, for example, advises and supports PPD processes at three levels:  This multi-pronged approach has enabled tailored, context-sensitive PPD solutions that ensure local ownership, inclusiveness, and sustainability of reforms.

The Nepal Business Forum (NBF), an economy-wide form of PPD, is helping address key drivers of PSD and is helping improve market opportunities. To date, three reforms in the tax, export credit and hydropower sectors have generated $8 million in private-sector savings. The NBF is expected to generate $10 million in private-sector savings through its support for reforms. The forum has been instrumental in creating a culture of dialogue between the public and private sectors. It has also been crucial in building trust among stakeholders during a post-conflict period that is marred by political instability. 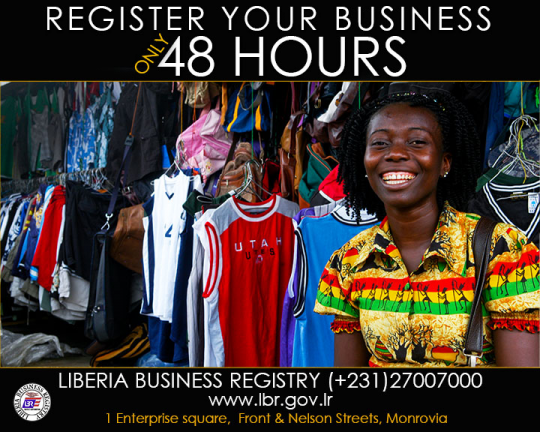 PPD mechanisms have demonstrated that they are effective platforms for enabling trust and rebuilding confidence in post-conflict environments. They give all relevant stakeholders a way to work jointly and transparently on identifying PSD constraints and creating sustainable policy reform solutions.

Steve, thanks for this interesting blog on an important subject. I had one question. You suggest that public-private dialogue exercises help enhance trust - an important task in fragile and conflict affected situations. I am sure there is quite a bit of anecdotal evidence to support this. But has there been any rigorous attempt to do "before and after" studies to capture the change in trust? And, if not, is it worthwhile to think about developing such approaches?

Thanks, Akhtar, for your comment. You raised an important question. In some cases, the baseline data is pretty straightforward: there is such mistrust between the private sector and the government that PPD mechanisms can only improve the relationships between stakeholders, and the evidence of confidence building is clear (regular meetings, collaboration, joint problem-solving, reforms enacted and implemented, positive feedback, etc.). In other instances, it is much more nuanced and subtle.

However, some would argue that studying trust building belongs to the psycho-social field and conflict studies (I wrote a paper about "Considering the psycho-social perspective in conflict resolution strategies" in post-genocide Rwanda). A multi-disciplinary approach is required and should be adapted to the trade and competitiveness space. One comes close to it when doing political-economy assessments.

Thanks for the great post. My concern with PPD is that sometimes it can mean donors/DFIs/Governments talking to usual suspects, who are often incumbent monopolists with vested interests. ("My tax exemption for my company is fundamental and must remain in place" etc). How to do we get passed that, to use PPD as a way to unlock markets and allow genuine competition and innovation? A good example here in the US would be asking taxi drivers what concerns they have about their business environment, to which they will respond "Uber must be banned!" - yet Uber has been a fantastic disruptive technology in my view, forcing taxi drivers to raise their game and lowering costs for consumers.

Paul, the type of PPD you are referring to seems to lack some of the key operating principles: inclusiveness, transparency and collaborative problem-solving. You also mention governments talking TO the usual suspects when the essence of public private dialogue processes should be about stakeholders talking WITH one another. When designing PPD, one should strive to make sure that all relevant private sectors actors are well represented, not just the big players with privileged access. Broad representation and inclusiveness - especially in FCS - is what we at the WBG can help ensure. Once trust has been built (see previous comment), it is easier to discuss a variety of “hard” issues, prioritize them and see how stakeholders can jointly address them. PPD helps with shifting the conventional paradigm: from you OR me to you AND me, and from a zero-sum game towards a win-win solution.

The case of Uber is an interesting one. But it seems like in many cities, there was no structured dialogue between Uber, taxi unions and the regulator. It was a rather adversarial approach marred by fear and a lack of trust. A structured dialogue in a trust-enabled environment would have allowed all stakeholders to understand the different interests and the benefits for all (the disruptive innovative technology brought by the mobile app is now being adopted by regular cabs as well). PPD should not be limited to developing economies!