As highlighted by the 2011 Wor 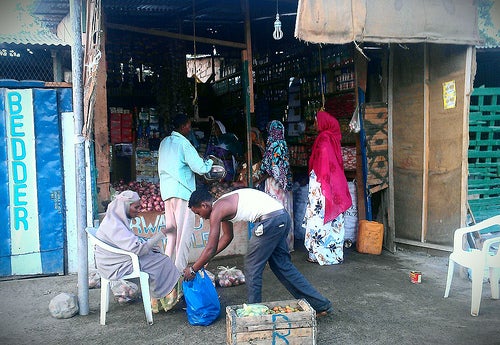 ld Development Report, the World Bank Group (WBG) has a strong mandate to work on fragile and conflict-affected states (FCAS). And reforming the investment climate so that it’s more conducive to economic growth is an important element of the WBG’s advisory work in fragile and conflict-affected states and territories. With this in mind, we published Doing Business in Hargeisa 2012 which provides a baseline on the Doing Business indicators for Hargeisa. The report is important for local policymakers as it provides micro-level data comparable globally as well as an assessment of the business climate.

Somaliland unilaterally declared independence from Somalia in 1991, but it lacks international recognition. In the meantime, Somaliland has seen some changes that could benefit local entrepreneurs. For instance, relative peace and security in Somaliland in the past decade have allowed a vibrant private sector to develop, despite conflict and fragility in the surrounding region. We found that the government has made strides in setting up some of the institutions and rules necessary for businesses to operate. Also, the judiciary system is being rebuilt, and legal professionals are returning from abroad or graduating from local universities. Yet we find that challenges persist, including implementing key business regulations, and putting into place a formal banking system.
Doing Business in Hargeisa 2012, which studies business regulation in Somaliland’s main economic center of Hargeisa, paints a fuller picture of the business environment that local entrepreneurs face. The report examines 11 areas of business regulation that affect the life cycle of local small and medium size firms

Hargeisa would rank 174 on the ease of doing business compared to the 183 economies measured by Doing Business in 2012. But behind the aggregate ranking, Hargeisa’s performance varies from topic to topic. On the ease of dealing with construction permits, getting electricity and registering property, institutions governing these areas are relatively efficient. Hargeisa ranks 86, 84 and 79, respectively, ahead of the averages for Sub-Saharan Africa and the fragile and conflict-affected states. On the ease of trading across borders, Hargeisa would rank 127. Importing and exporting a standardized container of cargo through the port of Berbera is faster and cheaper than the Sub-Saharan Africa average.

Yet on the ease of starting a business Hargeisa ranks 175; the process is fast but expensive and with a high paid-in minimum capital requirement. And on the ease of protecting investors and getting credit, Hargeisa would rank 181 and 183 respectively reflecting an incomplete regulatory framework.

Our work in post-conflict economies tells us that post-conflict and fragile areas are faced with considerable challenges as they rebuild their economies and move onto the path of stability and growth. However, as Doing Business demonstrates, commitment to reform can yield positive outcomes for local business. And as a team, we’re encouraged by the positive moves in Hargeisa.