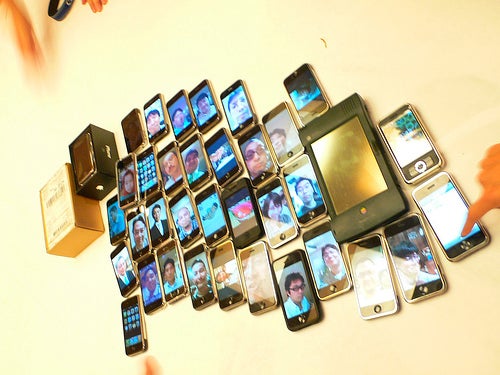 Brace yourself for some dramatic new evidence about innovation and entrepreneurship – and and circle the dates October 16 and 17 on your calendar.

Propelling leading-edge ideas about competitiveness, Professor Mariana Mazzucato will be among the luminaries at a major conference at the World Bank in mid-October, organized by the Bank's global practice on Competitive Industries. An all-star array of policymakers, academics, business leaders and development practitioners will focus on today's top global economic-policy challenge: spurring growth and job creation.

Exploring “Making Growth Happen: Implementing Policies for Competitive Industries,” the conference in the Bank's Preston Auditorium will include Mazzucato among
some of the world’s foremost analysts of competitiveness. A professor at the University of Sussex in the U.K., Mazzucato’s iconoclastic new book  – “The Entrepreneurial State: Debunking Public vs. Private Sector Myths” – is now rocking the economics world. Mazzucato's insights are forcing a rethinking about the essential role of the public sector in driving the investments that are shaping the modern economy.

Public sector? Shaping the economy? Yes, you read that right: Mazzucato amasses persuasive evidence that the government-funded development and deployment of advanced technologies has been pivotal in changing the economic landscape.

Government’s role as a growth catalyst has been just as creative as the role of the private sector – and perhaps even more venturesome. Despite their buccaneering bravado, for-profit firms have lately shied away from high-stakes, high-risk investments in unproven technologies. Mazzucato refutes the defeatist dogma that claims, falsely, that public-sector investment can never do anything right.

The myth of the lonely inventor, toiling in obscurity until a “Eureka!” moment suddenly strikes, has been overtaken in recent years by the reality of large-scale, long-term, taxpayer-financed research initiatives. Government-led innovation programs – notably, the Pentagon's Defense Advanced Research Projects Agency (DARPA) – have recently been much bolder entrepreneurs than the allegedly swashbuckling private sector.

Laggards at risk-taking, profit-minded corporations often embrace new products and processes only after government-funded agencies have taken the big risks of developing them and patiently proving that they can work, asserts Mazzucato. “From the development of aviation, nuclear energy, computers, the internet, the biotechnology revolution, nanotechnology and green technology today, it has been the state, not the private sector, that has often engaged with the most high-risk entrepreneurial activities, kick-starting and developing the engine of growth.”

Skeptical? Consider the public role in these three areas of transformative innovation:

First: Consider everybody’s favorite example of technology-driven innovation: the gadget-filled i-Phone. A misguided but widespread belief is that Steve Jobs’ lonely ingenuity and can-do drive exemplified everything that’s noble about the risk-taking spirit of fearless corporate visionaries. Yet that mythology ignores reality, argues Mazzucato: Every major feature within the i-Phone – touch-screen technology, the Global Positioning network, the Siri digital assistant, and of course the very Internet on which the i-Phone piggybacks – was developed at taxpayer expense by such agencies as DARPA, the National Science Foundation and the Central Intelligence Agency. Jobs’ success was in packaging and marketing the various pieces of taxpayer-funded technology. Apple itself, like many now-giant firms, accelerated from startup to stardom after receiving financing from the the Small Business Innovation Research Program, a consortium of 12 federal departments and agencies that awards taxpayer funds to innovative young companies.

Second: Consider recent medical breakthroughs in the pharmaceutical sector, which are widely assumed to be the brainchild of high-risk investment by Big Pharma firms. Wrong again, Mazzucato reminds us: “In pharmaceuticals, it is the state, through the National Institutes of Health (NIH) in the United States or the Medical Research Council in the U.K., that has funded most of the priority rated new molecular entities (innovative drugs), with private pharma concentrating on slight variations of existing ones.” Noting that the NIH has been funding pharma research since 1938 – spending about $30 billion annually over the past four years – Mazzucato points out (by measuring drugs approved by the U.S. Food and Drug Administration between 1993 and 2004) that three-quarters "of the ‘radically innovative drugs’ [were] researched in nationally funded laboratories. Whereas drug companies focus their efforts on ‘me-too’ drugs – varieties of proven, profitable drugs – governments will take on potentially game-changing ‘new molecular priorities,’ despite the risks involved.” The NIH's approach is applauded even by many hardened opponents of catalytic public-sector investment – like George Will, whose conservative columns in the Washington Post routinely inveigh against any activist government role in the economy, no matter how well-targeted it may be. Even Will, embracing activist logic, recently hailed the far-sighted investments of the NIH: “In the private sector, where investors expect a quick turnaround, it is difficult to find dollars for a 10-year program. The public sector, however, with its different time horizon, can fund for the long term, thereby drawing young scientists into career trajectories and collaborations [that are] impossible elsewhere.” Discarding his usual libertarian liturgy, Will groused that the NIH's vital research is now being undermined by “the intentional irrationality by which the [anti-federal-spending] sequester is being administered” amid Congress' latest budget tantrum.

Third: Consider the paeans to private-sector perseverance in the recent obituaries of George P. Mitchell, the Texas entrepreneur who revolutionized the energy sector by popularizing hydraulic fracturing and horizontal drilling, which have tapped vast new supplies of lower-cost natural gas. Yet that popular mythology overlooks a key factor, documented by researchers at the Breakthrough Institute: Mitchell indeed experimented with new drilling technologies – but the R&D had been organized by the U.S. government. Starting in the Ford and Carter Administrations, efforts by the Department of Energy (DOE), the U.S. Bureau of Mines, and the taxpayer-supported network of national research laboratories devised the technologies that Mitchell later applied. A public-private partnership through the Gas Research Institute helped perfect the techniques, while pro-innovation tax policy granted favorable federal tax treatment for R&D in the energy sector. “DOE started it, and other people took the ball and ran with it,” according to Mitchell’s former vice president and lead geologist. “You cannot diminish DOE’s involvement.” As the Breakthrough researchers assert: “Where Mitchell proved invaluable was engaging the work of government researchers and piecing together different federally-developed technologies to develop a commercial product.” For decades, Mitchell had to battle many Capitol Hill nay-sayers who recoiled from any such efforts in “industrial policy.”

There's the key point, illustrated by all three of those examples: Competitiveness strategies have long been a mainstay of every advanced economy – including the American economy, despite Washington's supposed phobia about federal activism. Only in Anglo-American political discourse does the phrase “industrial policy” trigger a Pavlovian ideological alarm: Laissez-faire nostrums, fomented on populist op-ed pages and in libertarian think tanks, relentlessly disparage government’s effectiveness. Yet purist laissez-faire policies exist only in textbooks and partisan manifestos. In practice, the public sector – in every modern economy, including the United States – has long pursued active strategies to promote high-priority sectors of the economy.

“Industrial policy is back on the agenda,” as Mazzucato asserted at a recent forum at Policy Exchange, a London-based think tank, and as she wrote in the New Statesman. “What I have called the ‘entrepreneurial state’ is not about fixing markets [with public-sector solutions correcting for obvious 'market failures'] but creating them. The state has acted in the past as catalyst, lead investor and creator (not just facilitator) of the knowledge economy. This requires far-sighted investments in technologies that are too risky for the private sector, such as offshore wind and carbon capture and storage. It also involves the creation of clear policy signals that increase business confidence in areas that are otherwise seen to be too high-risk.”

Praised by the esteemed Martin Wolf of the Financial Times, Mazzucato asserts that some parts of the private sector – despite their self-congratulatory claims about bold risk-taking – have often been free riders atop the backs of the weary taxpayer. As Wolf notes in an enthusiastic book review, Mazzucato's analysis illuminates one of the critical economic distortions that led to the Great Crash of 2008: the privatization of rewards for profitable ventures, while failures usually leave the public sector holding the bag.

“Government has increasingly accepted that it funds the risks, while the private sector reaps the rewards,” writes Wolf. “What is emerging, then, is not a truly symbiotic ecosystem of innovation, but a parasitic one, in which the most loss-making elements are socialised, while the profitmaking ones are largely privatised.”

That parasitic pattern of risk aversion and profit maximization leads to a provocative thought: Since private firms have reaped the rewards of public investment – and since many “companies that benefit from the state . . . legally [contrive to] pay very little tax” to the public coffers of any country, thanks to clever tax-avoidance ploys – Mazzucato suggests that governments should consider adopting “a return-generating mechanism more direct than taxes.” One option is having public agencies take equity stakes in new initiatives, as some Nordic governments do, so that the returns from successful ventures can be used to support additional startups, thus building innovation-led momentum. “You can bet that if even just .5 percent of the profits from the Internet came back to the state,” Mazzucato noted in a recent TED Talk in Edinburgh, “that there would be so much more to spend on green technology now.”

Neglecting the positive role that government can play, says Wolf of the Financial Times, “may well be the greatest threat to rising prosperity” in those Western nations that are now gripped by austerity-enforcing folly. Blind budget-cutting (as even the conservative George Will admits) now threatens to “starve” the valuable efforts of public-sector agencies like the NIH. Yet free-market fundamentalists, spouting ideological cant rather than considering hard evidence, recite only fatalistic lamentations about the (imagined) dangers of any type of public-private coordination.

Clear-sighted analysts – like Mazzucato and the other pragmatists assembling for the Bank's "Making Growth Happen" competitiveness conference in mid-October – remind policymakers and public-spirited business leaders to pursue a more enterprising agenda: to craft energetic, pro-growth policies that include a well-defined role for the public sector.