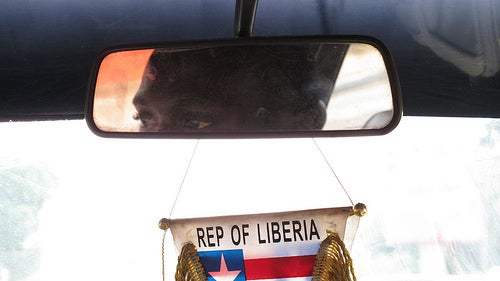 Liberia's new AML/CFT law is a step towards good governance in a country looking to the future (Credit: Kenneth Harper, Flickr Creative Commons)
On May 2nd, the President of Liberia signed into law a long anticipated bill to counter money laundering and terrorism financing (AML/CFT).  The new Act, which included amendments to various other laws, will provide more effective legislative tools with which to fight corruption, money laundering and other financial crimes.  The new Act will provide the legal basis to establish a Financial Intelligence Unit as the central coordinating agency in these efforts, provide better tools for authorities to seize and freeze the proceeds of crime, and improve cooperation in information- sharing and investigations. It will also require financial institutions and other entities often used to launder proceeds of crime, to identify and report suspicious transactions to authorities.


This new legislation marks an important step by Liberia, a country that has been recently ravaged by a brutal civil war and decades of institutionalized corruption caused by weak governance and due to weak rule of law systems.  The recent civil war in Liberia raged from 1989-2003, claimed an estimated two hundred thousand lives, and destroyed the country’s infrastructure, state institutions of governance, and the public’s trust of state authorities.  Liberia is now undergoing a process of rebuilding its physical, social and governmental infrastructure.  While there have been considerable achievements in state-building and economic development in the past decade, the situation remains fragile and current levels of corruption still threaten these recent gains.

The good news is that the economic prospects for Liberia are promising, due to its natural resource wealth and the recent discovery of oil.  But in countries where corruption thrives, natural resources can be a curse which perpetuate poverty and deepen illegality.  It is therefore critically important – more so now than now than ever before - for  the government of Liberia to focus its efforts on building strong and effective systems in government institutions, to stem the theft of state assets  by improving transparency and accountability. This will help to ensure that Liberia’s potential economic prosperity can be better shared among its citizens, rather than pocketed by a few.  State institutions that are based on weak ‘rule of law’ foundations, undermine the very trust and credibility of the State itself  to govern  its people and uphold its legitimacy. This presents the most serious challenge to secure peace and support sustainable development.

This new AML law presents Liberia an opportunity to step-up  its efforts in building the systems necessary to prevent, detect, deter and prosecute corruption through  modern legal tools and methods.  But this new law is not a panacea.  Other legal frameworks involved in preventing corruption, including Asset Disclosure and Freedom of Information, also need to be further strengthened if they are to be more effective in promoting transparency, accountability and inclusion.  Public trust will grow if these new mechanisms are shown to function effectively, efficiently and cleanly.  This is critical not just for Liberians, but also for the international community which can play an important support role in the country if the government demonstrates sustained political will in dealing with corruption.

A positive future for Liberia will require its leading officials and others continue to strengthen the systems of governance to ensure those who engage in corruption are held accountable.  This must be firmly rooted in sound laws and based in principles of justice, equity and due process.

In the past, Liberia was a country that became synonymous with war and misery.  But good governance, allied with fully implemented  anti-corruption laws, together with abundant natural resources could make Liberia a role model for other fragile and conflict-affected states.  Just as unstable countries can create unstable regions, so too can good governance and economic growth prove to be equally contagious, in the region and in Africa.