Some lessons from privatizing national airlines

As a boy growing up in Africa, I always assumed that every country had its own airline. To me, a national airline was just another way a country defined itself, along with its flag, national anthem, and currency. Ghana Airways, which my family often flew (we lived in Kumasi), was a perfect example, with the red, gold and green colors of its national flag painted on every plane. They looked proud and elegant, a perfect symbol of statehood. 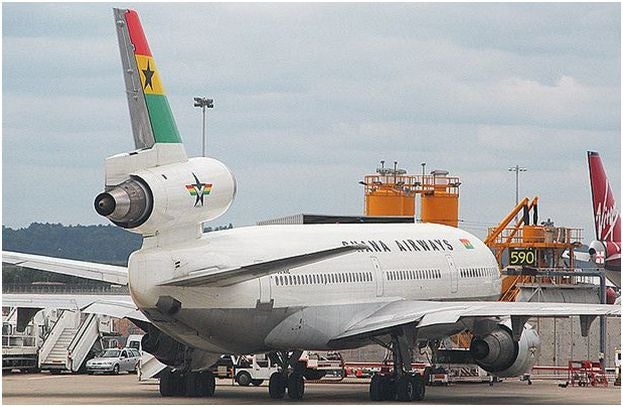 Today, Ghana Airways doesn’t exist. It was plagued with safety and reliability issues, and finally shut down in 2005 after the government refused to rescue it from staggering debts. I felt a twinge of sadness when I read the news. Ghana without Ghana Airways? It just didn’t seem right.

At the time, I didn’t realize that national airlines often have spotty track records. But it’s a common problem found all over the world.  An article in Handshake, IFC’s quarterly journal on PPPs, points out that overregulation, overstaffing, excessive debt, political interference and poor management are all too common. The authors, James Morley and Brian Samuel, describe the record of state-owned airlines as “abysmal” and flatly state that “governments have no business being in this business.”

So what’s the answer? Privatizing national airlines sounds like a logical step, but many privatizations end in failure, giving governments reason to hesitate. But there are also successes, for example Kenya Airways, which was privatized over 20 years ago, and Samoa’s Polynesian Blue. Both airlines have been profitable for years and contributed to growth in their respective tourism sectors.

What are some of the key success factors in a successful airline privatization? Handshake stresses that a major precondition is having a strong champion in government and a genuine wish for reform. It helps to get the tourist industry on board—more competition means lower prices and more tourists. Finding the right private sector partner is also critical—in addition to investment funds, you need a seasoned player with access to global networks and a low cost base. Getting the right partner on board will involve complex negotiations.

A good transaction advisor can guide governments through tricky privatization and reform processes and rescue poorly-performing national airlines. A shame, then, that Ghana Airways didn’t have one.

For more information, read Air & Sea PPPs in the latest issue of Handshake.

The comments above (anonymous 26th July 2012) raise a couple of important themes in regard to strategies for addressing poorly performing airlines in developing economies.

Theme 1 - Is government ownership, protection and frequent bailout a precondition to achieving the "public good" benefits of affordable and frequent air access in thin markets. I suggest, based on well documented case history, that the answer is "highly unlikely" primarily because there are other, more economically efficient ways of achieving this. For example the transparent tendering-out of government subsidies, would lead to the most efficient (privately owned or government owned) carrier winning, such that the level of subsidy can minimised while still achieving the service objective.

Theme 2 - Is it nonetheless more appropriate that public funds should go to a publicly owned body that is acting in the public interest, rather than the private sector, acting from the profit motive? Again, based on efficiency and the global experience of government ownership of airlines, the answer has to be "highly unlikely". I would suggest that the key critieria for airline efficiency and commercial performance would include:

- appointment of board and management solely on the basis of merit and free of political influence
- routes serviced, prices charged, and seats made available solely on the basis of market demand and commercial considerations, incentivised as appropriate by subsidies as discussed above
- the carrier has access to adequate capital and deploys this in accordance with commercial considerations
- there is a robust, independent safety regulator that is able to act without fear or favour
- that poor performing carriers be allowed to fail

It is suggested that if all of the above criteria can be met, then the ownership structure is largely immaterial (or their might even be room to make a case for a small bias towards a highly efficient, publicly interested government-owned carrier). However, as discussed in Air and Sea PPPs, governments the world over have performed dismally in regard to these criteria. Accordingly government ownership is more likely to lead to a massive waste of public money, and the public interest is perhaps better served by trying to access the efficiency of a properly constructed, market-facing private sector model.

It is interesting to note that while this is a well discussed topic amongst industry practitioners, my experience on the ground iun developing countries is that this debate rarely surfaces. I observe in many countries that there is a strong emotional attachment by the general public to propping up government airlines, no matter what, while the education and health systems rot, due to lack of funds. I think it requires not only strong sponsors and industry support but a creation of a strong public awareness of the implications of the alternatives.

Airlines, and the massive investments which support airports, airspace & safety regulations, are essentially public services. They should be treated as such.

Almost all private airlines need bailouts and subsidy given the immense costs that no private entities can truly shoulder themselves and the thin margins, largely dependent on the price of fuel, associated with running these types enterprises in the first place.

"Anonymous" - I would not focus on an ideological "private vs govt" debate. Rather the key lesson is the impossibility of a small national airline operating in a world where there are big, well run international competitors who will always be 3 or 4 steps ahead.

In Samoa, the small, isolated govt airline lost (in 2004) $7m - or 70% of the govt's overall budget deficit. This was literally bankrupting the country. In 2007, after privatisation, the govt's minority stake actually received a cash dividend to the national exchequer of $1.2m, helping generate a govt surplus! This turn around was driven by operational efficiencies and economies of scale that the airline got from being part of an international network, and is pattern we have seen repeated in many countries. Without being part of a larger international airline the Samoan operation would still be loss making, regardless of public or private ownership.

As a side point, it is sometimes true there are genuine reasons for govts to want to see more flights than the market will provide. In our experience, the best way to deal with this problem is to tender public funds to underwrite additional flights. This model is widely used (included, of all places, the USA, where rural communities benefit from flight subsidies) and is much more cost effective than going through the process of setting up an govt owned airline.

Ownership and governance are two different matters that maybe necessary but not suffient factors in deciding whether or not having a national airline is justifiable. Ethiopian Airlines is 100% owned by the government of Ethiopia and succesfully operating worlwide since 1946. Many private airlines such as Pan American Airways, Trans Wrold Airlines, Eastern Airlines, Braniff, just to name a few, no longer exist. The future of an airline does not depend on the type and number of airplanes nor on its route structure but on its people and their thinking abilities. The issue therefore is not whether state-owned, publicly owned or privately owned. Success or failure will depend on the most important asset of the airline, that is its PEOPLE. The people of Ethiopian Airlines take PRIDE, Personal Responsibility In Daily Excellence/Effort. Abate Kassa

David, I think what you have discussed in this regard brings out the reality in the Aero sector.
I am only requesting if you could give me permission to use some of your information here for an aticle I am writing.
There is currently debate that Uganda Airlines should be revived and a number of people including Tour Operators are advocating for a national airline

It's a good debate.Despite privatization airspace can never become private,so government support must be there to private airlines in all possible forms.