Three years in a row: Mauritania continues to excel in its Doing Business performance

As the World Bank Group’s flagship publication, Doing Business, celebrates its 15th edition, Mauritania continues to thrive as a major reformer in investment climate policy. The country was highlighted in the Doing Business 2016 report among the top 10 reformers worldwide and the current 2018 report shows that Mauritania outperforms the regional average.

Following a downward trend between 2010 and 2014, Mauritania has been steadily improving its ease of doing business performance. Figure 1 shows how, in just three year, a series of reforms that began in earnest during 2015, were key to help the country jump a remarkable 26 places from 176th in 2015 to 150th this year in 2018.


Figure 1: Number of Reforms Recognized by DB Reports since DB2010 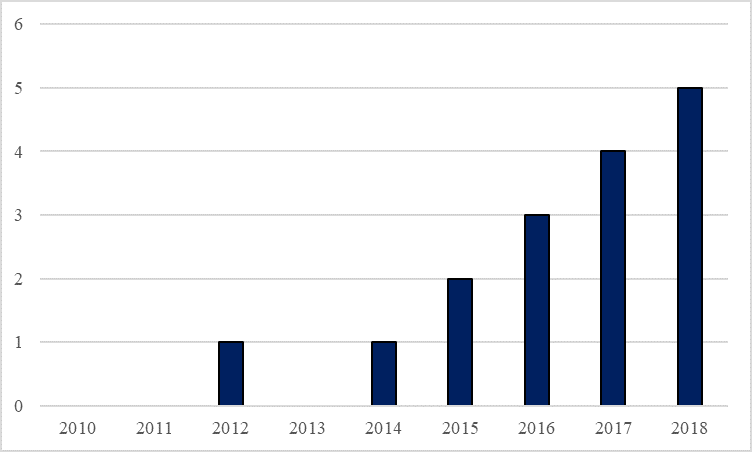 Mauritania’s Doing Business ranking jumped an impressive 10 spaces in the last year thanks to a series of comprehensive reforms to its business environment that the government has been implementing since 2014.  Moreover, as of 2018, Mauritania outperforms the regional average in Distance to Frontier (DTF), narrowing from 47.21 to 50.88.

In the last three years, 12 major reforms around starting a business, accessing credit, trading across borders, paying taxes and registering property were put in place and five were adopted in the last year.

The government effected substantive changes in local regulatory frameworks, specifically by combining multiple registration procedures; increasing the transparency of the land registry; initiating a series of measures at the port of Nouakchott to streamline processes; and publishing all commercial case judgements on court websites for public access.

This has also been a record year for the wider region of sub-Saharan Africa. With 83 of the 264 reforms to business regulation registered globally by Doing Business coming from African countries, it is the #1 reforming region for investment climate. Mauritania is a stand out in the region. It is one of the 13 countries that implemented five significant reforms or more and, as Figure 2 shows, it is also performing well relative to its neighbors in the Maghreb.

Figure 2: No. of business climate reforms in Mauritania and Maghreb comparators 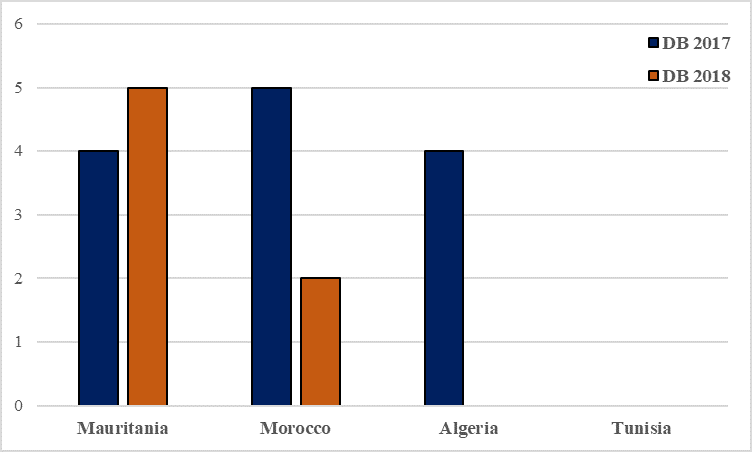 Mauritania’s impressive reform agenda shows the government’s strong and steadfast commitment to improving its investment climate and growing the private sector. At the Doing Business report launch in Nouakchott, Laurent Msellati, the World Bank Country Manager for Mauritania, applauded the government’s progress and congratulated the Minister of Finance in particular on his efforts to formalize and expand the SME sector, as well as promote private investment. Msellati stated, “the two aspects of these reforms are the key levers to create employment which is the most direct and sustainable path to lifting people out of poverty.”

Allibhoy cautioned, however, against losing sight of what remains to be done in the country. There are multiple paths to enhance these reforms and improve Mauritania’s overall competitiveness. This includes reinforcing institutional mechanisms — such as inter-ministerial committees and platforms for public-private dialogue — that guarantee the continuity of reforms and adopting measures to modernize the administration of property and taxes, as well as protect private investments. To maximize impact and sustainability, it is also essential that all stakeholders participate in the reform process, including, most importantly, the formal and informal private sector and civil society.

Highlighting Mauritania’s continued commitment to improving the country’s competitiveness, Mokhtar Ould Ajay, the Minister of the Economy and Finance said, “in spite of this achievement and the gains made, we won’t rest on our laurels because the most difficult thing isn’t reaching the summit but rather, maintaining our position.  Our short-term goal is to be among the top 100 Doing Business performers in the world by having a business climate that is truly conducive to investment.”

The advances Mauritania has made are not just the result of recent reforms but rather a shift across the economy and the public sector. If the country is to achieve the Minister’s ambitious goal the next essential step is identifying and carefully targeting the most pressing bottlenecks, particularly in the formal private sector whose growth has historically been stunted in Mauritania.

Through both lending and advisory services, the World Bank Group will continue to support the Government of Mauritania as it pursues this ambitious agenda to strengthen the private sector.

True progress comes when several driving factors converge as they have in Mauritania: a motivated government, introducing the right incentives for the right champions, creating space for private sector activity and levels of ownership for reforms that were previously unheard of in the country.