Building better before the next disaster: How retrofitting homes can save lives and strengthen economies

This page in: Français |  Español 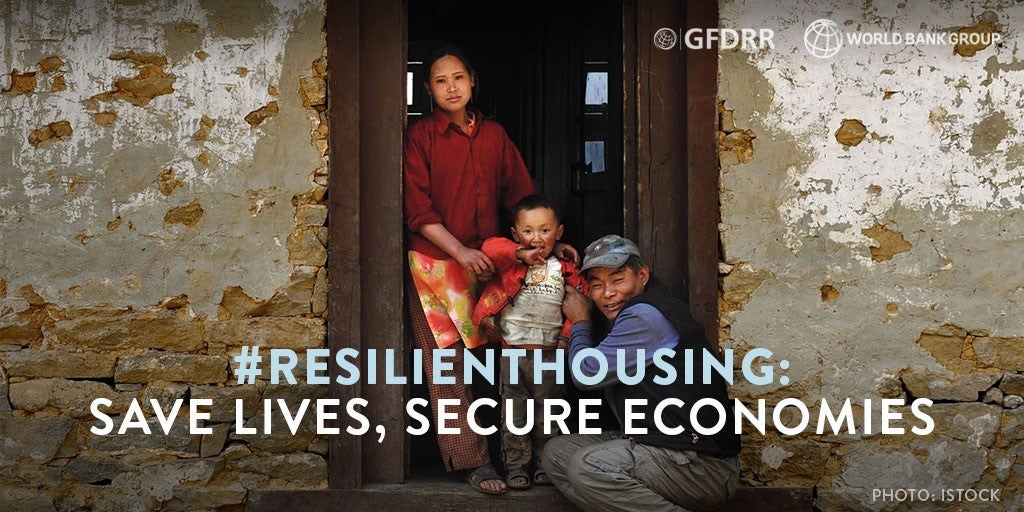 For a family, having a place to call home is everything. Housing tends to be a family’s most important asset – often, in fact, their only asset, especially for the poor. But more than a home, housing is also the workplace, collateral for loans and an important vehicle for job creation. In the U.S., housing contributes more than 15% of the GDP.

The dream of housing, however, can quickly turn into a nightmare – for both families and for governments. Disasters can erase decades of progress in reform and poverty reduction in a matter of seconds, hurting the poor and vulnerable the most. A review of the World Bank’s Post-Disaster Needs Assessments (PDNAs) since 2000 shows that housing comprises 40%-90% of damages to private property.

Worse still, unsafe housing can be life-threatening when disasters strike. More than 1.3 million people worldwide have died in disasters caused by natural hazards in the last 25 years.

At the World Bank, our efforts to “build back better” aim to reduce annual disaster-related losses by up to 60%. We are proud of how our global disaster risk management efforts continue to deliver life-changing impact, protection, and peace of mind to the people who need it the most in countries as diverse as Dominica, Indonesia, and India.

But the dimension of the global resilient housing challenge is so large that we must be even more innovative. And we can – not only through resilient building codes, planning regulations and safe production of new housing, but, importantly, through improving the existing housing stock before the next earthquake or hurricane.

In other words, we want to “build better before” the next disaster.

Fortunately, retrofitting is fast, cost-effective, and it saves lives.  All over the developing world, poor families faced with dysfunctional land and housing markets find themselves priced out of range of formal housing production. Thus, the poor find themselves with no option but to trade livability for opportunity – by living in flood-prone, landslide-prone or other at-risk areas for access to jobs and services. They end up building their own homes, which could be substandard and often not aligned with building and planning codes, but in many cases could withstand an earthquake or hurricane with a few small improvements.

Yet, government efforts to make existing homes safer are almost non-existent, even in places where slum and urban upgrading programs exist.

Typically, housing budgets in developing countries focus on expanding new housing and mortgage markets for the middle class, rather than improving the poor majority’s existing housing. This is not due to a lack of awareness or political will. Governments at times do not have the knowledge they need to take advantage of the retrofitting option; nor are there policies and incentives in place to start making homes safer at scale. In other situations, governments may not want to be perceived as “investing in slums” or “promoters of informality.”

Making existing homes safer has been a problem without a solution. It does not have to be this way.  In response, the World Bank is launching the Global Program for Resilient Housing to support national and local governments  with: Most importantly, retrofitting saves people’s lives. Take the case of the Raloso family, survivors of Typhoon Haiyan, which struck the Philippines in 2013 and caused more than $4 billion in damage. The Ralosos were hiding in the bathroom when their flimsy home collapsed around them. About 4,000 of their neighbors were killed.

The next year, the Ralosos decided to rebuild and retrofit. Just over one year later, another typhoon hit the Philippines. This time, the family rode out the storm in their disaster-resilient house — along with 17 of their neighbors who took shelter there.

With the Global Program for Resilient Housing, we look forward to working with our partners and countries around the world — so we can help turn tragedy into triumph. A good example of how to retrofit buildings and improve the quality of life in the wake of a natural disaster is Greensburg, Kansas. When the Tornado wiped out the town in 2007, the government (local, state, and national) came together and rebuilt the town smartly. They installed solar panels, wind farms, and built new structures to withstand tornado-strength winds from destructive weather systems. The town is much better prepared should another disaster strike the town. Seeing articles like this one, http://texasstormwatch.com/2018/10/numerous-tornado-reports-from-tuesda… , makes me more motivated than ever!

Thanks for sharing! good to hear about such inspirational and smart rebuilding

I can offer my expertise being a structural engineer and have experience and training in retrofitting. So frustating that government allow the building of houses with very low quality of materials and workmanship that cannot withstand disaster. Poor people are the victims of these inefficiencies,

Thanks, yes - we agree that building stronger homes will save many lives. With this Program we hope to improve substandard housing by applying simple, affordable retrofitting solutions compatible with local practices and materials