Lorne Turner: Remembering a city worker who made a difference 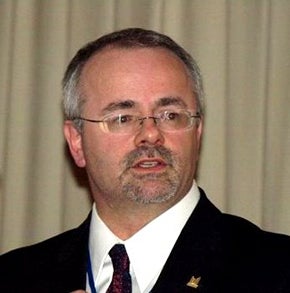 Lorne Turner served as Manager of Performance Management for the City of Toronto.
People wandering through the labyrinth of booths of yet another UN urban conference in Nanjing (2008) or Rio de Janeiro (2010) may have stumbled across a friendly, unassuming man, looking somewhat out of place at the Global Cities Institute – Cities Alliance stand. These types of conferences were not the typical work venue for Lorne Turner, Toronto’s manager of city performance.

Lorne was a city practitioner, tasked with the professional, meaningful and honest monitoring of the progress of Toronto, alone and alongside other world cities. He firmly believed that all cities – in Ontario, Canada and around the world - succeed when working together, and that measuring this progress is absolutely critical. Lorne was a ‘details-guy’ who knew how the small brushstrokes blended together to paint a community, a country, and later in his life, he helped demonstrate how they could define urban life around the planet.

Lorne passed away last week, after a long battle with cancer. Lorne was in his role for almost 30 years (including Budget Director, North York, 1988-97).

Lorne’s passing is particularly poignant for city workers. Lorne was quiet and modest; he fit his professional accountant stereotype well. He was also highly effective. Last year, the global city indicator standard was published (ISO 37120). This standard is important for all cities and is anchored to Lorne’s perseverance, commitment and his ability to keep the City of Toronto actively engaged for the more than ten years it took to develop the idea. The idea and the standard owes much of its existence to Lorne.

City workers like Lorne in Toronto, Eduarda La Rocque in Rio, Pak Sugiono and Liliansari Loedin in Jakarta, Edith Hsu-Chen in New York City, Jascha Franklin-Hodge in Boston, Jose Luis Paredes in La Paz, and Sarah Ward in Cape Town, are often on the frontlines of city building, but they’re often overlooked. We tend to focus on the Mayor, the media-savvy city planner or star-architect, maybe even the urban academic; but it is also the millions of city workers like Lorne that make our cities work.

Lorne worked with the World Bank, Patricia McCarney, Director of the Global City Indicators Facility (and WCCD), and fellow pilot cities, to develop a set of globally relevant and accepted city indicators and launch ISO 37120. Lorne is a wonderful example of how fighting city hall is never as effective as working with a good city-worker.

Many people argue that innovation, dynamism and drive are not traits typically associated with City Hall staff. Uber and Airbnb, for example, came from the ‘whiz kids’ of Silicon Valley, not from where they should have - a more knowledgeable and connected employee at some city hall.

In the race to build better cities, rabbits like Travis Kalanick & Garrett Camp (Uber) Brian Chesky & Joe Gebbia (Airbnb) of course have their place. But in the long run, the truly lasting legacies are built with the more tortoise-like contributions from city workers like Lorne Turner. Thank you, Lorne. Rest in peace.
Topics
Governance
Digital Development
Urban Development
Countries
Canada