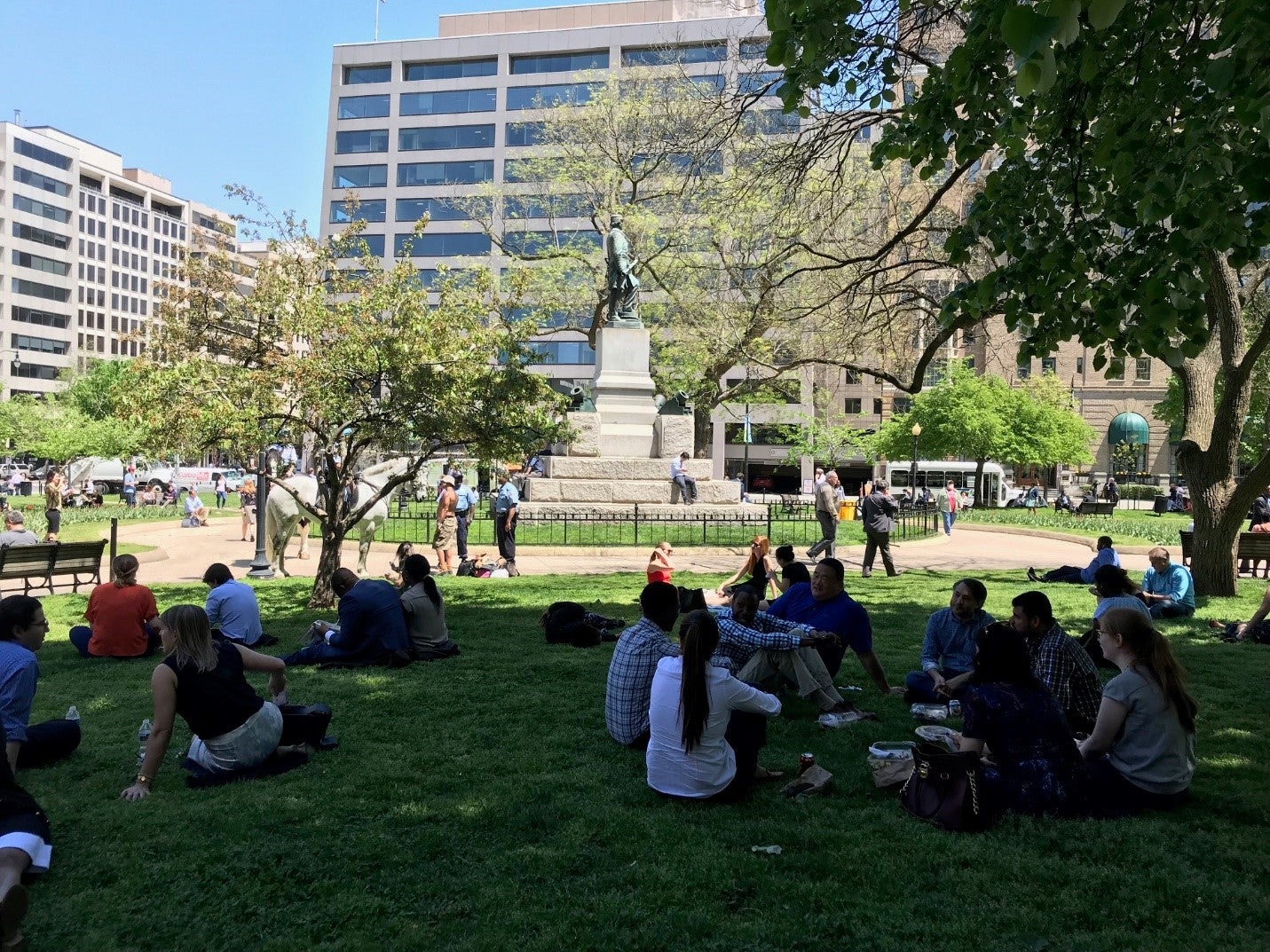 A stage is now ready for public urban spaces.

“By 2030, provide universal access to safe, inclusive and accessible, green and public spaces, particularly for women and children, older persons and persons with disabilities” – Sustainable Development Goal (SDG) 11.7
The importance of public space is highlighted in international agendas, and diverse organizations started piloting the role of urban planning and public spaces in cities.

For instance,  UN Women launched the Safe Cities and Safe Public Spaces report, which enhanced public spaces designs with better lighting and CCTVs to prevent and respond to sexual violence against women. There are more onboard, including the Food and Agriculture Organization (FAO) on sustainable forestry  and the World Health Organization (WHO) on green spaces and health. The World Bank has also committed to enhancing public spaces across cities including Karachi, Chongqing, and Dhaka.

To realize these collective efforts, better measurement tools are vital to follow up with evidence-based approaches. On July 11th, 2018, UN-HABITAT and ISOCARP held a side event during the High-Level Political Forum at the UN, titled “Quantifying the Commons.” While speakers from various organizations including the World Bank presented their works, three key questions were raised regarding our future steps:

i) Back to basics, what does "public space" refer to?

Even though definitions of public spaces have been actively discussed and evolved over decades, there is still no universally agreed-upon definition. This is mainly because the meaning of “public” matters. Is it a space “owned” by public or “used” by public? Or, is it a space that creates public “benefits”?

According to the Charter of Public Space, public spaces are “all places publicly owned or of public use, accessible and enjoyable by all for free and without a profit motive”. And SDG 11.7 defines it as “the built-up area of cities that is open space for public use for all.” However, what about privately-owned public spaces or national parks that charge us fees? 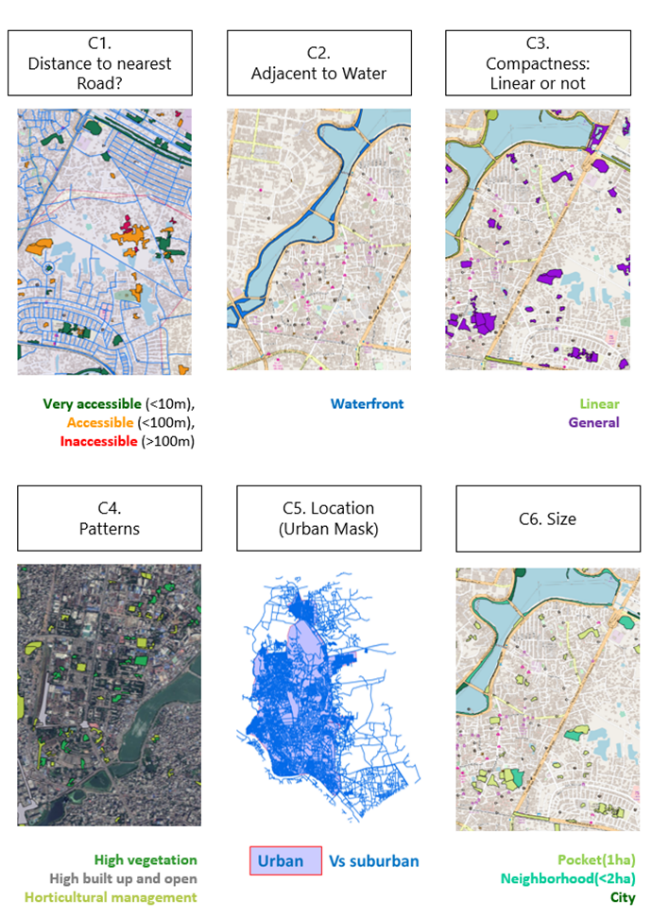 When it comes to the definition of space, there are three categories of physical types, as proposed by UN-Habitat:

But the question remains, ”How do you classify a public space in a more specific way?”

While a systematic classification is needed for cities to manage their assets and policies efficiently, it is surprisingly rare especially in developing countries. Therefore, the World Bank has partnered with the European Space Agency (ESA) under its Earth Observation for Sustainable Development (EO4SD) initiative’s dedicated activity cluster on urban development. GISAT, one of the consortium partners under EO4SD-urban, provided support on developing a rule-based identification of public spaces by determining physical characteristics with six criteria:

We analyzed various satellite imageries and came up with 12 classes of public spaces as piloted in Dhaka.

ii) How to quantify the characteristics of public spaces?

To measure dynamic characteristics of public spaces, one of the most frequently used indicators is the area of public spaces per person; "9 sqm per person" has been quoted as a universal standard, but interestingly, it has been revealed that this standard lacks empirical background or references. Another way to look at the availability is the share of public spaces out of built-up areas. Inclusiveness is often measured by the percentage of population living within walkable distance (e.g. 400m) to public spaces. Depending on which indicator you pick, each city is pictured differently, as shown in Dhaka maps below.

Recently, more attention has been paid to quantifying the quality of public space by capturing the interactions between people and the space. While there is still a long way to go, these usership studies help us get a sense of public needs.

iii) How can these measurements provide local communities with feasible tools to improve their urban assets?

All of these advanced methodologies are not just for chasing indicators, but for benefiting people on the ground. In many cases, even though city governments understand the importance of high-quality public spaces, they are struggling with the lack of technical capacity. Recognizing these needs of cities, UN-HABITAT launched Global Public Space Toolkit in 2015, and the World Bank has been developing a flagship report on quantitative toolkits for assessing public spaces and urban forms, along with qualitative case studies of diverse cities across the world (forthcoming). It’s in reality a great and helpful piece of information. I am glad that you shared this useful info with us. Please keep us informed like this. Thank you for sharing.|regards:
pauline curley

Dear Pauline,
Many thanks for your comment. I am happy that you enjoyed reading the article. Please stay tuned as more exciting works are coming up soon!
Best regards,
Hyunji

This is really informative and the classification of public spaces by different metrics is helpful too. I think it would be interesting to understand instead of the just metrics classifying public spaces, how good public space design and usability can impact areas, neighbourhoods and businesses around them.

Thank you Jannat,
I totally agree with you that understanding socio-economic impacts of public spaces is very important. Your comment is timely, because our upcoming flagship report will introduce various best practices of public spaces across the globe, and how they have transformed areas, neighborhoods and cities. Please stay tuned for next updates. Thank you,
Best,
Hyunji