Rebuilding communities after disasters – four and a half lessons learned 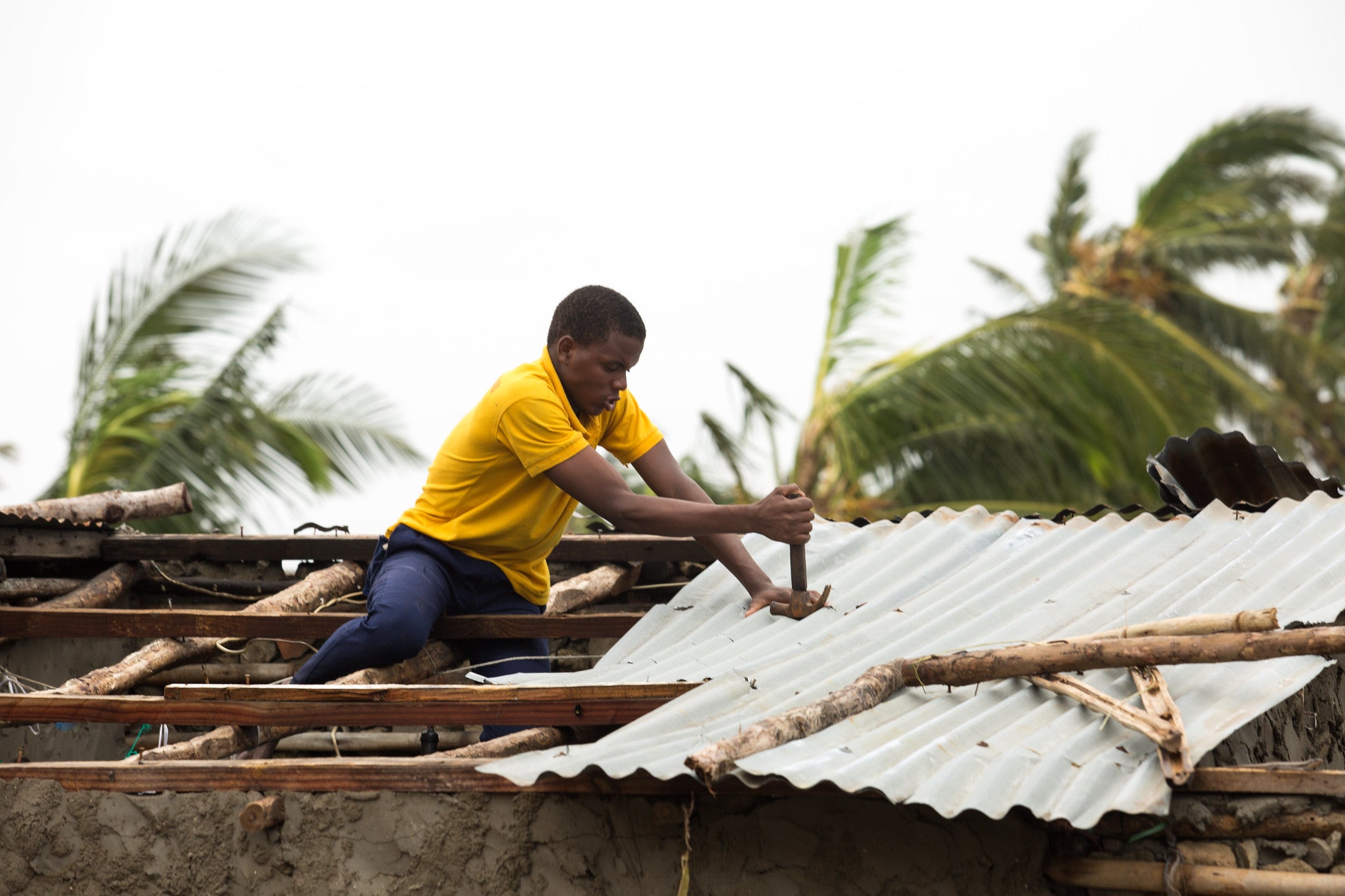 The death toll from Cyclone Idai that ripped into Mozambique, Zimbabwe, and Malawi in March 2019 is now above 1,000, with damages estimated at $2 billion. In 2018, more than 10,000 people lost their lives in disasters (with $225 billion of economic losses). Approximately 79 percent of fatalities occurred in the Asia Pacific region, including the catastrophic earthquake and tsunami in Indonesia’s Sulawesi Island. In fact, 2017 and 2018 have been estimated as the most expensive back-to-back years for weather disasters, totaling $653 billion of losses.

With climate change increasing the probability of extreme weather events and the explosive and largely unplanned growth of populations and assets in the developing world, the process of post-disaster rebuilding of communities offers a stark choice: The right policy choices could set economies, cities, towns and villages, and neighborhoods on a resilient, sustainable path, and, unfortunately, the wrong policies would inevitably lead to fraud, waste, corruption, delays, and failure.

Several studies by the World Bank and the IMF, including a global review by my colleagues and me, have looked at the reconstruction process after major disasters over the past several decades. To my mind, the four of the most important lessons we have learned are:

1. The macroeconomic growth impacts of major weather disasters are negative, large, and persistent, but fiscal impacts can be mitigated through good policy.


The IMF finds that severe weather-related disaster episodes cause a substantial economic growth decline and a deterioration in debt dynamics. The fiscal impacts can, however, be mitigated by:
2. The most vulnerable poor households, children, and the disabled need special attention and protection.

It is an empirical fact that the poor disproportionately live in areas of the highest environmental vulnerability and highest risk from natural hazards, and hence suffer the most.  In the Philippines, over the last two decades, 15 times as many infants have died in the 24 months following typhoon events as died in the typhoons themselves; most of them were infant girls. In Niger, regardless of the birth location, children born during a drought are more than twice as likely to be malnourished between the ages of one and two.

More blog posts
Safety net programs can play a valuable role in protecting the poor in the aftermath of disasters.  Ethiopia’s Productive Safety Net Program (PSNP) mandates hazard risk mapping and early warning systems (EWSs). This has helped with an early response and reduced disaster losses. In Indonesia, the community-led REKOMPAK program has used the existing nationwide PNPM network of facilitators and volunteers to enable local governments to target the poor and quickly rehabilitate infrastructure. The World Bank’s Disability Inclusion and Accountability Framework offers a useful framework to ensure the needs of the disabled are taken into account in the recovery and reconstruction processes.
3. The right institutions for reconstruction make the difference between success and failure.

In the immediate aftermath of a major disaster, once relief and recovery efforts are complete, there is huge pressure on governments to immediately start rebuilding and showing results. This is understandable, but rushing into the reconstruction process without the proper institutions in place is a huge mistake. A fully empowered reconstruction agency with delegated powers of government on procurement, financial management, etc., and staffed with capable technical specialists is critical for success.
In the aftermath of the Aceh earthquake and tsunami, the government of Indonesia put in place such an institution – with tremendously capable leadership and staff that delivered positive results. Similar examples exist across the world, such as in Pakistan, Australia, and Chile. These agencies can help navigate some of the most complex policy issues, such as formulating the reconstruction policy (who gets what), sorting out land rights and titles, and smart choices of technology. The use of smart cards, for example, can significantly reduce costs and leakages; drones and satellite technology as well as risk modeling now enable us to rapidly complete damage assessments.

4. Preparedness is the best investment any government can make.

If I had one wish, I would put a sign in every Finance Ministry official’s office that says: “The Biggest Driver of Disaster Losses is the Growth of People and Assets in Harm’s Way.” Risk-based land-use planning that steers future growth of cities and settlements away from high-risk areas, early warning systems especially the last-mile connectivity into communities (shown to save at least $3 of benefits for every dollar invested), and investments in multi-purpose shelters (as Bangladesh has successfully done) not just saves lives and avoids losses, but generates tremendous economic benefits as well.

Which brings us to our “half lesson”: each disaster and its context is unique.

While the four lessons above are important, reconstruction strategies must be country-owned and community-driven, taking into account ground realities and institutional capabilities.  Post-disaster reconstruction strategies should also balance trade-offs between speed and fiduciary controls, emergency versus regular procurement, urban versus rural settings, on versus off budget expenditures, and most importantly, immediate rebuilding versus long-term planning. I think the last 'half lesson' is actually a complete lesson NOT half. Malawi fared off better than Moza and Zim becoz of extensive us of community driven initiatives,. As a result their case fatalities were far less despite more injuries and extensive damage, which to me is a better trade off.

Many thanks for this comment which I agree with. Yes-it actually is a “meta-lesson” that applies to the previous 4 lessons.

Yes, let us discuss: development aid and disasters
New settlements after catastrophes or as a replacement for slums should not only focus on the financial possibilities. But also to human dignity living climate for young and old needy. This includes the ability to develop a sense of community, in the immediate vicinity up to the self-governing village;- connected to the transport network of the nearby city. Already these requirements require a binding detailed master plan which works also in the final construction including care and disposals.
For the time being, expensive imports of cement, steel, sheet metal and bricks should be avoided as far as possible. Instead to use sustainable material in the immediate vicinity.
As the? By imparting know-how and training for prefabrication of the materials. Professionals can be requested by NGOs. Directional detailed master plans and blueprints are also provided by NGOs.
It works and, after reconstructions, there are no new temporaries of the really needy - helplessly exposed to hurricane or earthquake