Don’t Put All Your Exports in One Basket (That Means You, Resource-Rich Country!) 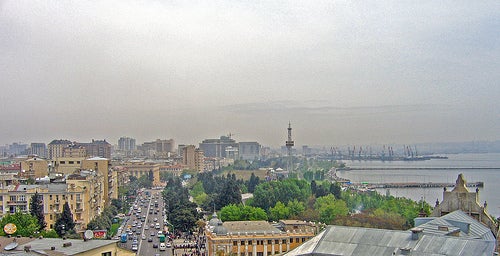 Diversification of a country’s exports – increasing both the number of products it produces and the destinations of those products – is considered part of the path to development. Many economists and policy-makers see export diversification as an important means for increasing employment and speeding growth. Diversification also makes growth more stable, as it provides protection against shocks; a country that exports many products will not be hit so hard when the price of one falls, and similarly, a nation that exports to a wide variety of destinations will be shielded against a recession in one of them.

But new evidence contributes to a body of work suggesting that countries with an abundance of natural resources might be more prone to export concentration during spurts of high natural-resource prices – mainly in products, but also to a milder extent in trading partners – leaving them more vulnerable to price swings.

Our recent Policy Research Working Paper looks at several dimensions of export performance in 12 European and Central Asian (ECA) countries during the commodity boom of the early 2000s. We found that abundance in natural resources was not only associated with the level of export diversification, but also with its evolution over time. Resource-rich countries in these ECA countries tended to export a more concentrated mix of products than might be predicted given their size, level of development, and resource-endowment – and that that concentration increased over the period of the commodity boom. Resource-poor countries in the region, on the other hand, tended to show more diversification, both in products exported and in the destination countries of those products. In addition, the extent of diversification in those resource-poor countries actually increased over the commodity boom.

As a group, the ECA countries under analysis (Armenia, Azerbaijan, Belarus, Georgia, Kazakhstan, Kyrgyz Republic, Moldova, Russia, Tajikistan, Turkmenistan, Ukraine, and Uzbekistan) showed high export growth in the first half of the period between 2000 and 2010. Commodity prices increased significantly during that decade, with oil and gas prices more than doubling. World trade, including trade by ECA countries, also contracted sharply in the second half of the decade, which was marked by a global downturn.

The resource-rich countries – those with positive net-per-capita exports of minerals and natural resources during the period – were Azerbaijan, Kazakhstan, Russia, Tajikistan, Turkmenistan, and Uzbekistan. The resource-poor countries (net importers or ambiguous) were Armenia, Belarus, Kyrgyz Republic, Moldova, Ukraine, and Georgia.

Resource-poor countries, on the other hand, increased the number of exported products, contributing to further diversification of their export bundles during the decade under study. They also further diversified along the destination dimension, penetrating eight new markets, on average – an increase of about 15 percent in the number of markets reached.

Finally, we looked at small versus large economies in ECA. We found that smaller economies were more likely to diversify, both by selling to new markets and by introducing new products. But they also were more prone to seeing “extinction” of export products, a reasonable consequence of higher experimentation.

Included in that analysis was a look at how well ECA countries performed in exporting to countries in the East Asia and Pacific region – the fastest-growing region in terms of both amounts and types of exports received. Almost all of the ECA countries increased exports to EAP, but small economies behaved differently than large economies. We found that the small economies of ECA sold more of the same products to new markets. The larger economies in our group, by contrast, sold more of the same products to the same destinations.

These results stress the perils associated with resource abundance and underscore the importance for resource-abundant countries of designing policies conducive to the diversification of their exported products. These include, but are not restricted to, preserving a liberal trade regime – especially ensuring access to a wide variety of imported inputs – encouraging human capital formation, and ensuring that firms have access to finance (especially risk capital). This will help prevent the blessing of resource abundance from turning into a curse.