At the Heart of the Matter: Improved Market Access to Food Supplies 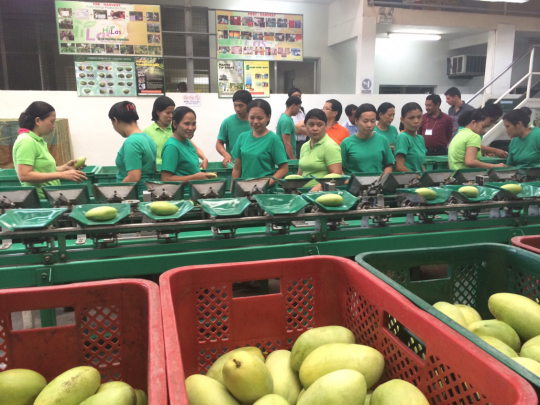 At the Ninth WTO Ministerial Conference held in Bali on December 2013, all WTO members reached an agreement on trade facilitation and a compromise on food security issues, a contentious topic which had previously stalled talks during the 2008 Doha Development Round. The “Bali Package,” as it came to be known, was quickly heralded as an important milestone, reaffirming the legitimacy of multilateral trade negotiations while simultaneously recognizing the significant development benefits of reducing the time and costs to trade.

Seven months after the Bali Ministerial Conference, however, the Trade Facilitation Agreement (TFA) has yet to be ratified as India is concerned that insufficient attention has been given to the issue of food subsidies and the stockpiling of grains. India maintains that agreements on the food security issue must be in concert with the TFA.

Despite the current impasse in implementing the Bali decisions, the food security concern at the heart of the matter sheds light on the importance of improving the agribusiness supply chains of developing countries to ensure maximum efficiencies. Consider the fact that in 2014, farmers will produce approximately 2.5 billion tons of food. Yet, 1.3 billion tons are lost or wasted each year between farm and fork, while 805 million people suffer from chronic hunger.

While in medium and high-income countries most food is wasted at the consumption stage, food in low-income countries is mostly lost during the early and middle stages of the supply chain as a result of border delays and limitations in harvesting techniques, storage and cooling facilities in difficult climatic conditions, infrastructure, packaging and marketing systems. These staggering numbers reveal that the issue at hand is not about growing enough food to feed a country’s people, but rather making markets and programs work efficiently so that food can actually be delivered to the vulnerable and needy.

In Africa, for instance, according to the World Bank report entitled Africa Can Feed Africa, “African farmers can potentially grow enough food to feed the entire continent and avert future food crises. However, this potential has yet to be exploited because African farmers face more trade barriers in accessing the inputs they need, and more trade constraints in getting their food to consumers in African cities, than do suppliers from the rest of the world.”

Varying at different points along the value chain of food products, key trade barriers in Africa (and many developing countries) include:

With low and middle-income countries accounting for approximately one third of global trade in food and agricultural products, improving trade logistics along agribusiness supply chains is essential for ending poverty and boosting shared prosperity, particularly by enabling the creation of more jobs in the agricultural sector, ensuring poor people’s access to food, and increasing returns to farmers for the food they produce.

Naturally, different food products have their own handling requirements. For instance, bulk grains and food staples are generally more robust and forgiving to poor storage and handling than many high-value grocery store items; however, they too suffer significant losses due to heat, pest, water damage, and many other factors. Nonetheless, consumers expect to find high-quality foodstuffs on grocery store shelves year round and getting agri-products to market faster and in a more cost-effective manner are key factors that determine the ability of developing countries and their farmers to effectively compete and thrive in global, consumer-driven markets.

The diagram below illustrates three key elements that influence and determine a country’s agribusiness competitiveness: Calling for all authorities and agencies responsible for border control and procedures dealing with the importation, exportation and transit of goods to cooperate and coordinate their activities, the TFA offers a clear opportunity for developing countries to create a cohesive trade enabling logistics system that works to mitigate the challenges of agribusiness trade discussed earlier.

When undertaking reforms to address obstacles impacting the efficiency of agricultural supply chains, the following typology of countries can serve as useful framework to guide implementation work:

Despite the current gridlock around ratifying the WTO TFA, the benefits to be gained from implementing trade facilitation reforms are undeniable.

When taking into account that low and middle-income countries account for about one-third of the global trade in food and agricultural products, and 75 percent of the world’s poor live in rural areas and their incomes are directly or indirectly linked to agriculture, developing countries stand to gain the most from the implementation of trade facilitation reforms.

According to OECD estimates, adopting a comprehensive WTO trade facilitation reform package aimed at removing trade logistics barriers can reduce overall trading costs by over 15 percent in developing countries. Furthermore, reducing supply chain barriers could increase global GDP by nearly 5 percent, with higher potential gains in the developing world, most notably 12 percent in Sub-Saharan Africa and 8 percent in South and Central Asia. The recent WEF report entitled Enabling Trade: From Farm to Fork asserts that “given the characteristics of agricultural goods and their susceptibility to supply chain barriers, the value at stake for the agricultural sector is likely even higher.”