Helping Small Business To Be an Engine of Growth and Employment 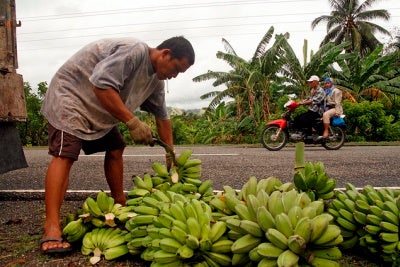 In developing countries, small businesses employ a disproportionate share of the population: SMEs comprise two-thirds of formal private sector employment in emerging markets and create 95 percent of jobs in low income countries. They take many forms, from mobile food vendor to technology firm, and they can be incubators of creativity. But, as studies have shown, on average, they account for a smaller share of productivity growth than large firms.

This week I am in Kigali, Rwanda, to participate in the World Export Development Forum. Its theme is: “SMEs: creating jobs through trade.” At this forum, government and business leaders will discuss the role of SMEs in international trade and strategies for increasing their participation. I will speak about the work the World Bank Group is doing to help improve the conditions for SME competitiveness and their integration into the global economy.

The hurdles that SMEs face in competing in domestic and international markets are well-known. They have limited labor and management skills. They have limited access to finance and infrastructure and face information asymmetries. They disproportionately confront regulatory barriers (e.g. weak property rights, competition policy constraints, red tape) and are not well equipped to comply with internationally recognized standards, including quality standards and delivery times. They face high trade costs and trade barriers. In Africa, half of new exporters do not survive past the first year. And regardless of how long they have been in business, African firms tend to be 20–24 percent smaller than firms in other regions of the world.

The international community, in partnership with country governments, is contributing good, ongoing work to help SMEs be more powerful engines of employment and economic growth. The International Trade Centre (ITC), for example, which organized the forum in partnership with the Rwandan government, has a number of initiatives in place to help SMEs overcome challenges presented by their small size.

For our part, the World Bank Group’s Trade and Competitiveness Global Practice works across the spectrum of factors affecting SME competitiveness and internationalization.  Around the world, our projects provide a range of policy-, sector-, and firm-level support to allow SMEs to compete on international markets, whether they are selling directly to consumers or joining global value chains.  In Philippines, for example, fruit producers on remote islands had limited choice of operators equipped with appropriate cold chain technology to transport their produce to international harbors. Eliminating entry barriers for new operators and foreign vessels is expected to increase the availability of quality transport services that will allow more small producers to integrate into larger supply chains.

In Honduras, for example, we helped 110 firms (many of which were SMEs) to obtain international certifications, including those that give them credentials to enter the organic market.  And in Colombia, we are working to improve managerial capacity in suppliers contributing to the auto-parts supply chain.

In Africa, we have been helping to make the border more welcoming to small traders in Zambia and Malawi, and working with poor women traders in the Great Lakes region.  We also helped harmonize standards for seed certification (soybean, sunflower, sorghum) in the East African Community to allow local seed producers in Uganda and Tanzania to market their seeds in Kenya, leveling the playing field in Kenyan markets and improving value chains for edible oil.  Through our InfoDev program, we support firm-level entrepreneurship and innovation. We help entrepreneurs such as Chris Asego in Kenya – who co-founded a company that uses mobile technology to spread educational resources – to secure financing, get business coaching, and meet with investors and each other.

Rwanda is an apt host for this forum. Among all countries measured by Doing Business, Rwanda has made the biggest improvement in its investment climate in recent years. Working with the World Bank Group since 2008 on investment climate issues, the country has improved a host of regulations and removed barriers that blocked growing businesses from formally establishing and growing.  A forthcoming study by the World Bank Group in Rwanda has found that cumulative business entry reforms there have led to the an estimated additional US$40 million to US$106 million in investment and up to 29,000 jobs.

And the economy has grown with these reforms, according to a recent policy note on private sector development in Rwanda. Economic growth in Rwanda has been significantly higher than that of its regional counterparts, topping 8.2 percent in 2011 and 8.0 percent in 2012 (though real GDP declined from 8.8 percent in 2012 to 4.7 percent in 2013). And the service sector – most notably trade, transport and telecommunication — is growing. It contributed to more than half of the increase in GDP from 2008 to 2013.  Goods exports also increased (driven by mineral exports) by 19 percent annually between 2008 and 2013.
A Competitiveness and Enterprise Development Project in Rwanda completed in 2011 also tracked improvements. The project, which was done in collaboration with the Rwanda Investment Climate Reform Program, helped improve institutions that provide arbitration and other support for SMEs, aided in the privatization of tea companies, and worked with banks to improve access to credit. Some of the results were:

The country continues to strive to strengthen its competiveness even further. Trade in Rwanda is low, even when compared to landlocked countries with similar GDP per capita. Five main products – coffee, tea and the minerals niobium, tin, and tungsten – make up a large majority of the country’s merchandise exports. And there are some constraints to business development not captured in the Doing Business indicators that may be inhibiting investment, including inadequate infrastructure, limited electricity and high transportation costs, lack of adequate skills, and market and coordination failure.

So as we gather in Kigali to exchange ideas on SME development, let us celebrate the achievements of our hosts, but also commit to continued support. Let us be inspired not only by the small businesses, but also the people they employ, and the goods and services they provide, as we work to bolster economic growth and reduce poverty. Good morning,
Could you provide a similar analysis for small countries in South America specifically Ecuador. Also, what is the impact of small businesses in North America.

Good initiative but need adjustment. Observation has shown that if you support SMEs they will remain SMEs. They don't want to grow into big business and because most are run by one man - it is easy for them to die when the person in charge is dead or run out of ideas. Emphasis should be to support SMEs that have the will and capacity to grow and run professionally. That way, we will be able to develop large industries/business of international calibre that can provide decent work and pay taxes for national development.

You are quite right that SME survival rates can be a problem for development. As Anabel Gonzalez mentioned, in Africa, half of new exporters do not survive past the first year. Through a number of programs at the World Bank Group, we are working to help countries create the conditions that make SMEs more able to grow into bigger, more successful businesses with higher longevity. Thank you for reading!

Hello Arnold!
your advice is nice. I am managing a start up business and my experience is that even though they are so many ways to support SMEs, the best way to make them grow is to provide support with coaching rather than giving them money only, for money may not be enough for a SME to grow and become a big business.

Good blog entry! Particularly appreciate the examples of what's been achieved and what is expected out of the Kigali meeting. Keep up the good work, and we'll keep tweeting about it.