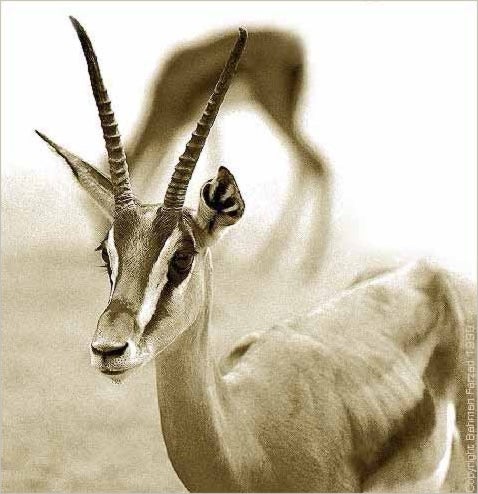 Governments and policy makers often look to small and medium-sized enterprises to drive growth in developing economies. These SMEs are held up as incubators of creativity and entrepreneurship, pushing the market to change, expand, and better meet consumer needs. But perhaps SMEs aren’t the only category to applaud. Research has shown that certain firms, regardless of their size, create jobs, export goods, and generally grow faster than others. We think these are the firms to watch.

To explain, we use an animal analogy developed by David Birch. Birch classified firms into “mice,” small firms that tend to stay small; “elephants,” large firms that do not grow rapidly; and “gazelles,” firms that both grow rapidly and account for a large share of employment or revenue growth. These gazelling firms are key to nascent, growing economies. As Caroline Freund and Martha Denisse Peirola show in Export Superstars, a World Bank Research Policy Paper, it is often a few big firms that account for the lion’s share of national exports. Not only are these few good firms responsible for the largest growth in exports, they also contribute most of the export diversification. In fact, countries’ relative comparative advantage is defined by these large, well-performing firms.

We believe that studying these gazelles can help policymakers better understand the environments in which entrepreneurship thrives. In a recent working paper released by the U.S. International Trade Commission, we add to the firm-level bestiary of “mice,” “elephants,” and “gazelles.” We describe a new animal: the “gazilla” – a gazelle the size of Godzilla. These are large firms that also grow very rapidly. Think Apple in the United States, Gazprom in Russia, and Nintendo in Japan. Gazillas are the largest, most successful businesses in an economy, and they reveal a lot about the business, policy, and technological climate in a country. They help craft what Alfred Marshall would have characterized as “the industrial leadership” of a nation: One could say “as American as Apple,” “as Russian as Gazprom,” “as Japanese as Nintendo.” We know a lot about the US economy by looking at Apple – people are wired; production is globally fragmented, with the US taking the lead in research; and consumers care about novelty and style. Should we be saying “As Chinese as Petrochina”? “As Indian as Infosys”? And if so, what would we mean by that?

In our research, we explore the case of rapidly growing firms, big and small, in India and China. We try to identify what factors lead to their success, and to what extent their growth spurts coincide with exporting. We find that in China exporters are more likely to be gazelles, but that not all gazelles are exporters. In India, non-exporting firms are twice as likely as exporting firms to be gazelles. And consistent with other literature on gazelles, younger and smaller firms are more likely to act as gazelles. For instance, the median age of a firm in the Chinese dataset is about 8 years, and the median age for gazelles is about 6 years.

Gazillas are different. For these larger, fast-expanding firms – in both China and India – exports are certainly a successful path to growth, but so are sales to a rapidly growing domestic market. Foreign-invested firms perform well in all kinds of environments, domestic or otherwise. State-owned firms are less likely to grow rapidly on average, but there are a lot of exceptions to the average.

In India, gazillas include firms that predate independence, but that have flourished for at least some periods under reform, and firms that were founded in the reform era. Indeed, service sector reforms, particularly in telecommunications in the late-1990s (see paper by Arnold et al), are associated with the emergence of gazillas active in telecommunications, business consulting, and software, operating in domestic and foreign markets. In China, gazillas are often state-owned enterprises. The largest of these emerged through a turbulent period of restructuring, when sectors like oil, steel, and electricity were turned from ministerial units into corporations in 1993. In short, the role of the state and of reforms appears to be crucial in both countries in driving the growth of firms, and especially large, fast-growing firms.

In a cursory search through a stock screener, we found notable gazillas in banking, chemicals, food products, utilities and retailing in countries like the US, Japan, Russia and Brazil. The case of rapidly-growing and well-performing large firms is not limited to a few countries, and given their impact on growth and potential for employment, we need to do more than simply scratch the surface of the narratives. Research shows that fast-growing firms, both small and large, can be at the forefront of technological change and can define a country’s comparative advantage. Policy makers would do well to pay attention to the circumstances that allow these kinds of firms to flourish.

Disclaimer: This post does not represent the views of the U.S. International Trade Commission or any of its Commissioners.