Picture Trade: How we can visualize intra-regional trade in South Asia and beyond

Which regions trade more amongst themselves? What are the top products being exported or imported? Who are the top exporting and importing countries in a particular region?

Here is a visual representation of regional trade in South Asia in WITS that can help quickly unpack some of these questions as they relate to the region.

After the jump, we break down these numbers and show how you can explore the viz.

Now, if you look at South Asia in 2011 (not all South Asian countries have reported for later years), 25 percent of its exports are to Europe and Central Asia. More than a third of these exports (36 percent) are textiles and clothing. If you click on the plus sign above South Asia in the visual you can see each country and its individual share. 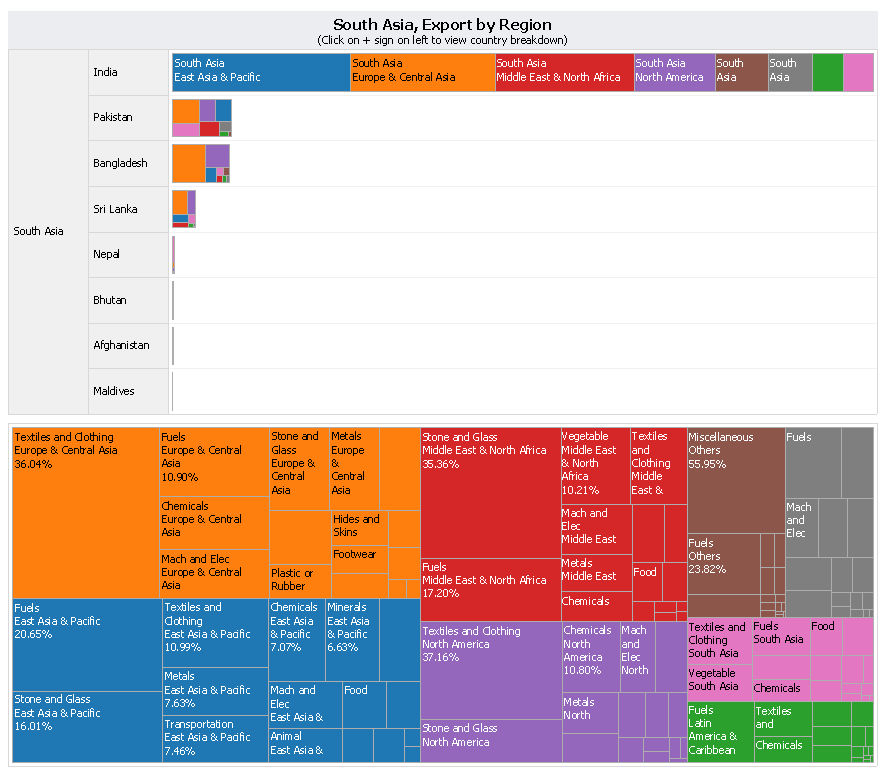 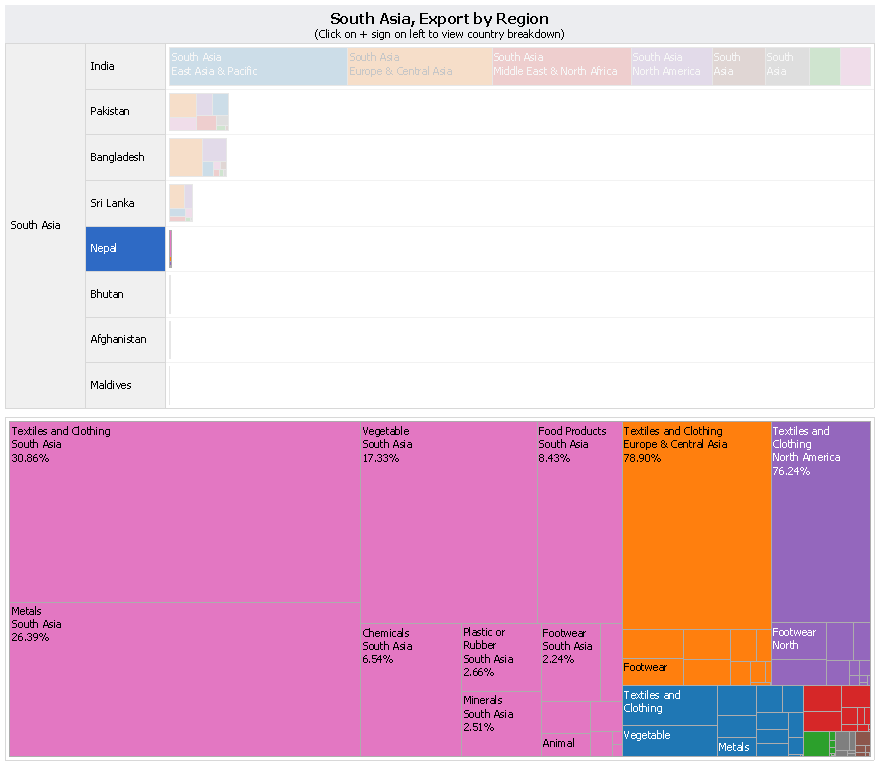 To get an idea as to why intra-South Asia trade is so low and how it can be boosted, check out our World Bank colleague Sanjay Kathuria’s blog on some of the reasons.

While you’re at it, use the WITS visualization to explore trends in other parts of the world. You can toggle the regions, year, and trade flow (export/import), as well as flipping between trade by Partner Region or trade by Product.

As always let us know what you find, and let us know how we can improve WITS for your use!