The six land corridors that are the “Belt” part of the Belt and Road Initiative (BRI) connect more than sixty countries, a number that keeps growing as more and more countries join. However, even as the initiative progresses, there are still open questions as to what each participating country will gain from the initiative.

How can a country best benefit from the BRI? How should projects be prioritized and sequenced? What opportunities emerge as a result of participating? A new World Bank research paper explores these recurring questions.

Our analysis is based on exploring the position of each country’s economic centers along the BRI network of corridors. Ultimately, an initiative such as the BRI will change the way economic centers are connected. Productivity, competition, market opportunities, and transport and logistics costs could all be impacted.

Participating countries and cities within them will all certainly be affected by the implementation of the BRI. However, the extent of the impact will depend on where along the corridors a country or city is located relative to other economic centers. The difference matters, and is comparable to a storefront being located in a cul-de-sac or a thoroughfare. Countries and cities on the “thoroughfare” may see more opportunities to add value and intermediate trade, whereas countries in the “cul-de-sac” serve as an end node only. 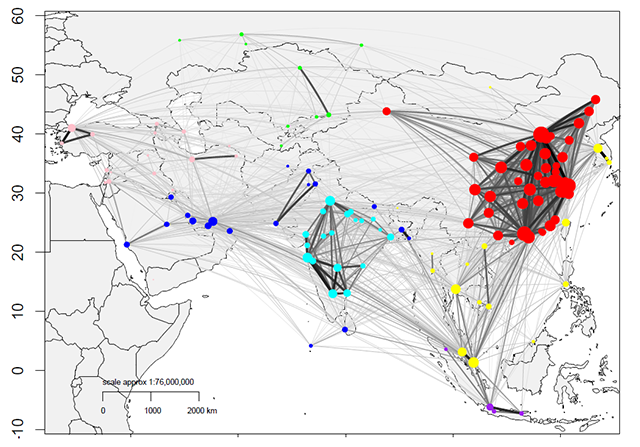 In our research, we have identified four ways that geography and connectivity could impact BRI countries. Many low-income countries are attracted to BRI projects by the potential for new investments in physical infrastructure. However, it is also important that they also do more to improve trade and other policies if they are to maximize the beneficial impacts of the initiative.The scope and scale of the measures that each country should pursue will depend on its position along a specific corridor and in the emerging global connectivity networks.What seems clear is that countries will need to take deliberate actions to realize the promise of BRI.
Topics
Infrastructure & Public-Private Partnerships
Competitiveness
Trade
Countries
China
Regions
East Asia and Pacific
South Asia
The World Region
Series
Belt and Road Initiative