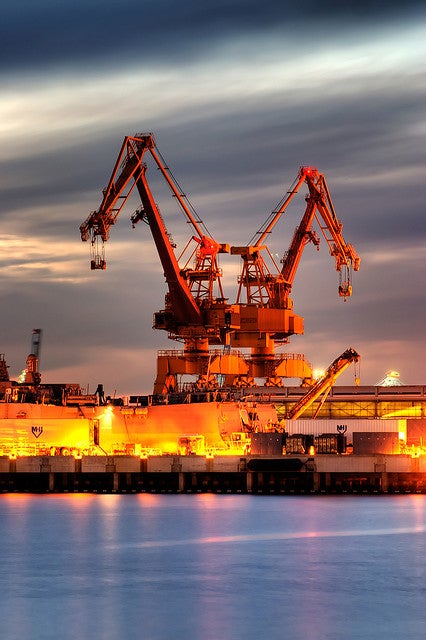 In the late 1950s, a group of businessmen and politicians on the outskirts of a small town in western Ireland realized their local airport was in jeopardy of losing its international flights. Knowing how important transit passengers and the airlines were to their economy, a proposal for a special industrial area near the airport was submitted and approved, marking the inception of the world’s first modern free trade zone in Shannon, Ireland. Today, the concept has gone global with an estimated 4,300 various types of zones worldwide.

All across the world, we have seen countries exploring and seizing the potential of these industrial zones—often also called industrial parks or special economic zones. In East Asia, you can point to the experiences of China, Singapore, Malaysia, the Republic of Korea and Vietnam. In Central America, we have those of the Dominican Republic, Costa Rica, and Honduras. In the Middle East and North Africa, the United Arab Emirates and Jordan have also created zones. In Sub-Sahara Africa, Mauritius first set up an export processing zone all the way back in the 1970s, and today, countries across the region continue to experiment with modern industrial zone regimes.

The concept of the industrial zone is gaining more acceptance globally. The appeal lies in these zones’ ability to catalyze economic development and structural transformation.

The experience of industrial zones in emerging economies has proven that, if implemented successfully, they can help to generate employment, foreign direct investment (FDI), foreign exchange earnings, exports, and government revenues. While results have been mixed in certain countries, in the more successful cases, industrial zones have also helped to facilitate skills upgrading, technology transfer, adoption of modern management practices, economic diversification, and cluster formation.

In some countries, zones were even used to test economic reforms and new policies and approaches. By creating a demonstration effect, once successful, these reforms were replicated nationwide.

This approach is inseparable from China’s remarkable economic transformation over the last three decades. China’s first special economic zone – Shenzhen – is now one of its most developed and innovative cities, with a population of around 12 million.

How are industrial zones able to achieve such effects?

The main reason is that these instruments can help to overcome the binding constraints of business development, such as rigid and constraining regulatory regimes, poor infrastructure, and inadequate trade logistics. They do so by creating a more conducive business environment in a geographically limited area. This can be achieved through a more liberal legal and regulatory framework, efficient public services, and better infrastructure within the zone, including better roads, power, water, and wastewater treatment. Some newer-generation zones are even becoming the drivers of green development and eco-industrial cities.

Developing countries often cannot create the business environment or build out enabling infrastructure nationwide all at once, due to limited resources and implementation capacity. They often also have limited political capital to defend policies and reforms against vested interest groups and political opposition. This makes targeted interventions or a pilot approach necessary, especially at the initial stages.

However, it’s important to note that industrial zones should be used to address market failures or binding constraints that cannot be addressed through other options. If the constraints can be addressed through countrywide reforms, sector-wide incentives, or universal approaches, then zones might not be necessary. Creating an industrial zone is a very expensive undertaking and involves very careful and skilled planning, design, and management. It should not be taken lightly.

Unlike early days when most zones were developed by government, today more and more zones are developed through public-private partnerships (PPP), with increasing participation from the private sector. In such cases, the functions of the public sector typically include implementation of a transparent and clear regulatory framework, provision of land and efficient public services, financing of basic infrastructure, and oversight of private developers or operators. The private sector partner(s), on the other hand, will be responsible for zone development and operation, provision of certain on-site infrastructure, and services, like asset management, global outreach, and investor relations.

To be clear, industrial zones are not a panacea. They may fail for various reasons. But successful zones often possess the following key characteristics: This is a really informational, clear, and useful article. I also like that it wasn't expressed from the viewpoint of one particular country only, while also recognizinh the examples given are probably the most appropriate to illustrate how successful industrial zones have been.