The WTO Environmental Goods Agreement: Why Even A Small Step Forward Is a Good Step 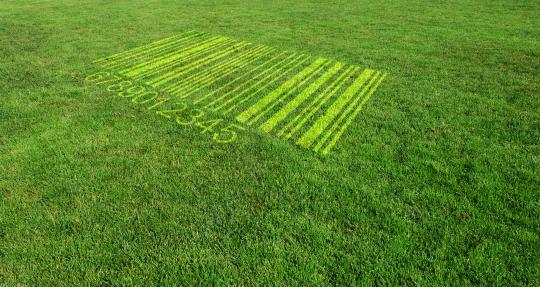 International trade has a critical role to play in environmental protection and the effort to mitigate climate change. While it certainly isn’t always framed this way, it is important to realize that increased trade and economic growth are not necessarily incompatible with a cleaner environment and a healthier climate.

If we are going to move away from dirty fossil fuels and inefficient energy processes at a rate necessary to limit the likely devastating results of a warmer planet, then we need enabling policies in place—especially when it comes to trade policy.

That’s why, this week, a group of 14 World Trade Organization (WTO) Members are meeting to begin the second round of negotiations on the Environmental Goods Agreement (EGA)—an effort aimed at liberalizing trade in products that help make our world cleaner and greener.

These negotiations are building on a list of 54 environmental goods identified by the Asia-Pacific Economic Cooperation (APEC) forum in 2012. In a pioneering move, the APEC nations agreed to reduce import tariffs on these goods to 5 percent or less by 2015.

The list includes renewable and clean energy technologies, water and waste treatment products, air pollution control technologies, and environmental monitoring and assessment equipment. Lower tariffs on these products should lead to lower prices, which can help support emerging green industries across the globe by boosting trade in environmental goods (EGs). At the same time, they can help meet national climate and energy targets, strengthen energy security, and reduce dependency on fossil fuels.

But here’s the tricky part: Ignoring for a moment the complexity and difficulty of trade negotiations in general, a “critical mass” must be reached. Historically, this has been when parties to a WTO plurilateral agreement account for 90 percent of global goods trade for the products under discussion, as for the Information Technology Agreement. If this threshold is reached, the agreement will go into effect for all WTO members based on the Most Favoured Nation (MFN) principle.

Currently, the 14 Members negotiating the EGA account for 86 percent of global EGs trade.

That’s not to say the threshold cannot be reached. This plurilateral agreement route has delivered progress, even as the Doha Round of negotiations has stalled, on issues like government procurement and information technology.

So the good news: it can be done.

Ten of the 14 Members of the negotiations are APEC nations—a solid bloc to lead this process. Not only was the APEC agreement the first time major trading nations had ever agreed on a list of EGs, but its members also account for over two-thirds of global trade in EGs on that initial list.

The fact that a bloc of mostly non-Western, emerging economies is creating initiatives and driving pluralistic negotiations in the WTO is notable. With high-profile megaregional trade negotiations in the spotlight, some observers have questioned the role of the WTO as the most viable forum for trade negotiations. This process offers a chance for the global body to underscore its value to developing countries and on the world stage.

Global trade in EGs already totals nearly US$1 trillion annually. But an increasingly large percentage of that is now in South-South trade flows, led by China, according to a recent report identifying key growth markets for trade in EGs published by the United Nations Environment Programme (UNEP).

In fact, the global market for low-carbon and energy-efficient technologies is projected to nearly double by 2020. This “offers developing countries an unprecedented opportunity to drive the green economy transition,” according to United Nations Under-Secretary General and UNEP Executive Director Achim Steiner.

Imagine, in a world awaiting a global agreement to combat climate change, the world’s foremost economic institution may be the first to cement a legally-binding first step. But for it to do so, the EGA will need to overcome substantial obstacles.

First, there must be agreement on what constitutes an “environmental good.” The 14 Members have started from the original APEC list of 54 products to expand it to a broader list that could  go up to 411 goods. But this has led to concerns of mercantilism, with countries failing to lower protections on products and industries with particularly high tariff peaks. Not to mention concerns over how “green” some products actually are, especially when it comes to components that can be used in natural gas exploitation or nuclear energy production.

Second, there is the critical mass threshold. Increased country participation is essential to move further towards free trade in EGs. Other major economies, like India and Brazil, as well as other low-income countries eager to follow a more sustainable development path should be encouraged to participate in the negotiations. For some, there have been fears of a spike in cheaper, foreign imports that could crowd out domestic traders. But analysis shows these fears to be overstated.

Third, tariffs on EGs are already relatively low (some already at zero) and reducing them is far from a breathtaking task. Even if the list of 411 is agreed upon, recent analysis shows that by taking tariff dispersion into account the tariff structure on EGs would be equivalent to a 3.4 percent uniform tariff. For many products there would likely be minimal impact.

And finally, most critically, the EGA—as of now—fails to address the areas where a new agreement could have the biggest impact on lowering trade costs: non-tariff barriers (NTBs) and trade in environmental services (ESs).

In an ideal world, a first best EGA would expand the list of suitable EGs and eliminate all tariffs on these products—they’re low enough already. It would harmonize regulations, processes, and product standards to help overcome the much more significant impact of NTBs on trade costs in EGs. And it would incorporate trade in ESs, recognizing that in today’s markets EGs and ESs are complementary and often go hand-in-hand. Then, more economies, particularly lower- and middle-income countries would become party to the agreement.

For now, any legally-binding global agreement on EGs is a step in the right direction, and one to be praised. It was nice to read both the article and Mr. Rajan Sudesh Ratna, ArtNeT,UNESCAP comments on the present negotiations on the WTO's Negotiation under the trade and Environment. It ironical to see developed countries having very large commercial interest in these EGs giving the pretext of the critical mass as precondition for MFN approach in under the plurilateral agreement route.
The evidence for the presence of NTMs in these products have been established beyond doubt.

Its a very interesting analysis and reading. Congratulations for bringing this discussions forward.
However, one must need to get into the details of the proposals and discussions. In my opinion, there are two issues that remain unanswered:
1. Is it truely that countries are interested in protecting environment or its a ploy to get a simple market access like ITA?
2. How useul if the APEC list and their commitments to bring the duties to 5% - an effort which is being lauded by everybody?
If one carefully examines the list and the proposals, one would observe:
1. The negotiations on EGS is not deeply rooted on environmental reasons but pure market access. If not so, then why is the issue of 'critical mass' is being debated? Countries can take lead in autonomously removing barriers to trade - not only tariff but also non-tariff measures. If one examines more carefully, looking at SPS and TBT notifications made by the WTO members on the EGS list, most of the countries which are proponents of tariff liberalisation maintain NTMs on these items and surprisingly some even maintian NTMs with the Objectives of 'environmental protection'!
How an environmetal goods can cause damage to environment has never been examined or discussed in detail and why on these items such NTMs are maintianed has not been answered. While it is mentioned that lower tariff will bring lower prices, what about the transfer of technology on these items? This was debated at one point but then dropped due to strong resistance from some of the WTO members. Why agricultural items, mainly "organic ffod' is kept out of the EGS? Natural dyes or naturally dyed fabrics/garments have never been encouraged to be kept in this list of EG list, depite the fact that they have no 'dual or multiple usage"?
2. Coming to the APEC list. The list also is not a clear list. There are several dual or multiple use items like boilers and other machineries, and even APEC members have indicated several 'ex-outs' on such items. An ideal situation would be to allow duty-free imports on all usage items preferably at 6 digit HS as looking at the usage and the ex-outs will not serve the purpose since the discretion of Customs at the time of imports and associated documents to prove the usage of the products will make the cost of compliance to be more than the duty saved! Thus no one will effectively import these goods under the EGS category (the situation issimilar to lesser utility of FTAs where the MFN duties are around 5-7% since the cost of documentation is higher thn the extend of tarff concession that are available on imports and thus the traders prefer to import by paying the full MFN duty).
Another point that is worth noting relates to the existing MFN duties on these 54 items in APEC members. The reality is that all APEC members except Chile, Republic of Korea, Brunei and Indonesia have the average MFN duties already less than 5%. So when APEc gave a call for bringing the duties to 5% it was only an optical signal and not effective reduction in tariffs. If APEC is really serious for this cause, they must review and commit to bring duties on these 54 items to Zero rather than 5%.
Thus, if the countrie sare serious on this issue in the larger and broader context, they should not look for issues like 'critical mass'or 'plurilateral agreement". Rather they should autonously decide to bring duties to Zero voluntariliy! Afterall these are only 54 items out of more than 5000 total items at 6 digit HS nomenclature!

Nice read. I wonder if these negotiations on EGs will affect regional trade especially in Africa. I envision, two sides of the coin, good and bad. Mostly like to encourage trade but may also distort it. I have not figured out how it will affect the latter. Thanks

I must agree with Mr. Ratna's "feet on the ground" comment. Besides, I dont get on what grounds such a statement is done: "if India and Brazil want to follow a more sustainable path". Both countries have relatively low emission profiles and Brazil is the country with the highest amount of renewables in the energy matrix in the world. E.g.Germany has been "promising" to increase its share to 30% in 2030 while Brasil has already 42% (electricity over 84%) and has previously reached more than 60% with high oil prices. Worse than poorly informed sentence, it might be a case of "unintended" hypocrisy.
As if developed countries had ever followed any green path, for instance, air pollution has been an acknowledged problem in England since early middle age. Thats well documented. I dont know what makes ppl think that developing countries should consider anything else than a per capita benchmarks for sustainability and under the principle from "common but different". But back to the issue, EGs are all about center to periphery market access still represent the ol' mercantilist business model: 10 sticks per carrot dressed in a fair deal costume. Just waiting to see how the WTO-DSM will resolve the Argentina vs EU biodiesel quarrel.