Engaging citizens in local development: The story of the Tocantins Road Project in Brazil 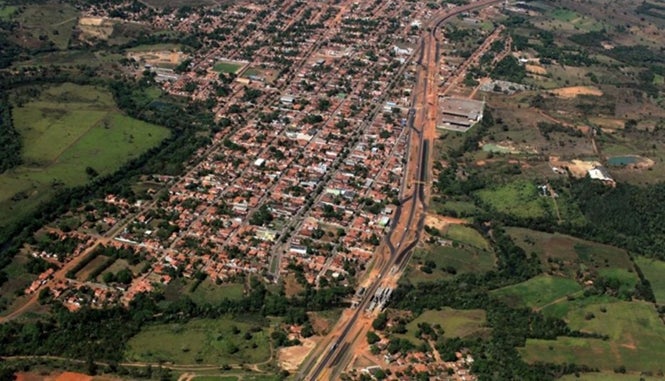 Miranorte is a small town in the State of Tocantins, northern Brazil, well-known for its pineapple production. During the rainy season, the production cannot reach the markets due to the obstruction of the roads with the water flow. In many places, the roads lack bridges and culverts, jeopardizing both safety and accessibility.

In order to address these challenges, the World Bank’s Multisector Project in Tocantins (2012-2019), which  includes a rural road component, decided to hear firsthand from the community about their priorities for development and inputs in the selection of roads that needed improvement. Aside from a practical and transparent approach, the consultations compensated for the lack of information required for conventional planning.

Tocantins, as many places in the world, doesn’t have any traffic data, information on road conditions, or even maps of the rural road network available. Although IT technologies are emerging and the importance of these data for management of road assets is evident, it is often time-consuming and costly to survey all the rural road network, especially in a state like Tocantins, which is larger than the United Kingdom.

With the support of the state and municipal governments, 72 consultations were organized in the same format targeting all 72 municipalities of the State’s western region. The government had never had such direct interactions with such a large number of rural residents at the municipal level, and took advantage of the opportunity to promote citizen engagement for a wider development agenda.

“We need a processing factory to sell our pineapple products at a higher price and to utilize the town’s full production capacity!”, stressed a female rural worker in Miranorte on the importance of value-added production for the rural community.

The consultation lasted a day and the first topic on the agenda was development issues. Facilitated by a trained staff member, participants explored challenges and actions needed for local development. The discussion covered not only roads, but also various sectors including agriculture, electricity, water, education, health, security, among others. The facilitators then summarized the discussion, whose key takeaways were summarized on big sticky notes. After the consultation, each municipality prepared its local development plan reflecting the challenges that had been identified as well as the proposed actions going forward.

Afternoon sessions were dedicated to rural roads, allowing participants to freely suggest any rural road sections for improvement. Using the same dynamic, a facilitator listed all suggestions visibly and the participants would then vote. The priority given to each road was based upon the highest number of votes. The entire process was transparent and the results shared immediately with the participants.

While there is always a risk of elite capturing in this kind of dynamic (for instance, from landowners), no obvious bias was found during the consultations. Furthermore, the discussion on development issues encouraged participants to avoid focusing on specific interests and to understand the need for rural road improvements from a broader viewpoint.

From a technical standpoint, some of the selected roads may not always have required works such as bridges or culverts. Therefore, engineers of the state road agency visited all roads prioritized during the consultations and identified the necessary works.

The $44-million budget for the rural road component was allocated to each municipality according to population, area, and human development index. The final list of works was compiled based on the engineers’ assessment and the budget limit of each municipality.

Among the project’s outcomes are: