Ensuring universal access: Lessons from the field in China

Also available in: 中文
Ensuring that urban roads are designed to be accessible to all users — particularly to users with mobility challenges — has long been a cornerstone of the World Bank’s urban transport strategy. But even if making urban roads more accessible involves relatively simple interventions such as building functioning sidewalks with tactile markings and curbside ramps, consistent implementation has not been easy. 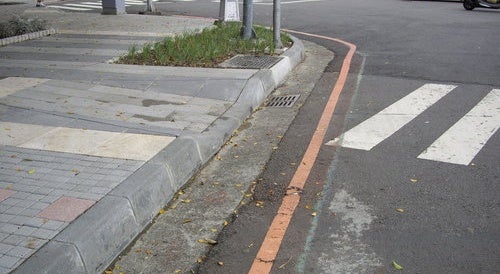 Although the incremental costs associated with such upgrades are fairly negligible, attention to detail is paramount. That is not always easy, and the attached picture (at right) taken during an implementation support mission some years ago illustrates this challenge quite well — this ramp is not aligned with sidewalk and too narrow for a wheelchairs to actually use.

Within that context, a project that took us to a series of medium-sized cities in North East China turned into one of the most memorable experiences of our careers. The Liaoning Medium Cities Infrastructure Project focused on rehabilitating and improving urban roads in five medium-sized cities of the industrial province of Liaoning. While on paper all the final designs complied with official accessibility requirements, the finished product often looked like the attached picture, with just enough askew to render the infrastructure unusable to many users. As the Bank team, we were struggling to get our counterparts within the city government to appreciate the issue. When we pointed out and followed up on particular issues, they would often see us as being nitpicky and somewhat out-of-touch with the gritty realities of construction in local conditions. 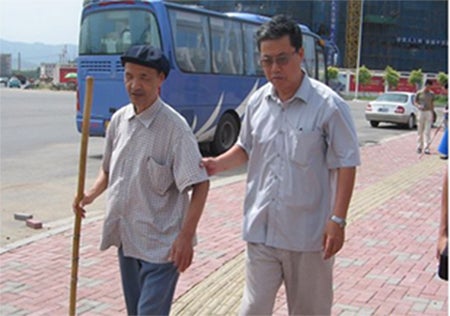 The situation started to improve after we suggested involving the city’s Association for People with Disabilities in supervising the construction. These well-organized civil society organizations exist in all Chinese cities and are often well-connected to government. Subsequently, the project management entities in many of the cities we worked in officially invited the Association to discuss infrastructure improvements and for the community to test them out.

After a few weeks, three of the cities sent us pictures and TV clippings of what seemed to be well-planned and substantive seminars where the new facilities were tested by the community. To our delight, the seminars also resulted in the adoption of a list of recommendations from the Association — which focused very much on specific details that needed to be fixed across the city. These recommendations, while not substantively different from those formulated by our team, turned out to be much more effective: not only were they all followed up on, at least one city — the city of Jinzhou, decided to institutionalize the practice and to organize an annual seminar with the Association where all construction work executed over the previous year would be discussed, evaluated and improved.

The success of this approach was replicated with varying levels of success in other cities we worked in.  We came away from that experience with three lessons, nicely exemplified in this video (http://youtu.be/4XO9xJET4LU) by our co-author Professor Shen, an advocate for inclusive mobility who works at the Liaoning Academy of Social Science.

1. For a person with limited mobility, infrastructure is only as accessible as its weakest link. This does not mean expensive solutions.  In order to make accessibility interventions useful to the intended user, the whole journey – door to door - from origin to destination has to be accessible, and mobility improvements need to be planned in a holistic way with particular attention to access (getting to/from and waiting at transit stations, boarding and alighting vehicles), vehicles and infrastructure in buildings (such as access and toilets).

2. While cost is often an important factor when retrofitting existing infrastructure, the challenge of making new infrastructure accessible from the inception does not come from incremental costs – which, as mentioned earlier, are usually minimal, but rather from the importance of careful implementation and attention to detail. Moreover, even though China does not as yet have legislative requirements or mandates that require new construction to be accessible, two key building blocks have played a key part in fostering accessible urban mobility across China, at a time when the country is investing unprecedented amounts in urban infrastructure:  3. This experience reiterated the critical role that consultation can play in improving the quality of outcomes for public service delivery. A resident complaining that they cannot get to work because of a badly-executed curb cut is much more effective at communicating with a local decision-maker than any World Bank team talking about principles of accessible design could ever be.