For those of us anxiously awaiting the new edition of the World Bank’s leading publication, the World Development Report (WDR) each year, this year’s edition does not disappoint.  Credit should be given to the team of the ‘WDR2012: Gender Equality and Development’ team for successfully moving their analysis from skepticism to the elaboration of a sensible analytical framework focused on aspects of gender equality through the workings of households, markets, institutions and their related interactions. Working in transportation, I could not help but to desperately seek across the report for evidence and analysis on transport and mobility to cover some of the issues at stake in relation to women in transportation.  The report makes clear references to problems of physical mobility caused by social norms and constraints, the need for pedestrian infrastructure and safety measures for efficient use of transport by women.

During the period 2008-2010, the transport sector initiated several country surveys to better understand how road transport is meeting both men’s and women’s transport needs, and more specifically how transport is facilitating or constraining access to resources, markets, and employment. A review of these surveys shows that there are persistent differences in access and personal safety constraints for men and women across regions. Cultural norms and social restrictions on women's physical mobility appear to be the most limiting factor when it comes to accessing transportation – this is across areas, whether urban, peri-urban or rural. Cultural and social factors can negatively impact the use and access to transportation, limiting access and use of various modes such as private cars and non-motorized modes of transport like bicycles. In some of the countries reviewed, women are very strongly constrained by the fact that they cannot travel alone, having to travel in groups or with a man of their family; they are often harassed when travelling; and they can only rely on walking for the majority of their transport needs. Women are also not able to access or use transport when in labor and needing to go to the hospital simply because of social stigma and norms. 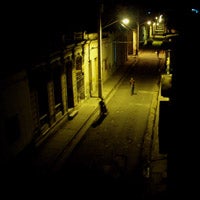 The surveys also reinforce the evidence that improving physical mobility can require interventions to focus on the 'personal safety' of both men and women through improved pedestrian environments –with a focus on improving lights, sidewalks, safety crossings and public transport—and better access to means of transport—the majority of women in developing countries walk as their primary mode of transport! Therefore, any policy intervention should also include a discussion on the differences in needs and constraints between urban and rural mobility and the allocation of investments not only on trunk roads and peak hours for commuting to work activities (typically men-oriented) but also on non-radial and non-peak routes, on which women tend to rely more than men. 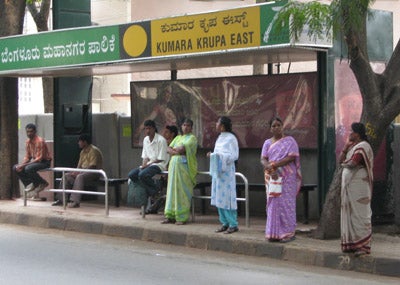 But what about the role of transportation on physical mobility in relation to the kinds of jobs that women do take? And that also impacts their household functions? The WDR and previous literature also present strong evidence that women will likely choose their jobs based on the distance, or transportation time, in relation to their residence.  They are also more likely to take on informal jobs or part-time jobs because formal and higher paying jobs might be farther away from their residences. This directly ties in with economic and urban development problems that a number of the lower income countries will continue to face in the short to medium term, potentially with a large circular effect on development and gender equity.

In countries with high maternal mortality, low economic development, and severe gender inequality, it will take more than providing safe and secure transport through the removal of constraints on the mobility patterns of women.  In these cases, it has been suggested that bringing services closer to women to deal with time and mobility through mobile and legal clinics could help bridge that gap. In some higher income countries where women do have access and can use transport, a new phenomenon is that women-only transport initiatives are now implemented as an option to safe public transit.

These solutions are likely only short-term, however. The WDR 2012 and the World Bank transport surveys critically illustrate that more sustainable solutions will entail fostering both social and physical mobility and the need to recognize differences in women’s and men’s travel needs. Fundamentally, improving women’s economic and social empowerment will likely go beyond having infrastructure in place or having a car in the household. As the WDR points out, this will require freeing women’s agency within their own household. In the meantime, raising awareness on gender issues may be yet our biggest accomplishment.