Pensioners Paying for Projects: A new meaning for PPP in Latin America? 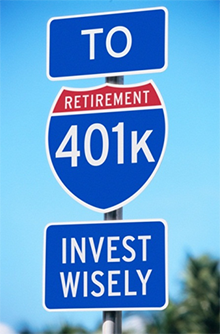 Public-Private Partnership (PPP) projects in infrastructure have traditionally been financed by banks. However, interest in new funding sources is increasing as long-term money from banks has become more difficult and expensive to get, while the assets held by pension funds and other institutional investors have continued to soar. In a context of low bond yields, pension funds are looking for attractive long-term investment opportunities to diversify their holdings and meet their long-term payment obligations. Realizing an opportunity to match supply and demand, governments and investors in the developed and developing world have turned their attention to Project Bonds, debt instruments issued by PPP project companies in the capital markets as a way to fund infrastructure investments.

These “Project Bonds” mostly target institutional investors - including pension funds, and have generated a great deal of interest among investment bankers, lawyers and investors. All this hype raises a number of questions: Are these “Project Bonds” really living up to expectations? Can governments really rely on Pensioners Paying for Projects (a newfound meaning for PPPs!)? What do we need to do to turn these instruments into a significant source of financing and close the infrastructure investment gap?

Although selling infrastructure project bonds to pensioners is not a new idea, it has not really taken off, except in a few markets such as Canada. There have been multiple transport project bond issuances in Latin America, but most of the bonds issued to date have gone to refinance existing debt and to fund expansions of existing PPP projects that already generate stable cash flows (“brownfield projects”); or have been backed entirely by government payments without any exposure to project risk, representing pricier public bonds in disguise. Examples include: However, bonds to finance new construction (“greenfield projects”) remain elusive, mostly because the risks associated with construction make them fairly unattractive to pension funds and other non-specialized institutional investors: Nevertheless, these challenges do not mean that designing and placing bonds to fund greenfield projects is necessarily off limits, as suggested by recent transactions that used innovative financial support instruments to reduce the risks for institutional investors known as credit enhancement mechanisms: Aware of the opportunities, but also of the need to address important challenges, Latin American governments are working on measures to facilitate institutional investments in infrastructure via the bond market, including credit enhancement: Tapping the capital markets for PPP financing in Latin America and other developing countries will not only necessitate credit enhancement, but also require governments to give PPP yet another meaning: Preparing a Project Pipeline. Institutional investors will not turn into a significant source of capital for new infrastructure development unless an asset class can be developed in the form of a critical mass of well-structured projects, built upon standardized contracts that mitigate risks, recognize the specific concerns of pension fund managers and offer an adequate balance between risk and return. This last meaning of PPP is where the greatest challenge lies.
Topics
Infrastructure & Public-Private Partnerships
Financial Inclusion
Financial Sector
Transport
Countries
Brazil
Colombia
Peru
Uruguay
Regions
Latin America & Caribbean