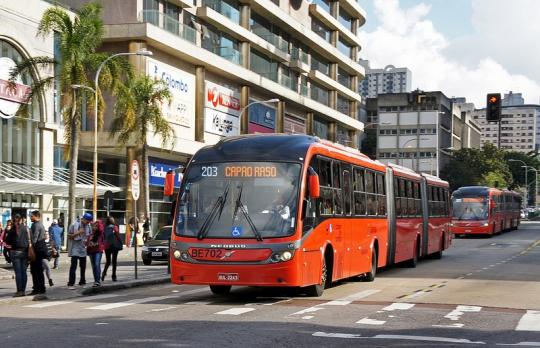 The challenge of traffic safety often flies under the radar in cities, where the social and economic challenges of accommodating growing populations take precedent. Without meaningful change, however, the World Health Organization (WHO) projects that traffic crashes could become the fifth leading cause of premature death worldwide by 2030. This takes a particular toll on cities, which are already home nearly half of global traffic fatalities. City leaders must prioritize traffic safety measures to ensure that their citizens have safe, healthy and economically prosperous cities to call home.

While there are a number of factors that contribute to traffic crashes, two of the primary challenges are rising motorization trends in cities worldwide and the issue of road equity: the most vulnerable road users, including pedestrians and cyclists, are most impacted by traffic crashes. On top of that, these users, typically lower-income, don’t always have the power or capacity to create the necessary changes.

The number of privately owned cars on the road hit the one billion mark for the first time in 2010. If we continue business-as-usual, that number will reach an estimated 2.5 billion cars by 2050. All of these new cars will lead to an increase in traffic congestion in cities worldwide, increasing the probability of traffic crashes and resulting fatalities.

Despite these challenges, there is still time to adopt a different path for traffic safety by following the Avoid-Shift-Improve framework. We can avoid unnecessary trips to prevent traffic crashes and instead create compact, walkable communities with access to mass transport. We can shift trips out of cars and into high quality transit systems and active transport modes. And lastly, we can improve transport and urban design to maximize the safety of all trips by investing in people-oriented design strategies and sustainable transport infrastructure.

One of the best ways cities can become safer for all is through sustainable transport systems like bus rapid transit (BRT), which now serves 31 million people in more than 180 cities every day. BRT can make mobility safer by providing accessible and efficient infrastructure for moving people, not cars. For example, in Guadalajara, Mexico, just one lane of the Macrobús BRT corridor traveling in one direction transports 5,000 passengers per hour. Normal traffic lanes in Guadalajara can accommodate only 3,194 passengers per hour and saw 726 crashes in 2011. Macrobús saw only six accidents in the same year.

The growth in BRT and bus priority systems worldwide presents an opportunity to save lives and improve the health and safety of cities. A new report from the WRI Ross Center for Sustainable Cities’ EMBARQ initiative and endorsed by the World Bank, Traffic Safety on Bus Priority Systems, shows that high quality public transport systems can improve traffic safety, reducing injuries and fatalities by as much 50 percent, seen in cities like Guadalajara and Ahmedabad. The report contains evidence-based planning and design recommendations that help cities make streets safer for all road users. Distributed and pilot-tested in major cities like Rio de Janeiro, Mexico City, and Istanbul over two years, these recommendations address design strategies to make bus priority systems safer at intersections, transfer stations, pedestrian crossings, and more.

The benefits of safe, well-designed BRT and bus priority systems are multi-faceted. Not only can these systems improve traffic safety, but they can also improve the health of city residents by reducing air pollution and increasing rates of physical activity, which has been shown to greatly improve longevity and quality of life.

Creating safer, well-designed bus corridors can prevent pedestrian fatalities, more than half of which occur on bus corridors with limited pedestrian protections in place. Additionally, the typical Latin American BRT system has been shown to provide numerous economic benefits to cities, of which safety impacts account for between 10 and 16 percent through a reduced burden on the healthcare system.

With steadily growing daily ridership, BRT and bus priority systems provide a prime opportunity for improving the safety and sustainability of city street and transport design. The findings and recommendations included in this report will help transportation planners, engineers, and urban designers develop the best solutions for their cities’ specific challenges and create safer, more accessible cities for all. Most importantly, they help city leaders around the world properly integrate traffic safety into transport policy, finance, planning, and design.