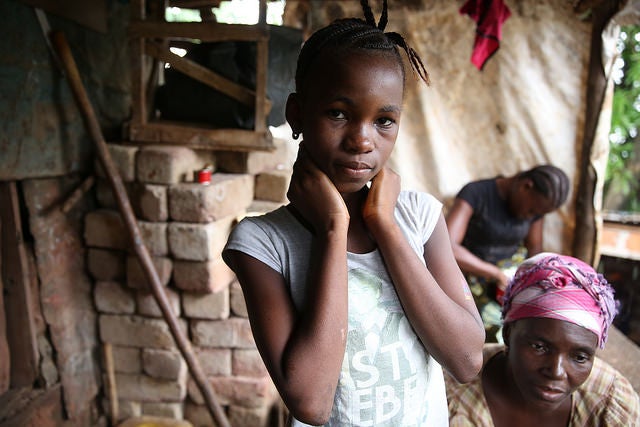 By 2030, almost 60 percent of 8.3 billion people will live in cities, according to UN estimates.

Almost 1400 of the world’s cities will have half a million or more inhabitants.

Cities can connect people with opportunities, incubate innovation and foster growth, but they require urban planning, infrastructure, transport and housing.

Providing people with access to decent and affordable housing is one of the targets under the Sustainable Development Goals. Goal 11 focuses on making cities sustainable.

When families invest in a good home, their living conditions improve and they take a stake in their community. A house also becomes an asset for their old age and for their children’s future.

However, population growth and urbanization, especially in Africa and Asia, are putting pressure on housing delivery systems, which are often informal or rely on the state. By 2030 Africa will have more than 50 percent of its population living in cities.

While developing countries have made great progress in improving the framework for housing and housing finance, a significant gap remains to access to affordable housing. In many IDA countries, there’s a need to develop mortgage solutions, including for lower-income households who often work in the informal sector.

Three billion people will need new housing by 2030. Can we achieve this goal? Here are three reasons why we can.

Building a new decent home with durable materials and necessary utility connections and services costs about US$25,000, which translates into US$525 billion per year.

A more concrete way to understand the scale of this investment is in terms of the GDP.

Global GDP was just over US$73 trillion in 2015, according to the IMF. This means that the world, as a whole, would need to invest annually around 0.7% of the GDP for house construction to meet the housing goal.

2. Falling poverty and rising incomes make housing more affordable
Poverty levels are a quarter of what they were in 1990 and account for 9.6% of the global population living below the poverty line.

Today, a household income of $10 a day could translate into a possible loan of as much as $15,000 (assuming 2 earners, 15 year loan at 5% with 40% of income used to service loan), which is certainly sufficient to construct a decent house. Where fiscal capacity allows, this could be supplemented with land allocations or targeted smart subsidies for the neediest, combined with solid financial inclusion programs.

3. India has set a 2022 Housing for All goal
India faces one of the toughest housing challenges, but is taking an uncompromising ambitious approach. The country set its own goal of achieving Housing for All by 2022.

The India Low Income Housing Finance project is challenging lenders to innovate.  The World Bank Group is working with the government and the National Housing Bank to extend access to loans to people working in the informal sector, or those who don’t possess a formal property title but still have some form of property rights which can be used as collateral. Lenders are using new technology to better serve borrowers and developers are looking at new construction models to bring down costs. But ultimately, it’s the prospect of being able to serve a huge untapped market that is driving the private sector to innovate.

What works in India has tremendous potential to be effective in Bangladesh, Indonesia, Philippines and many countries in Africa where reconciling informal incomes with formal lending is still a struggle.

If the goal is possible, the question is how?

Having an efficient and inclusive financial system, a stable macro economy, access to long-term funding and strong land rights are all prerequisites to creating proper conditions for housing finance.

While the global housing needs may be daunting, the #Housing4All goal is reachable if we work together and innovate. The above article is a Statistical paradise, easily conjured up but very difficult to achieve. Yet housing is a necessity and it should be achieved for every family, irrespective who, where and how. The assumptions made about cities are based on the present trend and not the future possibilities. The estimate of US $25,000 for a decent home in cities(present cities) is very fallacious. As cities grow, land prices increase by leaps & bounds. First you need to fix the area for a decent home taking into consideration other social requirements of a groups. Assuming a family of 5 need at the least a 500 sq.feet of space, the land prices in a outer areas of Cities could cost 3 times more. Apart from finance, first you need to provide a regular job to at least one member of the family. People flock to cities primarily for this reason. The 9 or 10 or 15% unemployment which statistics display does not take into account the type of employment. More than 50% of employment is unstable, temporary. It is like the 100 days in a year employment guarantee for each family which the Government of India provides in rural areas. With such income background, obtaining finance for building a house may well be imagined unless Governments backed by rich nations could get free finances. Yes, it is possible to achieve the target if construction is taken up away from the cities, say at a distance of 100 or more kilometers from the city where land prices could be less. For this purpose, you need to achieve mobility i.e., transport systems which can transport people from such distances at least within the hour without any of the present day bottlenecks & gridlocks. Therefore, the basic requirements of housing for all is a permanent job and speed of mobility. Provide this and housing will come about by itself automatically.

The article is quite a thought provoker. Whereas its true that government needs to work hand in hand with private sector developers for provision of low cost housing, my take's thatits the ROLE of any responsible government to provide for the same. This can only work if government buys huge tracks of land,say in the environs of the cities and allocates it to putting up low-cost housing whether by itself,using smart subsidies and using a Public Private Partnership model to attract the private sector. Because lets face it,the price of land is one of the biggest inhibitors to housing construction taking a huge 45-55% of the construction costs.