A World Without Safety Nets 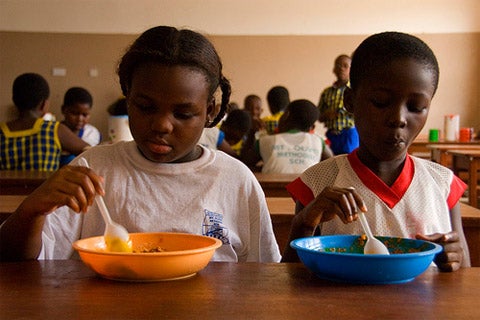 Recent events have reminded politicians how fragile the livelihoods of many people on this planet are. With each new crisis – the drastic rise in the price of food and fuel in 2008 and again in 2011; the financial implosion and global economic contraction of 2009; the Haitian earthquake and Pakistan’s floods in 2010; and drought in the Horn of Africa that began in 2011 – the demands for policymakers to respond to shocks come fast and furious.

Like never before, they rushed to respond – to offer  subsidies for food, keep crops in their home countries, support companies to avoid lay-offs, or scale up social transfers – a mixed of good and bad things. Why were they so concerned?

Many of the reasons for their response may be short-term, but there was also growing awareness of how long-term, irreparable and damaging the impact of the crisis could be.

The fear of increased poverty was one motivation. Poverty increased in some countries – as much as 4–6% in Guatemala, Egypt, Cambodia, Latvia, Turkey, and Kyrgyz Republic in 2009-10 compared to pre-crisis levels. And the pace of poverty reduction slowed in many more countries – with poverty declining by less than it would have in the absence of the crises. For example, in Eastern Europe and Central Asia the poverty rate did not increase in 2009 relative to 2008, but the loss in terms of the potential for poverty reduction in the region was significant: close to 11 million people who would otherwise probably have escaped extreme or moderate poverty were unable to do so because of the crisis.

But the increase in poverty, however dramatic it was, was not the major impact of the crisis.

Let’s take the not-so-recent example of the East Asia crisis. Indonesia was one of the countries most affected. The 1997-98 financial crisis increased infant mortality risks by 3.2%; anemia rose from 52% to 70% in just 1.5 years. The largest declines were for cohorts born or conceived during the crisis, who never recovered from the shocks, remaining by a few centimeters shorter, less educated, more prone to disease.  These are visible scars that this generation will bear forever.

Another example of climatic shock consequence is a well-studied (by Harold Alderman and others) drought in Zimbabwe, not the poorest African country that suffered a drought in early 2000s. Children who were below 2 years old at the time of the drought had significantly lower height during adolescence, delayed school enrollment, and reduced grade completion equivalent to a 7% loss in lifetime earnings.

Irreversible losses to children’s development during crisis can undermine their future prospects in life, and previous crises have left never-healing scars. In the most recent string of crises, effects were dramatic in some countries – studies from Bangladesh, Cambodia and Mauritania show increases in the order of 50% in levels of acute malnutrition of poor children younger than five.

The impact of higher food prices or loss of income is so large because the main coping strategy for households is to reduce food quality (dietary diversity). This may not lead to visible immediate consequences, but can trigger long-term effects, yet to surface, such as micronutrient deficiency, leading to increase in stunting in the future.

The effect of crisis on unprotected families is also severe for education, especially where it is most needed, in the poorest parts of the world. The World Bank’s Global Monitoring Report 2010 reports global estimates on how crisis affects girls and boys differently. Life expectancy of girls and boys increased by two years during good times, but decreased by seven years for girls and six years for boys during bad times.

Adverse impacts on human capital are found even in countries that are less poor, and affect not only children but also adults, especially their health. In Armenia, for example, households most affected by the financial crisis were 15% more likely to reduce visits to doctors, and they spent 14% less on medicine than a group less affected by the crisis.

Delayed health care often means diseases that are not treated become chronic. And this means a higher burden for affected families in the future. That is the poverty trap of the 21st century.

In some countries, the presence of safety nets during the recent crisis was a countervailing factor that prevented the damage from spreading. Countries that were successful in this strategy provided predictable assistance to affected families that helped them avoid bad coping strategies and protect investment in their children and health.

My colleague Arup Banerji will discuss the importance of having effective safety nets in place before crisis hits—a critical part of the Bank’s new Social Protection and Labor Strategy—in tomorrow’s post. Quote from Universal Declaration of Human Rights 1948. Article 25 states “Everyone has the right to a standard of living adequate for the health and well-being of himself and of his family, including food, clothing, housing and medical care and necessary social services, and the right to security in the event of unemployment, sickness, disability, widowhood, old age or other lack of livelihood…”