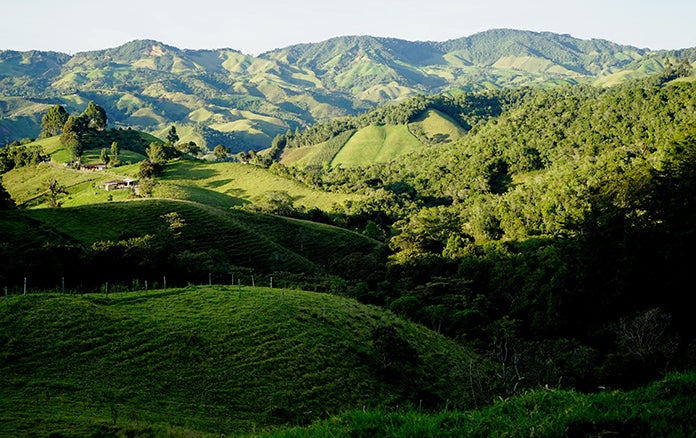 Over the past several weeks, we have made headway in our efforts to reduce deforestation and promote sustainable land use as part of a broader World Bank Group approach to combat climate change. Partnering with the Forest Carbon Partnership Facility (FCPF), the Democratic Republic of Congo has taken a major step by assessing its readiness for a large-scale initiative in which developing forested countries keep their forests standing and developed countries pay for the carbon that is not released into the atmosphere. Likewise, other countries in the 47-country FCPF partnership are making strides in their efforts to prepare for programs that mitigate greenhouse gas emission and support sustainable forest landscapes.

This approach is also known as REDD+, or reducing emissions from deforestation and forest degradation. Active REDD+ programs can help reduce the 20 percent of carbon emissions that come from forest loss and simultaneously provide support to the 60 million people, including indigenous communities, who are wholly dependent on forests.

Through REDD+, not only do developed countries benefit from the opportunity to mitigate climate change, but forested developing countries reap the rewards for their community and ecosystem from standing trees. Working with the FCPF, the World Bank, and other delivery partners, countries at various stages are developing the building blocks for large-scale programs that address the drivers of deforestation – like unsustainable agricultural practices and commodity supply chains.

The Democratic Republic of Congo became the first country to present its Readiness Package – a self-assessment of a country’s REDD+ efforts to fight deforestation. At a meeting in May that included more than 100 representatives from forest countries, Indigenous Peoples’ organizations, non-governmental organizations and the private sector, the DRC’s Readiness Package was endorsed by the FCPF Participants Committee.

In addition, three other countries – Republic of Congo, Mexico and Vietnam – presented their mid-term progress on their initial readiness preparation grant from the FCPF and were granted an additional $5 million to continue to advance their strategies to implement REDD+. Their programs seek to reduce deforestation and carbon emissions in different ways. In Republic of Congo, the government is working with the industrial logging and cocoa sectors to reduce pressure on the forest frontier while Mexico is building a community-based landscape approach to transform forest management. In Vietnam, the program will focus on harnessing the value of forest ecosystem services and balancing land use incentives.

While some countries are building readiness to implement REDD+ programs, others are looking to join the FCPF Carbon Fund to establish large-scale REDD+ programs that in the future will generate results-based payments.

In April in Paris at the 12th meeting of the Carbon Fund, nine additional countries presented ideas to develop large-scale carbon programs and to join the Carbon Fund pipeline, which already has programs in 11 countries. These nine countries – Argentina, Cameroon, Cote d’Ivoire, Dominican Republic, Fiji, Guyana, Lao PDR, Mozambique, Nicaragua – along with Madagascar, which presented at a prior meeting, are invited to further develop their ideas for consideration at the next Carbon Fund meeting in October.

With six months to go before international climate negotiations in Paris, progress seen on fighting deforestation illustrates the power and the potential of REDD+ to combat climate change and promote shared prosperity inside and outside the forest canopy. Thanks so much for the article post.Much thanks again. Cool.

Apart from the formation of Carbon,Forests plays a large role in the formation of Rain,which is also one of the important factor which cannot be forgotten out when discussing about these large forests.

This is very good step we also need to take more steps to avoid carbon emission and other deadlist gases which are causing global warming n climate change ,we need to stop deforestation these trees give us rain.

This is a great idea at keeping the carbon sinks (forests) standing and reducing the impacts of climate change, globally.