Data and Feedback for Development 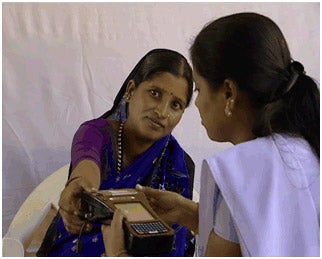 Read this post in Arabic, Chinese, French, and Spanish.

Even a cursory glance at the Internet would tell you there is a lot going on in the Bank on Open Development. Add in cutting edge approaches using SMS messaging by Think Tanks, CSOs and Foundations and you quickly see that mapping for results, crowd-sourcing, beneficiary feedback, and Open Data hold out enormous promise of leveraging technology for more effective development - as the technology grows and cheapens, we've all only begun to scratch the surface of its full potential.

Last week in Ireland at a speech at the Institute for International and European Affairs, I tried to capture some of the excitement of that work (link to speech) and how it reflects a changing economic balance of power both among states and within them: if 2/3rd of global growth is coming from developing countries maybe 2/3 of ideas are too. Knowledge, combined with technology, can now make that ideas-generation possible across borders, continents and social strata. It isn't hard to imagine a future of "beneficiary implementation support" where beneficiaries are full partners in supervision reports and evaluation, prompting mid-course corrections and feedback loops that integrate learning into program design and implementation.

If we believe this kind of beneficiary input matters for development effectiveness, shouldn't we be looking to scale it up - or be offering a menu of approaches - not just in a project here and there but across our maternal health portfolio? And the same might be said for service delivery more broadly.

But even as we scale up, we also need to do a lot more on data generation, building on the good work we have done through STATCAP, the Accelerated Data Program, and the Statistics for Results Trust Fund Facility. Yes releasing the data matters, yes crowd-sourcing development solutions matters, yes building in social accountability matters. But are we still too often making critical policy judgements on the basis of too little information? I'm not arguing that it's either/or. It can and should be all these, and all can help reinforce each other.

For the stark reality is that though data collection around the world has improved, we still know much too little to be comfortable that policy is being informed by the facts on the ground.   In 2003, only four countries had two data points for 16 or more of the 22 principal indicators for the Millennium Development Goals. By 2009, this had improved to 118 countries.

Data remains a matter of life and death. In 2009, the births of 50 million children went unrecorded. They entered the world with no proof of age, citizenship or parentage. That same year 40 million people died unnoted except by family or friends.

In South Asia, only one percent of the population is covered by complete vital registration records, and in Sub-Saharan Africa, only two percent. Lacking effective registration systems, countries must rely on infrequent and expensive surveys to estimate the vital statistics needed to support the core functions of government and to plan for the future. Many prefer to go without.

So shouldn't the Bank make this a central part of its global public goods agenda? Just as beneficiary feedback can be a key part of our local goods agenda? And doesn't that logically mean that global and country programs should be focused in this area? Without it aren't we too often condemned to navigate development in the dark? Welcome your views. Thanks for this reflective blog. It is amazing and so easy to forget for us in countries where data collection and statistical analysis of population and other data is the norm that so many people in other countries are 'not counted'. But I can't but help to imagine that data collection brings with it hazards if the governments using it are not 'trained' in using it responsibly (amongst other things using it to manipulate or justify policy positions that discriminate againt the poor or minority groups).

This aside, an efficient solution for data collection, management and analysis may be countries with existing infrastructure and knowhow covering other countries for certain deficient data 'packages'. As an example, Australia could extend its coverage of population health data to another country without the capacity to do it themselves. This could be treated as 'aid in kind' but also means the recipient would not need the investment in upfront costs, including time to work out a new methodology. Over time, capacity building would see the recipient take over the operation.

It is refreshing to read such an enthusiastic support for more data generation, which remains indeed deficient in several regards. Over the past three decades, in the Living Standards Measurement Study (1), we have made it our mission to work towards the improvement of the quality and policy relevance of household survey data, the backbone of much of the poverty and policy analysis work at the Bank. And we have done so by providing countries with much needed technical assistance and, on the research side, by working on improving methods in data collection.
The situation in terms of data availability has improved considerably; however, the glass is probably still three quarters empty! Particularly in Sub-Saharan Africa, enormous gaps remain both in terms of data availability and quality. As already mention in a recent blog post (2), while 43 out of 49 Sub-Saharan African countries have now conducted at least one household survey, for half of those the latest survey was carried out more than six years ago. And even when multiple data points exist for a country, issues of comparability hamper their use to monitor progress over time.
I could not agree more that the Bank should make it a central part of its public goods agenda and probably few would object to that. The real question is how to best move the agenda forward. The solution is making countries full partners, with clearly defined responsibilities for supporting such endeavors both technically and financially. At the country level, this means having individual Ministries of Finance fully invested in this global endeavor. At the Global level, as you also point out, it means having institutions like the Bank putting “their money where their mouth is” and investing more human and technical resources in data generation and use. Several development partners have been instrumental in maintaining the momentum but it is time for others to “step up to the plate” and push the data agenda in a coordinated fashion. Nice to feel the breeze of change, but it must keep blowing with substance and resources if we really want to see enduring improvements in data.