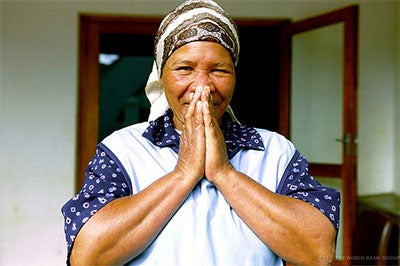 In September 2013, four elderly sisters in Botswana were finally and definitively allowed to remain in the ancestral home where they had spent most of their lives — the result of their own tenacity and determination that a young nephew could not step in and take ownership of a property they had lovingly maintained.

This landmark decision by the highest court in Botswana, the Court of Appeal, followed five years of efforts by women’s networks and legal associations who helped the sisters bring their claim. The judges decided that customary laws favoring the rights of the youngest male heir were simply out of date.

“The Constitutional values of equality before the law and the increased leveling of the power structures with more and more women heading households and participating with men as equals in the public sphere and increasingly in the private sphere demonstrate that there is no rational and justifiable basis for sticking to the narrow norms of days gone by when such norms go against current value systems,” wrote Justice Lesetedi of the Botswana Court of Appeal.

The reform of discriminatory laws can lead to transformative change.

Two decades ago, also in Botswana, Unity Dow successfully challenged citizenship laws that prevented her from passing on citizenship to her non-national husband and her children. The government not only endorsed the court’s decision by reforming citizenship laws, but changed family laws that gave financial control over joint property to the husband and even changed the Constitution itself.

The opportunities and the pathways for reform are important to understand from a policy perspective and can be complex in systems where statutory and customary laws and courts exist side by side.

We trace the process of reform from the milestone case of Unity Dow to the present day Mmusi case in our new paper, “Women’s Movements, Plural Legal Systems, and the Botswana Constitution: How Reform Happens.” We also explore how this can apply in other contexts.

The reforms in Botswana are consistent with global trends: A 2013 study found that more than 50% of legal constraints affecting women’s economic empowerment that were in force in 1960 have now been reformed.

But it’s not over yet. Some 90% of the 143 countries covered by the World Bank Group’s Women, Business, and the Law report still have one discriminatory law on the books, and almost one-fifth have more than 10 discriminatory laws.

So what can we learn from the perseverance of these four sisters and their road to groundbreaking legal victory?