Eradicating household air pollution will pay for itself 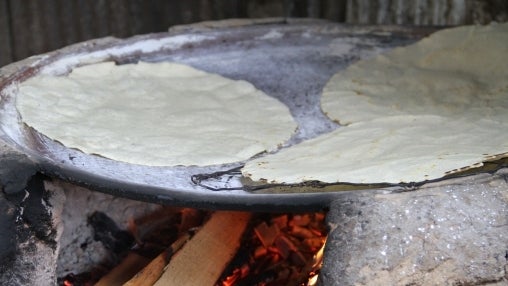 Globally 2.9 million people died from household air pollution in 2015, caused by cooking over foul, smoky fires from solid fuels such as wood, charcoal, coal, animal dung, and agricultural crop residues. Well over 99% of these deaths were in developing countries, making household air pollution one of their leading health risk factors.

Many women across the world spend their days and evenings cooking with these fuels. They know the fumes are sickening, which is why some cook in a separate outhouse or send the children to play while they cook. Sadly, these small actions cannot fully protect the young. As for the women themselves, they suffer incredible morbidity and mortality from household air pollution.

About 2.9 billion people rely on solid fuels for cooking globally - of which over 99% reside in developing countries – and are exposed to air pollution that often is 10-30 times the air quality guideline of the World Health Organization.  The majority of these people live in Asia and Africa.

In the Americas, three-quarters of the low- and middle-income countries have largely made the transition to cleaner cooking fuels - such as gas (e.g., LPG) or electricity – with less than 15% of their populations relying on solid fuels.  But over 50% continue to rely on solid fuels in Guatemala, Haiti, Honduras, and Nicaragua, with a cost of health effects of household air pollution equivalent to 2.3-4.5% of GDP in 2015 (Chart 1a).  Health effects of household air pollution are also substantial in countries in which 14-35% of the population use solid fuels – such as Bolivia, Colombia, Mexico, and Peru - with the cost of these health effects ranging from 0.7% to 1.8% of GDP (Chart 1b).

Studies in Lao PDR, Sundarbans of India, Sundarbans of Bangladesh, and the Sindh province of Pakistan find similar health effects and high costs, and as high as 5% of GDP in Lao PDR in 2015 where 95% of the population cook with solid fuels.

Chart 1a. Solid fuel use, deaths, and cost of health effects of household air pollution in the Americas

Chart 1b. Solid fuel use, deaths, and cost of health effects of household air pollution in the Americas

i)        the introduction of improved biomass cook stoves that contain enclosed chimneys to vent fumes directly outside from the burning of solid fuels; and

Benefits of both interventions outweigh the costs as shown by benefit-cost ratios exceeding one (Table 1).  Previous studies by the World Bank in Colombia, Hidalgo in Mexico, and Peru show similar results.  Roughly 40–70 percent of the benefits come from improved health. Fuelwood savings and time savings also contribute equally to the benefits. The cost of switching to LPG stoves is higher than for improved cookstoves because of the cost of LPG fuel. However, the health benefits of switching to LPG are significantly higher than for improved cookstoves. In other words, improved cookstoves may be the most efficient solution as reflected by the high benefit-cost ratios, but not the most effective solution.  This implies that in order to reduce household air pollution to desired levels, eventually there will need to be a switch from solid fuels to LPG or electricity.

Stove intervention programs with a community focus can bring additional health benefits. The use of solid cooking fuels by one household affects surrounding households.  Smoke is vented out of one household and can enter others’ dwellings and also pollutes the ambient outdoor air in the community.  This means that community-focused stove promotion programs can generate more health benefits than household-level programs. Community-focused programs can aim to achieve “unimproved stove free” and eventually “solid fuel free” communities.

Household air pollution is a tractable problem that in principle can easily be solved: it can be wiped out one village at a time, using relatively small investments—for the one-time price of a new stove and chimney, or clean fuels such as LPG, women, men and children will live who otherwise might have died. But household adoption rates of improved cookstoves and LPG have been slow.  Users must appreciate the health and other benefits that these stoves can provide.  Financial barriers must be overcome – through for instance installment financing.  Stove designs and characteristics must be attractive and user-friendly.  Stoves must be properly operated, maintained, repaired and eventually replaced in a timely fashion.  And stoves must have multiple burners to avoid households continuing to rely on their old stoves. Transformation in the use pattern of fuels in the rural and semi-urban areas depend on the availability of the alternative mode of fuel like LPG. The UDAAN scheme of the Government of India under which LPG cylinders have been delivered to the below poverty line women has not only improved their health, it has also given self-respect and identity to the women and to use their time for undertaking other economic activities (livelihood activities) leading to increase in their income.

Check the study done for the Global Alliance for Clean Cookstoves which has a list of barriers (from the consumer standpoint) and intervention options to introduce improved cookstoves and LPG in Guatemala: http://cleancookstoves.org/about/news/03-10-2016-study-shows-challenges…
Interestingly enough, fuel savings are not the key motivator for uptake of cleaner technologies despite the financial benefits.

Several million Chinese-made parabolic solar cookers are allowing rural families in the arid western regions of that country to cook food and heat water with direct solar thermal energy during the day. The use of solar cookers allows these families to significantly reduce their use of biomass, dung, coal and LPG for cooking--saving money and/or time spent collecting fuel, and also reducing the production of black carbon and greenhouse gasses. Thermos bottles are used to keep solar boiled water hot for use at night and for breakfast tea. Insulated retained heat baskets keep food that is solar cooked in the afternoon, hot for consumption in the evening. Hundreds of thousands of parabolic solar cookers (and retained heat devices) are used in India for the same purpose. Why are these inexpensive zero emission technologies ignored by the World Bank? Why are you promoting dependence on a fossil fuel that will increase in price in the coming decades (as populations increase and supplies decrease) and which is contributing to an increase in greenhouse gasses?

Thanks for the report, its very informative. In Kenya certain communities have burnt down all trees for charcoal and now they depend on any available shrubs as source of fuel, which emit very bad choking smell causing women and children more health problems. Carbonized briquettes is the best alternative, as it provides a business opportunity to the charcoal burners and also reduces in door air pollution.