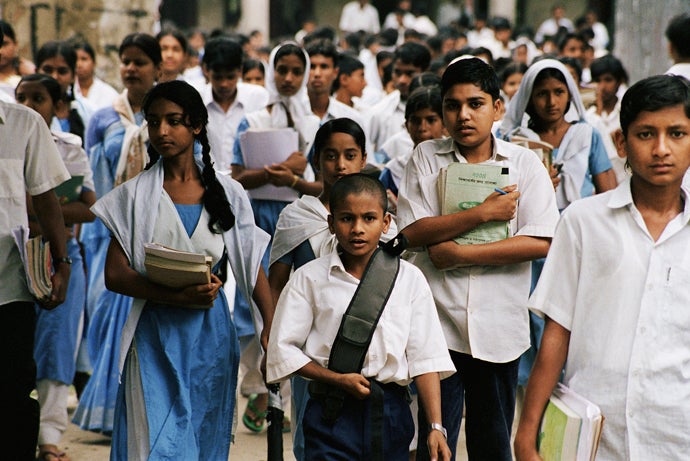 Despite this ambition, we may not know who precisely is being left out of our development programs or how to more effectively target our intended beneficiaries.

A staggering 2.4 billion people today lack any form of recognized identity (ID), including some 625 million children, aged 0-14 years, whose births have never been registered with a civil authority. Only 19 out of 198 economies provide a unique ID at birth and use this consistently in civil identification and public services.

The Center for Global Development recently organized an event titled "Identity and the SDGs: How Finding the Missing Millions Can Help Achieve Development Goals". While intending to speak about SDG target 16.9 on legal identity for all, including birth registration, by 2030, it became obvious that the importance of robust identification goes beyond its intrinsic value: it also enables the achievement of many other SDGs, such as financial inclusion, reduced corruption, gender equality, access to health services and appropriate social protection schemes.

Global initiatives, such as the World Bank Group's Identification for Development (ID4D) agenda, a cross-institutional and multi-sectoral effort, aim to "make everyone count." They will build new alliances and reshape existing development strategies in the areas of identification and civil registration and vital statistics (CRVS). On the latter, the World Bank, with a number of partners - including UNICEF, the World Health Organization (WHO) and the Economic and Social Commission for Asia and the Pacific, and several bilateral donors — is launching the Global Financing Facility for Every Woman Every Child, which includes financing aimed at strengthening and expanding ID platforms of CRVS systems.

More and stronger coalitions like these are needed to ensure that the world reaches the sustainable development goals in general, and the SDG target 16.9 in particular. While political will to achieve results on the ground is central, other critical elements will be important as well.

Better coordination at the country, sub-regional, regional and global levels is of eminent importance. This includes optimization of financial resources. Global development community supports at least half of the identity-related programs in developing countries and this assistance needs to be better coordinated.

Similarly important is support for civil society organizations, who play a critical role in ensuring that no one, and especially not the most vulnerable and hardest to reach, are left behind. This is particularly critical now that cross-border migration of refugees and vulnerable groups is increasing worldwide and mounting numbers of undocumented people require documentation and a legal identity.

Finally, the international community should establish the right monitoring mechanisms and indicators to measure whether we are on track to achieving the SDGs. This target for universal identity will be especially critical as a means of monitoring and achieving the SDGs as a whole. As the saying goes, what is not counted doesn't count and what is not measured cannot be managed and thus measuring progress towards global targets is a fundamental component of meeting the ambitious goals we have set.