Did you know that about 3.7 million people worldwide died in 2012 from diseases related to ambient air pollution? That is nearly the population of the city of Los Angeles expiring every year from preventable causes.

When you combine death-by-smog with deaths related to exposure to dirty indoor air, contaminated land and unsafe water, the grand total of deaths from all pollution sources climbs to almost 9 million deaths each year worldwide. That’s more than 1 in 7 deaths and makes pollution deadlier than malnutrition. 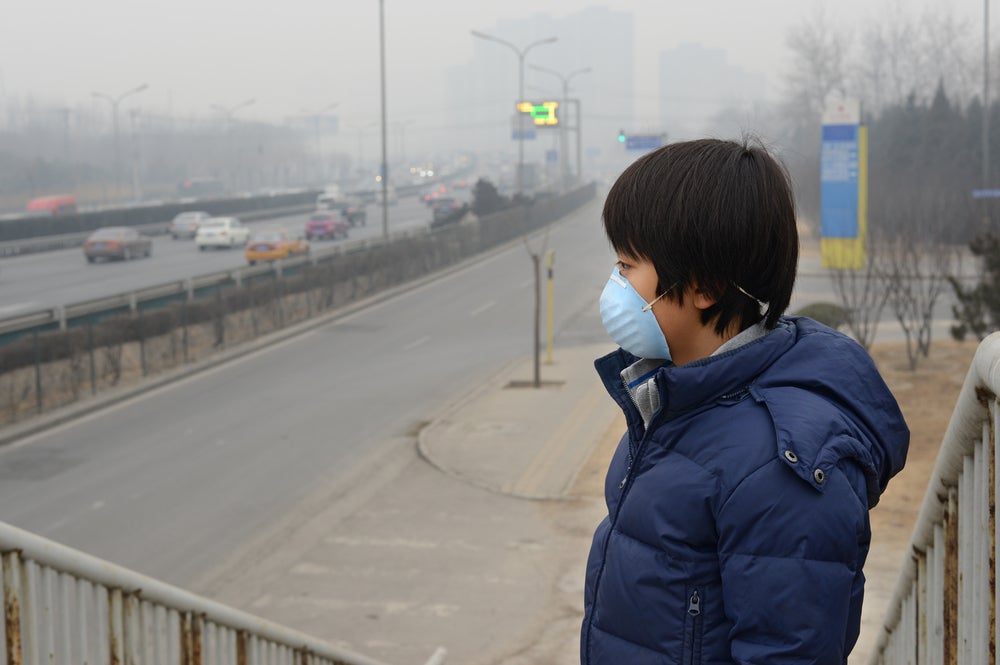 This fact deserves to be better known, as there are ready solutions. Inaction is not an option.

Here are five reasons why we must work today to #endpollution in order to lift people out of poverty,  keep them out of poverty, and generate conditions for all to lead long, healthy and productive lives:

1. Although pollution is global, it affects developing countries the most. About 95% of the 9 million deaths mentioned above occur in developing countries.  Exposure to pollution stunts people’s life expectancy, quality of life and economic potential. It is a major hurdle to making progress on our poverty reduction goals.

2. The problem is about to get worse. Air pollution has been worsening on the heels of fast-paced urbanization over the last two decades. The global urban population is expected to double between now and 2050. Africa in particular, will see its urban population triple and will be home to an estimated 20% of the world’s urban citizens.

3. It’s often cheaper to act, than to pay for the costs of pollution. In many developing countries, the economic burden associated with deaths and illnesses related to environmental degradation is equivalent to between 2 and 4% of Gross Domestic Product. Investing in pollution control measures is often cheaper than paying for pollution-related health costs.

4. Action on pollution can deliver results for climate change. From investing in public and non-motorized transport, to cleaning industrial and agricultural processes, or disposing of waste safely, many of the measures that fight pollution also reduce greenhouse gas emissions.

5. Pollution is a solvable problem. Unlike diseases that have no cure, the daunting scale of climate change, or the mass extinction of biodiversity, the pathways to decisively tackle pollution are known and tested. Many of the policies, tools and technology are already in place to address the issue. Countries like Mexico, Chile and Thailand have made great strides in improving the air quality of their capital cities while continuing to grow physically and economically. We have learned from their successes and are working with countries to invest in solutions at scale.

Add your voice to the growing chorus around the world demanding decisive and immediate action on pollution. I think that it is time to modify the economic theories of growth and development. real growth measure should be to exclude pollution assault on the environment and life on the planet. Including human, animal and plant. But what to do? It's companies and monopolies and savage capitalism that control our world today. The goal is clear: profit and profiteering without morals and values of the standards.
many thanks Paula.
Issam jurdi ( journalist & writer )

The developing/poor nations plight is beyond imagination.But still,the developed world keep a blunt face towards the issue, in spite of all the conferences and meetings, which themselves create enough carbon foot print. I think, other than the reports and some good initiatives, the WB itself is not supporting the third world, when funding, and its proper utilization comes in

thank you for the article, is there any way to see any data on air quality in Thailand to get a quantitative idea of the situation?

I echo Issam's sentiments but as much as we're rendered helpless by the amoral perspectives of culpable corporations, we definitely need to push on in whatever way possible. If that extra push is going to reduce the casualties of population by 0.0001%, it'll have been worth it.

AIR POLLUTION is a slow killer. Air pollution is a new killer and is aggravating itself at a faster pace now. Perhaps 10 to 20 years ago, just outdoor air pollution and homes with coal and wood kitchens fire place had its victims. Today it is within modern offices and even more within homes that air pollution is taking its hold on lifes. Indoor air pollution has shown its effects even within the placenta surrounding the yet to be born baby. Infants, children and stay home mothers are the worst off with 24 hours exposure to indoor air pollution. Office workers equally innocently become victims to indoor pollution within offices and complexes with ill maintained and polluted air conditioners and ducting systems. What can we do to minimise effects of indoor air pollution upon us . and that is the crux of issue. Can you answer for yourselves as to how many of the past 24 hours and of the next 24 hours is indoor life?