For forests, a change in attitude in favor of indigenous communities 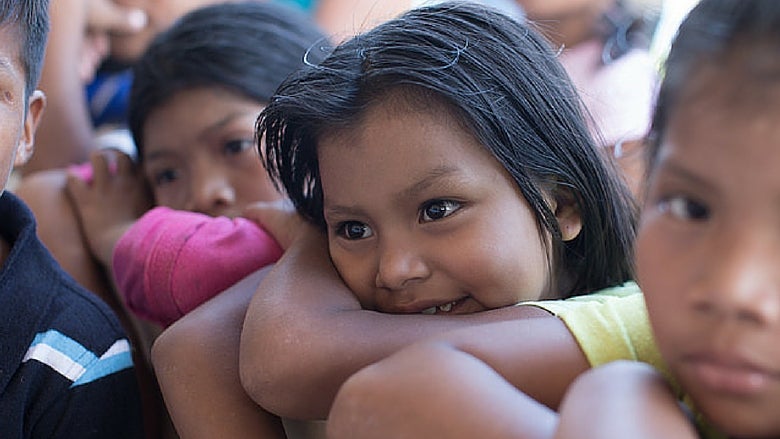 For the indigenous peoples who have always lived in the forests, these areas represent their space for cultural reproduction, food production, and spiritual security. For governments and companies, forests contain major assets for food production, economic development, security, climate change mitigation, carbon sequestration, water, minerals, and gas extraction. Added to these divergent views on forest ownership and use is the proliferation in recent decades of conflicts over territorial control and forest resources. Growing international demand for commodities (minerals, hydrocarbons, soybeans, and other basic agricultural products) has fueled greater economic activity linked to the development of forest resources. However, this progress has come at a price: adverse environmental impacts, the reclassification of spaces, and the dispossession of the rights, interests, territories, and resources of indigenous peoples (ECLAC 2014).

In this context, a question arises: What is contributing to the behavioral change, both at the country and global levels, which leads us to conclude that a reversal in the situation has begun?

Perhaps the main change is that we have moved beyond the debate on the territorial rights of indigenous peoples; this topic is no longer up for discussion. The challenge we now face is implementation. International laws, legal precedents set by regional human rights bodies, and national legal frameworks are increasingly making explicit reference to the rights of indigenous peoples to land and its resources. By way of example, between 2002 and 2013, no fewer than 27 national policy frameworks referring to forests and indigenous peoples were amended.

Convention 169 of the International Labour Organization (ILO) and the United Nations Declaration on the Rights of Indigenous Peoples recognize the right of indigenous peoples to ownership of the land that they have traditionally owned, occupied, or used. Furthermore, the Voluntary Guidelines on the Responsible Tenure of Land, Fisheries, and Forests in the Context of National Food Security, which were endorsed by the Food and Agriculture Organization (FAO) of the United Nations in 2012, call on the various stakeholders to respect the territorial rights of indigenous peoples.

States, indigenous peoples, and partner organizations have platforms that seek to reduce the deforestation rate, ensure their participation in the management of protected areas, and increase recognition of indigenous territories. More than 300 organizations belonging to the International Land Coalition (ILC) recently launched a global call to action (i) aimed at doubling the global area of land recognized as owned or controlled by indigenous peoples and local communities by 2020.

Evidence shows that free, prior, and informed consent (FPIC) is an appropriate tool for defining and regulating forest management contractual arrangements and ensuring an open, ongoing, and equitable relationship among the different stakeholders.

Despite policy and practical developments, conflicts over the control and use of land and natural resources have become commonplace in all regions of the world. A review by the Special Rapporteur of conflicts related to extractive industry projects in indigenous territories during the 2009-2013 period (ECLAC 2014) reveals a number of sources of conflict: Processes related to REDD+ and climate change also contribute to the recognition that the legal security of indigenous lands is a prerequisite for avoiding conflicts, curbing deforestation, and tackling food and climate crises, when all stakeholders participate in the design of these processes, thus guaranteeing territorial rights and strengthening decentralized forest management processes. The Paris Agreement adopted in December 2015 reaffirms the use of forests to achieve goals and recognizes the rights of indigenous peoples and their traditional knowledge in forest management. The implementation of this Agreement offers new opportunities to continue effecting change.

Join the World Bank as it continues the conversation about forests at the 2016 Spring Meetings: Think Forests: Why Investing in Forests is the Next Big Thing
Tune in on April 14 at 2:30 p.m. E.S.T.  #ThinkForests
Topics
Agriculture and Food
Environment
Poverty
Social Development
Urban Development
Regions
East Asia and Pacific
Latin America & Caribbean
Series
Sustainable Communities Items containing Soy Products show up in about each walkway of the market. That is on account of soy doesn't simply mean tofu. Customary soyfoods additionally incorporate soymilk, soynuts and edamame (green soybeans), just to give some examples. Nourishment organizations additionally grow new sustenance items containing soy protein from veggie burgers to strengthened pastas and grains.