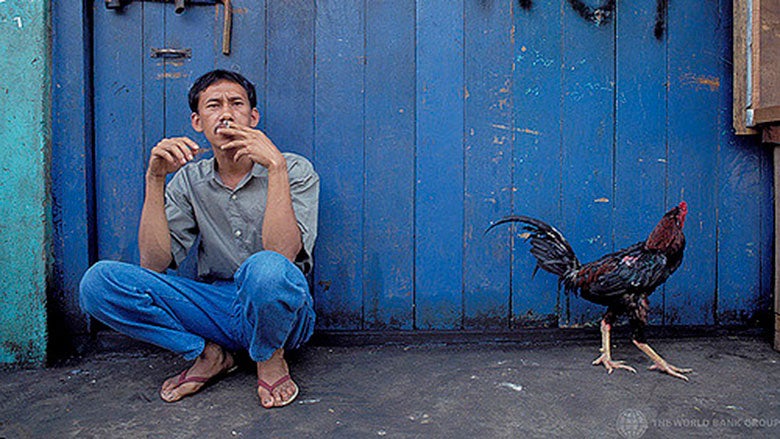 It is safe to argue that the issue of income and wealth inequality is nowadays at the center of political debate across the world. Leading intellectuals such as Thomas Piketty in his seminal work, “Capital in the Twenty-First Century,” and Joseph Stiglitz in “The Price of Inequality” have rigorously analyzed the evolution of this social phenomenon and argued that increased inequality and lack of opportunity are creating divided societies that are endangering the future of nations.

Those working in public health have for years documented and discussed how low and decreasing incomes, decline in standards of living, and lack of or limited access health care and other essential services contribute to inequalities in health, manifested in a widening gap in life expectancy between the rich and the poor.

While the relationship between income and life expectancy is now well established, recent studies on the United States population yield new evidence that helps enhance our understanding of the characteristics of this phenomenon and provide insights for policy action.

A Brookings Institution report, “Later Retirement, Inequality in Old Age, and the Growing Gap in Longevity between Rich and Poor,” has documented how increased earnings inequality over the last three decades, especially among men, has resulted in a concentration of longevity gains among the well-educated and those at the top of the income distribution.

The findings call into question policy proposals that advocate increasing the retirement age in line with increases in average life expectancy, as they may have large unintended distributional consequences (i.e. those in the top income brackets can expect to claim and enjoy for a longer period of time the benefits from Social Security and Medicare programs than those men and women in the bottom of the income distribution that tend to delay their retirement and have more physically demanding occupations or die prematurely).

A study in the Journal of the American Medical Association, “The Association between Income and Life Expectancy in the United States 2001-2014,” also demonstrated that in the United States between 2001 and 2014, higher income was associated with greater longevity. Data from the study provided evidence of relationships between life expectancy and socioeconomic factors such as differences in access to medical care, environmental differences, adverse effects of inequality, and labor market conditions.

A key finding in the study is that most of the variation in life expectancy across geographical areas was observed to be related to differences in health behaviors, including smoking, obesity, and physical activity, and local area characteristics, such as existence of public policies that promote health — smoking bans and higher taxation rates for cigarettes, or greater funding for public services.

It should not surprise us that the above studies demonstrate anew that the way people live is directly related to their consequent risk of illness and premature death. The question for all of us is, what can be done to address the socioeconomic disparities in health and alter the pattern of increasing differential mortality?

For one, effective government policies are needed at the macro level since they affect wealth dynamics in a society. In particular, the enactment of progressive tax reform to mobilize domestic revenues for public investment and other public needs should be a priority policy goal, alongside efficient allocation and utilization of those resources. And, if we accept the fact that besides job loss, economic trauma among individuals and families is caused by ill health, premature mortality, and disability, the mobilization of additional domestic resources should be linked to supporting the progressive realization of universal health coverage (UHC).

Achieving UHC involves implementation of population-based strategies and interventions to deal with health risk factors at the societal level, such as tobacco taxation and bans on smoking in public places; measure to control alcohol and substance abuse; and road safety measures. It also means facilitating access to timely medical care and protecting the population from the impoverishing impact of high out-of-pocket expenditures in case of illness.

Additionally, improvements are needed in the design of public pension plans to prevent inequality among the aged due to changes in retirement patterns and differential rates of mortality, and ensure redistribution of wealth across population groups. The growing concentration of longevity and better health status among those at the top of the wealth and income pyramid in a society should not be our destiny.

Rather, let’s accept, as Stiglitz advises us, that our vision should be of a “society where the gap between the have and the have-nots has been narrowed, where there is a sense of shared destiny, a common commitment to opportunity and fairness … where we take seriously the Universal Declaration of Human Rights, which emphasizes the importance of not only civil rights but of economic rights.”

And, I would add, the vision needs to include health rights for all as well.