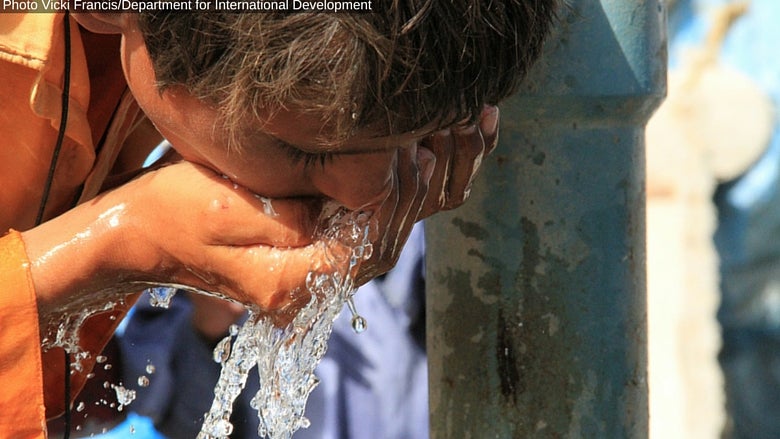 When the water is poor, people get sick: they have diarrhea; their growth is stunted; they die. When the air is poor, people get sick: they cough; they cannot leave their beds; they die. However, they do not look sick when there is lead in their blood. You cannot look at a child who has an unhealthy blood lead level (BLL) and say, "This is not right. Something must be done," because in most cases, there is nothing to see.

Lead (Pb) exposure—which is making headlines in the U.S. because of recent events in Flint, Michigan-- is a major source of critical environmental health risks. But the problem is subtle: Affected children do not perform as well in school. They are late to read. They are slow to learn how to do tasks. Perhaps a few more children are born with cognitive deficits. Perhaps these children have less impulse control. Perhaps they exhibit more violence.

These symptoms are not always understood as an environmental or a public health problem – or indeed a development problem. Instead, people will say it is an issue of morals or of education. They will discipline the children, and then they will take themselves to task and ask how and why they are failing to raise these children correctly. Furthermore, they will have no idea that the problem is in the children’s blood.

Young children are particularly vulnerable to lead exposure. Studies have documented that exposure leads to neuropsychological impacts in children--including impaired intelligence, measured as intelligence IQ losses--at blood lead levels even lower than 5 micrograms of lead per deciliter of blood (µg/dL).  So, clearly, the effect occurs at even very low BLLs.

Exposure to lead also has many health consequences in adults, including increased blood pressure, cardiovascular disease, and reproductive effects. And numerous researchers have postulated a relationship between prenatal and early childhood lead exposure, and subsequent criminal behavior. (Indeed, one hypothesis about the still-poorly-understood 1990s drop in U.S. crime rates is that it was caused by a decline in BLL).

But lead is still a pervasive challenge in many of the countries where the World Bank works to reduce poverty and increase well-being.

Consider for example, the situation in Pakistan, where I had the privilege to lead a study for the World Bank (Sustainability and Poverty Alleviation: Confronting Environmental Threats in Sindh, Pakistan). In a study of 18 districts of Karachi in 2007/08, lead concentrations exceeded the WHO guideline limit of 10 micrograms per liter of water (µg/L) in 89% of the sampled sources. In a study of groundwater quality throughout the Sindh province (excluding Karachi), 54% of samples contained lead concentrations above 10 µg/L, and 23% of the samples contained more than 50 µg/L. The highest measured concentration was 111 µg/ (Junejo, n.d.). Based on these studies, we estimated that lead in drinking water results in an average BLL of 3–4 µg/dL among children under five years of age in Sindh and may be responsible for over 50% of suspected cases of BLLs among these children.

Across the globe, in Mexico, lead-glazed utensils used for cooking and food storage are a major source of lead exposure.  Mean BLL among children 4–9 years old living in a pottery-making community in Trinidad, Tlaxcala, was as high as 19 µg/dL as recently as 2008–09 (Flores-Ramirez et al, 2012).  A World Bank (2015) report found that the benefit of purchasing a new set of utensils that is not lead glazed is 6.5 to 69 times greater than the cost of buying new utensils in households that recently gave birth to a child.  The benefit to adults of purchasing a new set of such utensils is less than for young children, but still 1.8 to 3.8 times greater than the cost of the set.

Reducing lead levels can often get lost, as a priority, within the context of other environmental health risks, but the potential gains from reducing lead levels are enormous. For example, the cost of lost IQ points is estimated at 1.6–3.5% of Sindh’s 2009 GDP, with a midpoint estimate of 2.5% of GDP.

Although there has been significant progress in the last 30 years in reducing lead levels, significant dangers still exist. In most of the world, children's lead levels remain far above the levels at which researchers have found harmful cognitive effects. This is not a problem that afflicts just a village here or there. There are hundreds of thousands of villages, towns, and cities whose children will never reach their full potential because of the lead running silently through their blood.
Topics
Environment
Poverty
Social Sustainability and Inclusion
Water
Countries
Colombia
Mexico
Pakistan
Peru
Regions
East Asia and Pacific
Latin America & Caribbean
South Asia