Limiting the Spread of Diseases that Climate Change is Making Worse 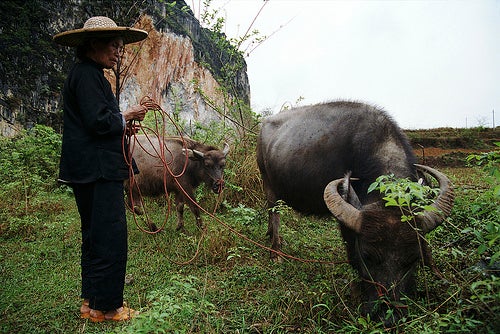 Rift Valley Fever, which can infect both humans and animals, has long plagued East Africa. And climate change, in combination with urbanization, population growth, and travel, can increase conditions that are favorable for this disease and many others.

Temperature, humidity, and rainfall will be affected by climate change –and each can influence the way that disease develops and spreads. Mosquitoes, for example, thrive in warm, humid climates. As climate change alters the geography of these conditions, the number and range of mosquitoes will also change, spreading the diseases that they carry, and exposing populations that have never before seen them. But this is not just true for mosquitoes – ticks, midges, and other vectors that carry disease also stand to have greater impact with climate change.  The impact will be felt—with increasing intensity– by both humans and animals. Of the nearly 340 diseases that have been identified in humans since 1940, ¾ are zoonotic, passing directly from animal species to humans.

As we change the environment, we must understand that we may also make ourselves more vulnerable to disease.  Our new report, Reducing Climate-Sensitive Disease Risks, explores the interconnectivity of climate, health, poverty, and prosperity and outlines some of the key risks that climate change poses to animal health, human well-being, and economies.

In this report, we explored the impact of climate-sensitive disease on livestock – the sector accounts for 40% of global agricultural gross domestic product, employs 1.3 billion people, creates livelihoods for 1 billion of the world’s poor and provides one-third of human protein intake. As a result, there is strong economic and disease data that can be used to make a case for reducing climate-related risks (in humans or in animals). In this case, that means avoiding famine, lost livelihoods, and hundreds of millions in economic damages.

So what can be done about it?

Decision makers need accurate data—they need to know where and when climate-sensitive diseases occur in order to be able to address them effectively. In many countries, health officials have established surveillance networks to collect, analyze and share disease data.  For instance, animal health workers and veterinarians in rural Kenya have used mobile phones to monitor and report animal diseases on 1,600 farms.

Environment and disease data mashups and visualizations can inform risk maps that help countries forecast disease trends in a changing climate. They make it possible to identify areas that pose the greatest threats so that resources and actions can be prioritized. In the Horn of Africa, researchers have successfully used satellite images and climate data including sea surface temperature and rainfall patterns to map out areas that are ripe for Rift Valley Fever outbreaks. Similar maps have also helped Thailand identify free-grazing ducks as a leading vector for a strain of avian flu. This led to the government’s ban on long-distance transportation of these ducks, which resulted in fewer outbreaks.

Surveillance systems and risk maps are key to developing “early warning systems” that are the first step towards reducing climate-sensitive disease risks. Farmers and country leaders can also be trained to understand and react to early warnings. Governments and investors need to know there are solutions to these sometimes seemingly intractable problems – and that by working in partnership, across sectors, with the latest science and knowledge, we can create a safer, healthier, and more sustainable world.