Mauritania’s race against the rising sea 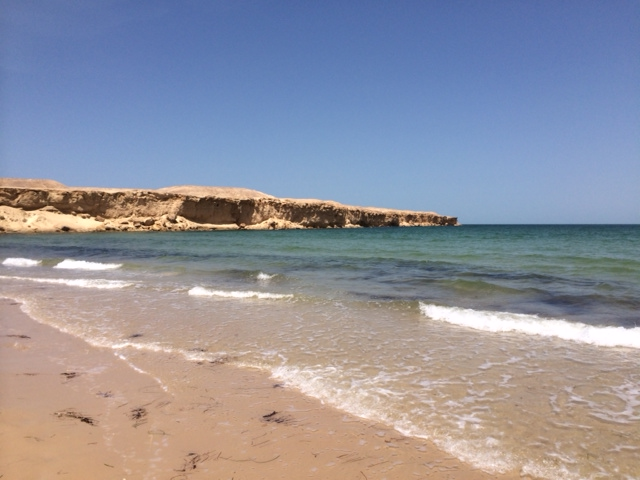 “If we don’t take action now…the city of Nouakchott will soon be underwater.” These words, spoken by Mauritania’s Minister on Environment and Sustainable Development Amedi Camara, during a recent workshop in the country’s capital city, echoed a recurrent theme during our visits with Mauritanian authorities and local communities alike. They have stuck with me since.

​Floods are not a new phenomenon for Nouakchott. A busy port city on Africa’s west coast, Nouakchott is mostly below sea level and is particularly vulnerable to rising groundwater levels, seawater intrusions, porous soils, sand extractions, and heavy rains in low-lying areas. Poorly planned port infrastructure has dramatically altered the dynamic and flow of sediments along the coast leading to substantial erosion in the city’s south (up to 25 meters annually in some years).

To make matters worse, severe and sometimes deadly floods have struck the city in recent decades. Extreme weather and human interventions have played a significant role in making the capital, with one-third of the population, or 1 million people, increasingly vulnerable to floods.

Climate change predictions are upping the stakes on what is already a precarious situation. Poor urban planning, lack of storm drainage systems, population growth, and urban sprawl will do no favors for the country in the coming years. Current estimates predict rising sea levels of 20-50 cm by the end of this century. In West Africa, a rise greater than the global average is expected, with dramatic consequences for cities like Nouakchott.

While Mauritania is investing in significant sand dune fixation and tree planting, these solutions will only partially address the problem of coastal erosion. What will make a significant difference is a comprehensive approach to coastal management; one that integrates urban land use, pollution control, solid waste management, development of sustainable fisheries, port infrastructure, impacts of climate change, and disaster risk management, and acknowledges that all inextricably linked.

Fortunately for Nouakchott, Mauritania is headed in that direction. It has embarked on a strategy to protect and develop its coastal assets, with the objective to support the implementation of the 2007 Mauritanian Coastal Master Plan (or Plan Directeur d’Aménagement du Littoral Mauritanien, PDALM in French). This plan suggested a number of concrete recommendations, including the creation of a coastal observatory.

To help Mauritania implement this plan and cope with the rising climate challenges, the World Bank, as part of a new regional technical assistance program on West Africa’s coastal areas, is providing targeted support that will assist Mauritania in identifying key sectors and priority areas of investments along the coast, based on the estimation of the cost of coastal zone degradation, lost opportunities and interventions that are environmentally, technically, financially and socially sound.

The World Bank’s technical assistance over the next year will also support the mainstreaming of climate change and disaster risk management elements into the country’s legal and regulatory documents.

Mauritania today is at an important crossroads. Our job is to make sure that the country, endowed with a 700 km coastline and exceptionally rich biological resources, makes the most of its coastal assets and safeguards the livelihoods of communities living on the edge.
Topics
Climate Change
Disaster Risk Management
Environment
Countries
Mauritania
Regions
Africa I think that strong leadership and coordination between varied stakeholders and institution involved is the key point in delivering the solution proposed to the current condition and hopefully will contribute and make significant impacts.
Act is simply transforming idea from paper to reality!!
I hope to hear your progress soon..
Warmest regard from Indonesia the archipelago country

I did not see in your article any reference to National water company SNDE contribution in the problem, they pump thousands meter cubic from river directly underground of Nouakchott due to the poor quality of water networks they cubic meters goes trought pipelines leaks, if your partner in this study/project is a public organization (The minister) they will not point another publice organization (SNDE) as part of the problem! Politics.