Moving Toward Gender Equity: It Takes Strategy and Opportunity 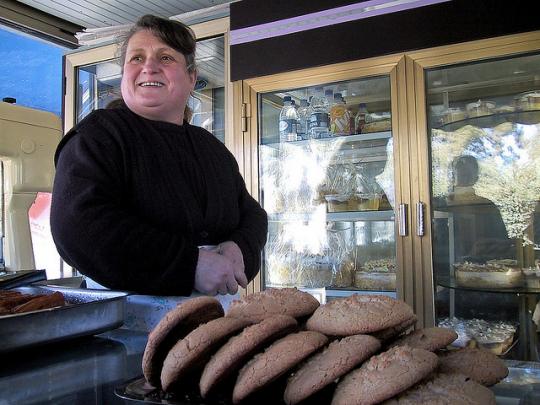 “Maybe in the Middle East … but in our part of the world, there is no gender inequity.” As an Egyptian, I wasn’t surprised to hear such assertions from colleagues when I arrived in the Eastern Europe and Central Asia region to deliver a program aimed at creating opportunities for women in the private sector. With its socialist legacy, the region prided itself on gender equality. Women were historically well-represented in the state-run economic systems. I looked at legal frameworks and the Women, Business and the Law indicators and found little evidence of discrimination. Laws on the books were overwhelmingly gender-neutral. I was puzzled.

Then I studied data from the World Bank’s Enterprise Surveys: Women’s rates of participation in the private sector told a different story. Women’s status seemed to be collapsing with the state systems and falling as markets started opening. For instance, now, only 36% of firms in the region are owned by women; that is a lower percentage than in East Asia (60%) and Latin America and the Caribbean (40%). Only 19% of companies in Eastern Europe and Central Asia have female top managers, compared to 30% in East Asia and 21% in Latin America and the Caribbean.

So I faced the daunting task of delivering a gender program in a region where few believe that there are gender issues to address.

Lesson 1: Start with a Few Enthusiasts and Champions

My very presence among the IFC’s team in Eastern Europe and Central Asia was a sign that people were starting to see the paradox. Our team has data that prove that businesses and economies produce better results when women are fully included. We know that women are drivers of smarter business and economics.

Women as a group represent an opportunity. That’s the part that we had to explain to colleagues and business partners. To work on building awareness, I started by identifying the teams who were already doing gender work.

The team supporting IFC’s work toward more transparent, gender-inclusive corporate governance in the region had commissioned a study, "Women on Corporate Boards in Bosnia and Herzegovina, FYR Macedonia and Serbia,” and had held a regional conference, “Women on Boards of Directors and Women Leadership,” in Sarajevo. The team had keen gender champions and product areas in which women’s contributions were well-defined. Other colleagues had closed three deals with lending support for women-owned SMEs in the region with Abank, Fiba Banka, and Garanti Bank of Romania.

I reached out to the gender champions involved in the endeavors and involved them in the awareness-building effort. This is what I advise fellow gender specialists and other development professionals facing a gap in consciousness of their issue to do.

More activities to involve women in business followed — finance deals for women-owned businesses with Sekerbank and Transcapital Bank, and in Bosnia and Herzegovina, Serbia, Azerbaijan and Tajikistan, training for women on boards and in company leadership.

Lesson 2: Be Strategic and Opportunistic

I found that the best way to address an issue shrouded in denial is by being strategic while focusing on the low-hanging fruit at the same time. Follow two parallel tracks: Stick to your gender strategy’s key themes by setting out and following the building blocks of a work plan. That’s being strategic. The second track? Be opportunistic about where you start in your plan.

Lesson 3: Tailor the Message to Your Audience: Speak ‘Business’

Enthusiasts and supporters aside, I was struggling with how to engage the wider business — some colleagues who were focused on their individual investments. What worked best was speaking their language. The unfairness of gender inequity seemed only to resonate with development practitioners.

What got investment officers and client-relationship managers genuinely interested was a value proposition. Andrew Lake, who looks after mobile banking, once told me: “I would love to do a deal with a company in Turkey. If under-served women are a potentially large target market for one of these companies, then gender is an angle that can help me partner with a potential client.” That’s what it boils down to: Communicate about gender as a driver of smarter business.

To reach my goals, I had to define the market opportunity for companies that weren’t reaching out to women. I looked at how clients could produce better results by including women as employees and executives and in supply chains. Using our client list as a starting point, I researched data about women’s markets in certain areas and industries.

“Clearly the women’s segment in the banking sector is the most compelling business opportunity,” my colleague Ulugbek Tilyayev said. Indeed, since the launch of the Banking on Women program, IFC has enabled more than 20 banks to provide financing worth nearly $700 million for women-owned small and medium enterprises. Partners have included BII in Indonesia, OCB in Vietnam, Acleda in Cambodia, Access Bank in Nigeria, Banco Itau in Brazil, and Banco Internacional in Chile.