Poland’s Junk Contracts - Or A Tale of Labor Market Duality 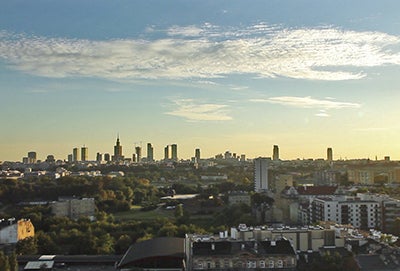 The journalist who came up with the name junk contracts for the Civil Law Contracts (CLCs) that now regulate the employment of anywhere between 1 and 1.4 million workers in Poland must have known a thing or two about capturing national sentiment. In a country which skillfully skirted the great recession and continues to display stable growth, the gap between employment conditions of those who work under CLCs and the rest of the labor force is a lightning rod for debate.

Poland is not alone in tackling a dual labor market – a market which is characterized by different types of employment and where access to the “good” job sector is limited. For example, reforms in the early nineties in Spain and Italy liberalized hiring terms in an attempt to inject some dynamism into labor markets that were otherwise rigidly regulated, especially in terms of dismissal. Because of the opposition of social partners, these reforms hardly touched the established rights of those who already had a job (often referred to as “insiders") but introduced a variety of new contractual forms for employment, often with limited access to social security and with fixed terms. These reforms resulted in two-tiered, dual, labor markets, where insiders – typically prime age male wage employees – could continue to count on protected, often lifelong, employment while outsiders – youth, women, the unemployed – would enter the labor market through a series of short-term contracts, with a slow rate of transition towards open-ended, more secure employment.

With 25% of wage workers in fixed-term employment, Poland leads the OECD pack in terms of temporary jobs. Yet the duality it struggles with is its own variety: not so much the divide between fixed term and open-ended employment, but instead the gap between regular labor contracts (whether fixed term or permanent) and junk contracts/civil law contracts (CLCs).

CLCs are foreseen for employment that is self-contained in time, does not require the worker to perform his/her duties in a specific workplace, and can be defined in terms of results rather than reporting to a manager. Besides being fixed term, CLCs do not abide by minimum wage regulation, do not envisage annual, maternity, or sick leave, require no or limited social security contributions, in some cases do not even need to be put on paper, and are not adjudicated by labor courts.

These contracts are – surprise, surprise – quite popular with employers: they enable cost-cutting, they are simple to use, and with no strings attached, so to speak. On the other hand, with the exception of older workers (who value the flexibility of CLCs) and some workers with higher education (mainly in the arts and high tech professions) – the vast majority of employees strictly prefer permanent employment.

Is the use of junk contracts a problem for Poland?

A recent World Bank policy note, drawing both on quantitative data and on focus group evidence, indicates that transitions from temporary employment into better jobs is low; that workers in open-ended contracts earn significantly more than workers with similar skills in temporary employment; and that abuse of CLCs is on the rise. CLCs turn out to be most prevalent among low-skill professions - such as security guard, cleaning and catering services – a far cry from the narrative prevalent in the literature, which associates atypical contracts with the technological revolution and high-skill IT jobs. In the case of Poland, competition on labor costs, which is in part driven by the procurement practices in the public sector, seems to be the name of the game - it’s a (labor) buyers’ market out there.

Overall, workers with CLCs face worse working conditions and are more vulnerable to the vagaries of the business cycle. Banks know as much, so they are unwilling to extend them mortgages (with all its implication in terms of transition to adulthood and family formation for youth). Finally, these workers are not building pension rights. At the same time, CLCs also fulfill some good functions: in some regions, where productivity is low and lacking a suitably geographically differentiated Minimum Wage, CLCs allow formal employment for low-skill workers. They are also effective in bringing older workers back to the labor force - no small feat in a country where participation among the 50+ continues to be low. Yet, there is no doubt that CLCs - as they are now designed - are vastly abused.

Much of what is likely to happen if CLCs are redesigned will have to do with what is the right counterfactual: would limiting the use of these contracts lead to better employment or more informality and potentially more unemployment?

A strategy that aims to reduce the gap between CLCs and labor contracts - increasing the cost of CLCs, reducing the cost and complexity associated with labor contracts - and is combined with suitably designed tax and active labor market policy measures can go a long way in reducing duality and dampen the potential adverse effect on employment. Progressively aligning social security contributions with labor contracts and improving enforcement to limit their use to instances in which they are justified by job characteristics can reduce CLCs abuse and sustain a more equitable intergenerational distribution of old-age risk. Simplifying the (now extraordinarily complex) labor regulation and increasing awareness around it, especially among small and medium firms, as well as lowering the procedural cost of dismissals (including the expected costs associated with judicial review) are likely to make labor contracts more palatable to employers. Finally, raising the nontaxable allowance of labor income could make labor contracts more accessible for low-skill workers currently on civil contracts since a tax exemption would maintain stable the take home pay without excessively increasing the gross labor costs for firms.

Recent steps bode well: an increase in social security for some civil contracts and recently approved changes to the child tax credit in personal income tax that will increase the support for families with many children. The big ticket item though will be addressing the many intricacies and disincentives posed by the current labor code. Labor code reform is a though one - really - but, given how effectively Poland has gone about tackling other complex reforms, it might get done.
Countries
Poland
Regions
Europe and Central Asia