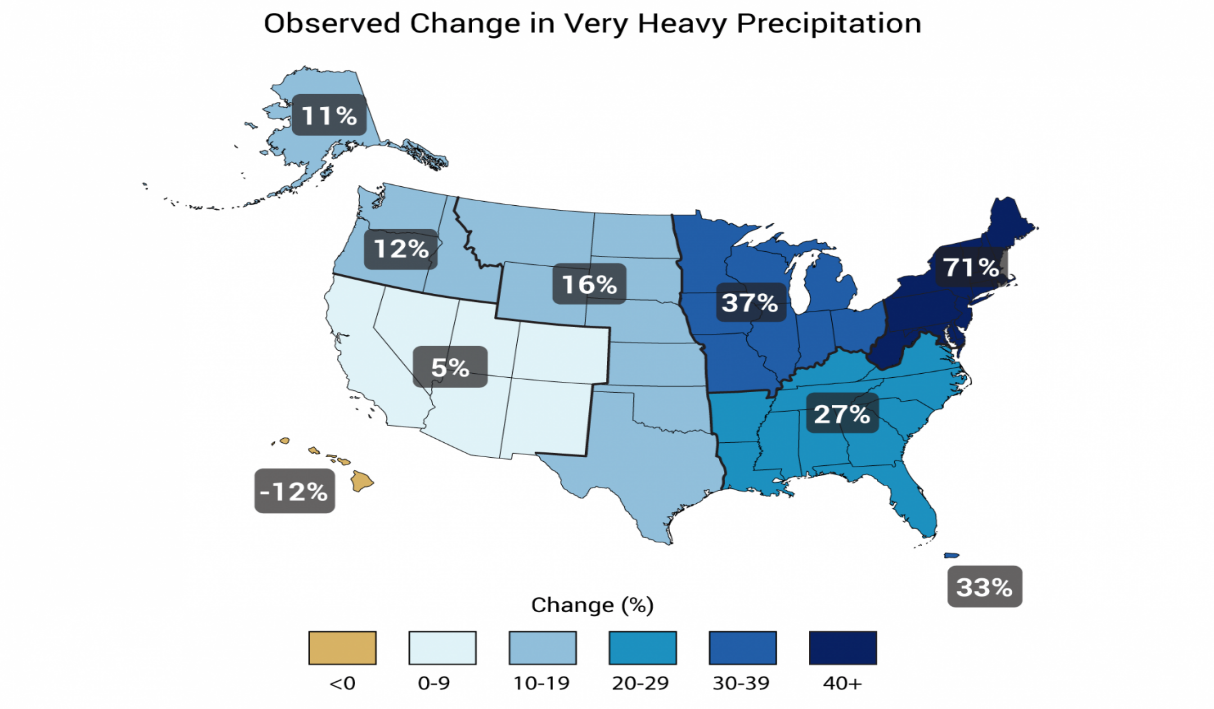 It's been a snowy winter—not only here in Washington D.C., but also in places I travel, namely Jerusalem and Amman. The past week, the snowmelt runoff into Rock Creek in D.C. has been a sight to watch. It's also been a teachable moment for my daughter: we've talked about how snowmelt contributes to surface water flows.

Actually I talk, and she goes "okay, okay" looking out the window.

She and I have learned a few new facts to share: one is the linkage of irregular precipitation associated with global climate change.

Chris Mooney, the environment and climate change writer for the Washington Post, recently wrote a great article explaining why more snow is another result of climate change. D.C. is on the south border of the NE of the United States, where, as you can see from the map, (provided by the US National Climate Assessment), extreme rain/snow events have increased dramatically. Similarly, in Jerusalem three weeks ago, the snow came with sleet, blueberry-size hailstones (see below) and lightning. 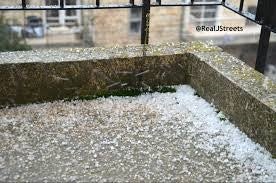 Often snow now melts more rapidly than it once did, due to temperature fluctuations, causing more flooding in urban regions. When Jerusalem had snow, Gaza had rain, and lots of it, as well as the runoff from nearby Israel.

Not only can this be a water quantity issue, it can be a water quality issue. Snowmelt runoff in early spring could also play an important role in deteriorating the water quality of the receiving waters. Rivers and creeks just awaking from freezing constitute a frail ecosystem, with poor self-purification capacity.

Thus, urban snowmelt runoff can carry diverse pollutants accumulated during the winter , such as coal and/or gas combustion products, snow melting agents, automotive exhaust and so on, which seriously threaten the receiving water quality.

As most of runoff research has focused on rainfall runoff, snowmelt runoff is still a neglected field of study. Due to the considerable water quantity and the worrisome water quality, snowmelt runoff in urban regions with large impervious surface areas could become, if not already, among the important targets in urban nonpoint source pollution management and control.

So, for those of you in places emerging from the winter, enjoy the snowmelt.  Hope you find this more interesting than my daughter did...
Topics
Climate Change
Environment
Urban Development
Water
Countries
Israel
Jordan
United States
Regions
Middle East and North Africa
The World Region