Are Super Farms the Solution to the World’s Food Insecurity Challenge? Ten Questions You Need to Ask Yourself 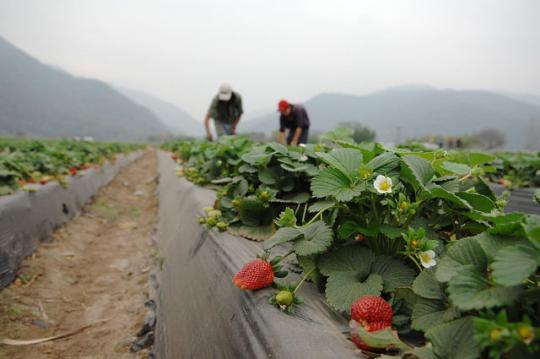 Today there are 842 million who are hungry. As the global population approaches 9 billion by 2050, demand for food will keep increasing, requiring sustained improvement in agricultural productivity. Where will these productivity increases come from? For decades, small-scale family farming was widely thought to be more productive and more efficient in reducing poverty than large-scale farming. But now advocates of large-scale agriculture point to its advantages in leveraging huge investments and innovative technologies as well as its enormous export potential. Critics, however, highlight serious environmental, animal welfare, social and economic concerns, especially in the context of fragile institutions. The often outrageous conditions and devastating social impacts that “land grabs” bring about are well known, particularly in severely food-insecure countries.

So, is large-scale farming—particularly the popularly known “super farms”—the solution to food demand challenges? Or is it an obstacle? Here are the 10 key questions you need to ask yourself to better understand this issue. I have tried to address them in the latest issue of Food Price Watch.


1. What is a super farm?
There is no widely accepted definition of the minimum area (or livestock headcount) that a farm must have to be considered a “super” farm. Some studies use 500 hectares (ha) while others use 10,000-15,000 ha as the threshold for large-scale agriculture. For example, the median farm size in Brazil’s savannah region is around 1,000 ha, but many exceed 10,000 ha. In South Asia, a typical oil palm mill averages 10,000 ha. In Sub-Saharan Africa, some farms exceed 100,000 ha, while in the Russian Federation, some are even larger than 300,000 ha.

2. Are all super farms the same?
Super farms are quite heterogeneous in terms of the capital involved (foreign, national, or mixed; private, public, or combined), property terms (lease or purchase), production model (land concentration or independent small farms) and degree and terms of integration (vertical or horizontal integration), among other criteria. What brings them together is their large scale of operations, large investment flows, and an unambiguous profit orientation.

3. Is a super farm the same as a land grab?
No. Oxfam defines a land grab as an acquisition of land that involves one or more of the following circumstances: violation of human rights; affected communities did not provide free, prior, and informed consent; lack a proper assessment of social, economic, environmental impacts; lack transparent and competitive contracts; or disregard meaningful participation. There are legitimate large-scale farming operations that do not engage in these behaviors.

4. Do super farms exist only in the developing world?
Super farms are not unique to the developing world. There are sprawling farms all over the world, from the United States, the United Kingdom, and Australia to middle-income countries such as Brazil, Chile and Vietnam, as well as poor and fragile countries such as the Democratic Republic of Congo, Liberia, and Sudan, to name just a few. Neither do super farms imply that investments flow exclusively from rich countries into developing countries. For example, China has engaged in large-scale farming in Africa, while also developing large farms domestically. Similarly, Brazil is exploring new deals in Mozambique in addition to farms in its savannah region. Trinidad and Tobago has been exploring the possibility of developing such activities in Guyana.

5. What are the benefits of super farms compared to small farms?
For decades, small family-operated farms have been thought to be more productive than larger commercial units. Family workers typically are more motivated than hired workers, require less supervision, and have a more intimate knowledge of local conditions. Small farms are also more flexible when seasonal and annual variations require adjusting labor demand. Yet, large-scale farming can potentially provide multiple benefits. Acquiring and processing information and technology is cheaper for large farms and gaining safety, environmental, and/or product identity certification is easier. In some cases, large operations can fill gaps in public services, constructing their own port terminals for exports. They can also access international capital markets and conduct their own private research and development.

6. What problems do super farms cause?
The list of potential problems is indeed large. In cases of corruption, weak land governance and institutions, investments without compensation can damage traditional users and cause inequality in land ownership. They can also generate environmental risks when they expand into tropical forests or produce uncontrolled waste disposal. There can be  serious concerns regarding sanitary conditions—because agglomeration makes it easier for epidemics to spread—and on animal welfare—due to zero grazing (that is, very limited or no grazing of livestock in open fields). Land speculation also has been denounced by civil society and other stakeholders, with increasing evidence of large land acquisitions either not having resulted in action on the ground, or having been associated with inequality and resource degradation.

7. Do super farms have a positive impact on poverty and employment?
Evidence has shown that small-scale and family farming can reduce poverty and increase employment. They are labor intensive and favor food security in areas of high poverty incidence. But this information should not be taken to imply that large firms do not have potential to impact poverty. Unfortunately, evidence on specific large-scale farming impacts remains scarce but it points to sizeable employment and economic opportunities, for example in Brazil, Indonesia, Liberia, Peru, and Ukraine. This is more so the case among relatively labor-intensive crops such as oil palm, sugarcane, rubber, or jatropha.  What is troubling is that studies also find increases in income inequality and in social costs (for example, increased medical costs from respiratory illnesses related to increased pollution). But neither benefits nor damages should be assumed automatic or intrinsic. More evidence is needed.

8. Can super farms complement small-scale agriculture?
A view typically held among international institutions is that small- and large-scale farming can coexist because they have different comparative advantages depending on land and labor abundance, functioning of institutions and property rights, and the extent of yield gaps and types of crops. A more critical view –among academics and civil society organizations– argues that large-scale farms tend to become monopolies and crowd out small farms.

9. Are super farms a solution to the increasing demand for food?
The jury is still out. Simply put, more evidence is needed to form conclusions on the net economic, social, environmental, and welfare effects. It is probably equally ungrounded to hail super farms as a solution for future food security challenges as it is to rule them out on the basis of outrageous episodes of land grabs. A lot of empirical work is needed to understand their impacts and also to develop effective and enforceable responsible investments and standards.

Note: This blog is based on evidence reported in several academic journals, reports, and strategy papers. For specific references and citations, please see the November Food Price Watch. Thank you, mr. Cuesta, for this interesting blog post, lots of interesting stuff in there.
My problem with most of the debate on super farms is its focus on the economic effects like efficiency, direct poverty effects, and food security. These issues are extremely important, obviously, but what about the political implications of large-scale farming and their effects on long term development? Some of the fastest growing NICs in East Asia have proved that it is crucial to have a politically powerless, "squeezable" agricultural sector based on peasant farming. Are largescale, powerfull farmers, domestic or international, not directly blocking industrialization policy potential that gave rise to economies like Taiwan and South-Korea? Taking this reasoning to the extreme: do superfarms mean an Africa less able to move away from agricultural economies? If this is the case in the long term, it has to be included in the cost-benefit analysis of superfarms. What is your opinion on this?

Perhaps the article shold distinguish between farm gate food product prices and retail prices to consumers. This margin depends very much on the efficiency and competitiveness of the marketing/processing chain and may not be amenable to careful analysis when one is confined to the terms of the simplistic "super farm" discussion in the post. I would have expected a more careful discussion of the isssues in a statement by the Bank.

Congratulation.
Thank You Very Much for mail.
Please any of opportunity by e-communication, I appreciated.
Sincerely Yours.
Co.,Smile./ Yoo I Lee.

Though idea is not new, however discussion is important for better understanding. The major problems with super farms are environmental, profit driven investors in many cases take undue courses to influence local policies to maximize their business and profit. This eventually damage the ecosystems. Again large farms sometime may opt for mechanization which again reduce local employment generation prospect.

In Punjab state of India, farm equipments are purchased by village level cooperative societies. These implements are then rented out to the member-farmers, who are usually small farmers. In that way, the element of easy farm machinery availability in superfarms gets introduced in the small farming sector. I think if such cooperative farming models are introduced for testing in other places in developing countries, many desirable features of superfarms can be used for enhancing food security and farm profits.

An important topic and first I would question the name 'Super Farm' which does imply some 'extra efficiency' or other benefit. I am working in Ukraine, where we have 'Mega Farms' - let's say over 50k Ha but many are over 200k Ha. First there is a fundamental misconception that there is a never ending economy of scale - this is just untrue - a big tractor can do about 10k Ha and above that you need another one. My best example is an American Farmer with 2,000 Ha who runs it himself with some part-time help at harvest and his wife, who works somewhere else, does the accounts in her spare time. Mega Farms are less efficient as they employ many managers / supervisors to ensure work is being done properly and these produce nothing. The only real advantage these farms have is that (for now) they have been able to raise finance from investors but there is very little evidence that these farms can make sustainable good profits from farming and plenty of evidence to show that the traditional family farm or smaller commercial farm (say up to 20k Ha) are far more efficient. However the Mega Farms are able to buy the latest equipment and, importantly, invest in grain storage and drying and processing and this is where they have made profits. Certainly they would be more profitable by forgetting about farming and buying in their grain from regular farmers. This would also address the issues of employment and poverty reduction.