The Prize & Price of a Hot Breakfast 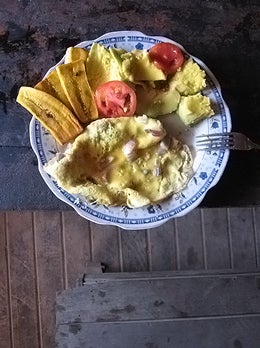 Without a doubt my most vivid memories from my work on the new gender report On Norms and Agency: Conversations about Gender Equality with Women and Men in 20 Countries were my journeys to Peru and Liberia to pilot questions for focus groups. We conducted pilots in rural and urban areas, but as terribly different as these settings were, the level of similarities that emerged surprised me.

Namely, I imagined that traditional gender norms would be much less apparent in modern and rapidly urbanizing Lima when in fact, it was not the case. Young women in Lima described their day as getting up before sunrise in order to get a hot breakfast on the table, and then juggling a flurry of activities - including part-time work as supermarket cashiers and bank tellers. The descriptions were very similar to those we heard from women in other countries.

It was startling that gender norms in a modern city were not much different from norms in a rural community of a low-income country. Just like women from poorer and more traditional places, women in Lima helped their husbands make ends meet on top of long hours of household work. Just like in less developed communities, teenage pregnancies for girls as young as 12 and 13 were cited as a problem of deep concern. All of this in a place where girls went to high school and college, and had access to a modern family planning clinic right in their neighborhood.

I particularly remember one woman in a focus group in Lima who remained silent as the researcher, Patricia Zarate, asked the young women how they made decisions about their education, work, and family formation. This young quiet woman, maybe 18-years-old, sat clutching an infant swaddled in pink. I later surmised that she had her choices on display, and perhaps felt no urgency to tell us much else.

When the same questions were directed to young men in Lima, they piled into the room with swagger and talked about their aspirations for jobs – better than those the women identified. And their typical day started by waking up to a hot breakfast. When asked about their most difficult time of day, they answered in silence.

Prompted to describe a typical day for local women, the men only listed housekeeping tasks and joked that women were "the servants." I could only but wonder if the father of the baby might just be sitting there among our focus group of young men.

We also tested a new focus group exercise about how men and women gain power and freedom in their lives. Some of this discussion took me by surprise and really challenged my conceptions of agency. I will only highlight one aspect because the fuller treatment can be found in the book's chapter 4 (pdf). In a neighborhood of Monrovia, Liberia, a man offered that being powerful does not necessarily require money "if you seek the interests of everybody." Others countered that powerful men could be arrogant and have no time for their families.

Among other dimensions, discussions about power filled with talk of behaviors and attitudes, some of which adhered to the normative conducts prescribed for a man or a woman. For women in Lima, they say they can gain power by making decisions, having confidence and self-esteem, and a desire to get ahead – attributes that in fact are more typically associated with masculine than feminine qualities. But crucially, the women also indicated that their children "were a motor" that drove their power and freedom to grow. Unlike for men, putting a hot breakfast on the table is not just a daily chore for women, but may also bring joy and a sense of purpose and empowerment.

I have learned more than anything that sticky gender norms remain, well, sticky and color so much of our lives. And part of their resilience and durability in the face of so much other great change around us must be that core elements of a good wife and mother are so deeply needed, valued, and treasured. But must these desires and values continue to constrain our imaginations about how to share the joys and hardships of running our households more fairly across the communities where we live and work? After all, a powerful man can "seek the interests of everybody."