What developing countries can learn from Alaska 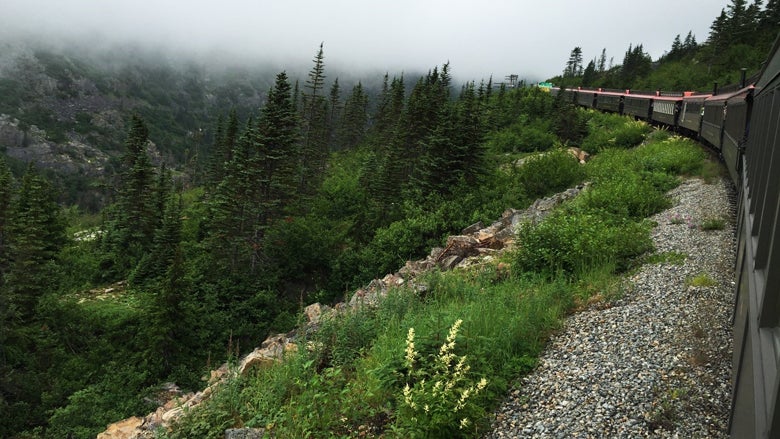 I recently returned from vacation in Alaska, America’s final frontier. This place is massive, twice as big as Texas. It’s so remote that many of the conveniences Americans take for granted simply aren’t available. Prices are high, cell-phone coverage is sparse, and the state capital, Juneau, isn’t even accessible by road. It’s wonderful in summer, but during winter there are only six hours of dim sun.

For the 737,000 people who call Alaska home, life can be a challenge most of the year. The economy relies heavily on energy extraction (80% of state revenue is from petroleum) and the federal government (subsidies and military spending), plus fishing and tourism.

Alaska is not poor. With so much oil, its per capita real GDP ranks first among the U.S. states.

How it got there is fascinating, and I cannot help but notice the similar dynamics going on in many developing countries today. What we experience today — pristine nature and peaceful society — has a troubled past. From subsistence living not many centuries ago, this isolated place went through a series of booms and busts.

The most notable booms were the fur trade in the 19th century, the gold rush at the turn of 20th century, the Great Depression boom (large farmer settlement as part of a government stimulus program), the World War II military spending boom, the oil boom in 1970s, and today a mild boom in tourism (a record 2 million visitors in 2014). Like salmon runs, the booms have been unbelievably strong, then suddenly disappeared.

Unlike salmon runs, life on the frontier is unpredictable and often miserable. But over time, people have always returned to chase their dreams. The development of this frontier has been littered with abuses, including environmental disasters, social abuses, and corruption. This is development at its worst.

At the same time, Alaska provides many examples of development at its best: a cycle of creation and destruction, pollution and cleaning up, again and again, individuals trying their best against all odds, until Alaska reached the affluent and peaceful state it is in now.

Today, Alaska is no longer a frontier. It has mellowed into middle age. The wilderness is carefully managed and monitored. People come here from all over the world to work. They expect a good salary in a safe working environment. They are not seeking a fortune in the rollicking Wild West.

Other than smoke from a forest fire, I saw nothing disturbing during the entire trip. I am sure there are drug problems and other social ills, but Alaska’s development challenges are largely behind it now. After the oil wealth is gone, the natural beauty may become its biggest asset, an asset that will only appreciate over time if well-preserved.

Without its historical struggles, would Alaska have become the success it is today? It’s an open question.

As I was riding the White Pass & Yukon summit train — a civil engineering landmark on par with the Panama Canal and Eiffel Tower — I tried to bring myself back to the territory’s filthy and violent early days, and wondered what I would have done in those situations of extreme danger and hope.

Alaska is a little tree in the global development forest. What can we learn from its story as we aim to end poverty by 2030?

The feeling that more can be done in frontier markets kept hitting me hard. There are many lessons the development community can draw from frontier places like Alaska.

First and foremost, I believe we should have a deeper understanding that there can never be a linear line of progress. There will be ups and downs, and conditions may deteriorate before they improve.

This is not to say today’s frontier markets must suffer from exactly the same growth pains as Alaska in order to develop — modern technologies have made it possible for us to avoid some of the challenges — but it does mean we must have a holistic and long-term perspective. I lived in small Alaskan villages from 1966 to 76. I went back for 6 weeks in 1991 and found it much the same. That is not true anymore - unfortunately the last 2 decades have not been kind.
A summer visit doesn't really show you what is happening - Alaskan permafrost is melting, methane (a powerful GHG) is being released, and villages are sinking. Canada and Greenland and Russian Siberia are melting, too.
About 5 GigaTons of Methane are currently in the atmosphere - another 1000+ GigaTons are in the permafrost and Arctic seafloor - both are warming and will soon release their methane.
I am old and will escape the worst of it. My grandchildren will not.

Its really nice thing to learn about Alaska as on date. I wish what lesson will the developed countries will set as an example for the developing countries? Has Mr.Ted Chu visited any hot deserts and its environment? Compare it and we will learn more to follow.
Best,
R.Ashok kumar